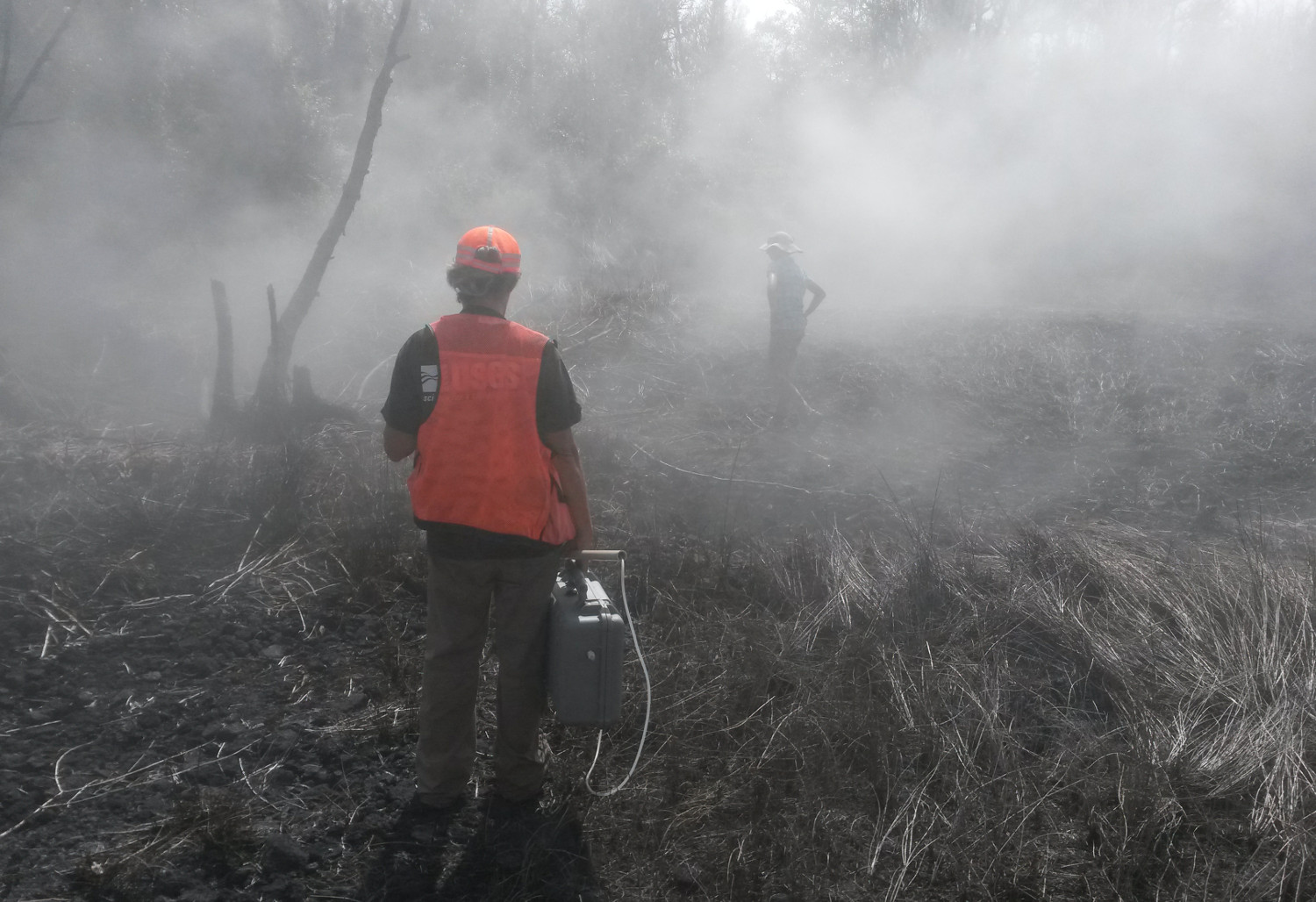 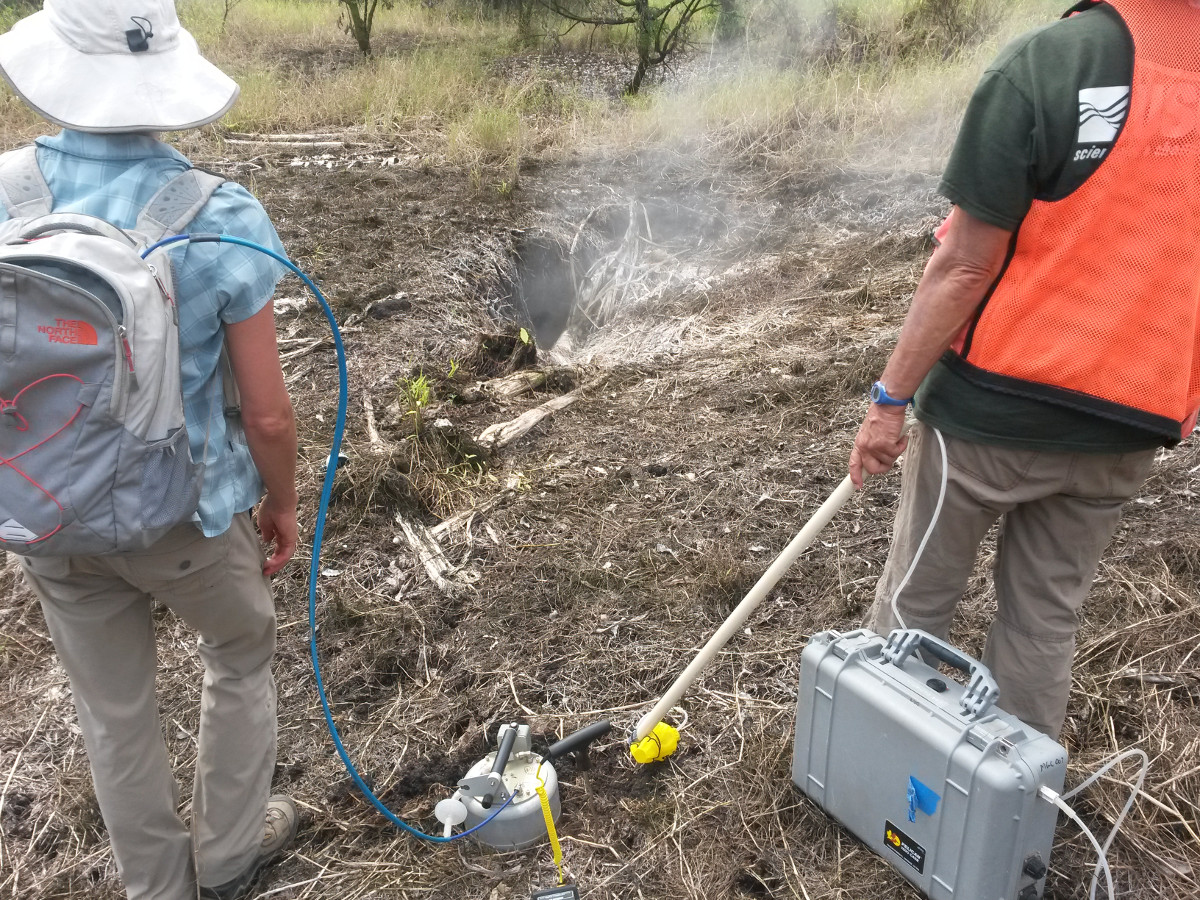 USGS also measured gases in an area uprift of the 2018 fissure system. “In this area, vegetation has died because of lingering heat and steam,” the USGS recently wrote. “In some areas of Kīlauea’s lower East Rift Zone, residents report smelling gases that are likely generated by decaying organic matter rather than magma degassing.”

The continued steaming in the area uprift of the 2018 lava eruption “is the result of continued migration of heat due to movement of subsurface ground water” as the area recovers from the 2018 eruption, scientists say.

Scientists used a closed chamber to measure carbon dioxide emitted directly from the ground near a steaming cracks.

“Although not currently erupting, areas of persistently elevated ground temperatures and minor release of gases are still found in the vicinity,” the USGS HVO write in its most recent Kīlauea update. “These include steam (water), very small amounts of hydrogen sulfide, and carbon dioxide. These conditions are expected to be long-term. Similar conditions following the 1955 eruption continued for years to decades.”