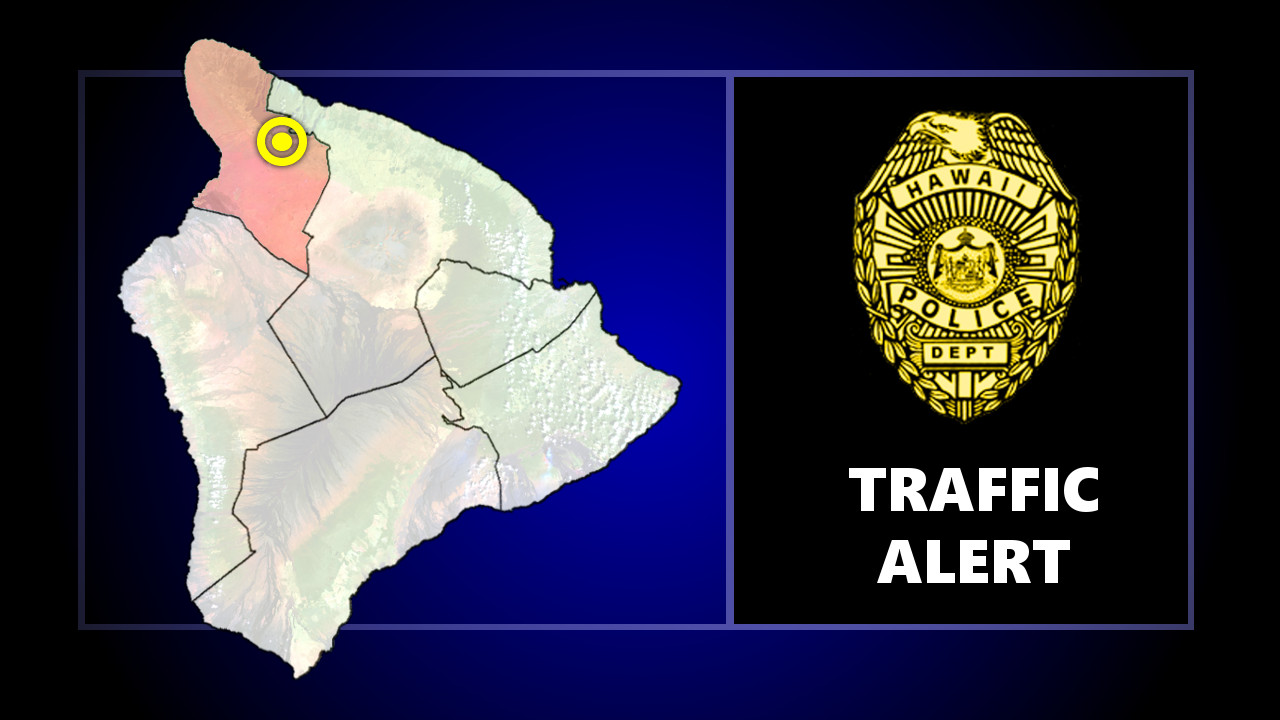 WAIMEA, Hawaiʻi - Kawaihae Road was closed in both directions near the 58 and 59 Mile Markers between Opelo Road and Puʻu Opelu Road, police reported.

A 42-year-old Kamuela woman died following a single-vehicle collision on Wednesday (January 1, 2020) on Kawaihae Road near the intersection of Puu Opelu Road.

The 42-year-old female has been identified as Sylvia Elizabeth Ravaglia.

Responding to a 3:08 p.m. call, police determined that a 34-year-old male from Honokaʻa was operating a gray 1990 Toyota pickup truck when he crossed the double solid yellow line and struck the pedestrian on the shoulder of the westbound (Makai) lane. The 42-year-old female was transported to the Kona Community Hospital, where she was later pronounced dead at 7:44 p.m. (January 1, 2020).

The driver of the Toyota pickup was not injured in the collision. He was later arrested for Negligent Homicide. He is currently being held at the Kona Cellblock.

Police do not believe that alcohol was a factor in the collision.

The Area II Traffic Enforcement Unit is asking for anyone who may have witnessed the collision to contact Officer Jason Foxworthy at (808) 326-4646 ext. 229.

This is the 1st traffic fatality this year compared to 0 at this time last year.

This is a breaking news story that will be updated.