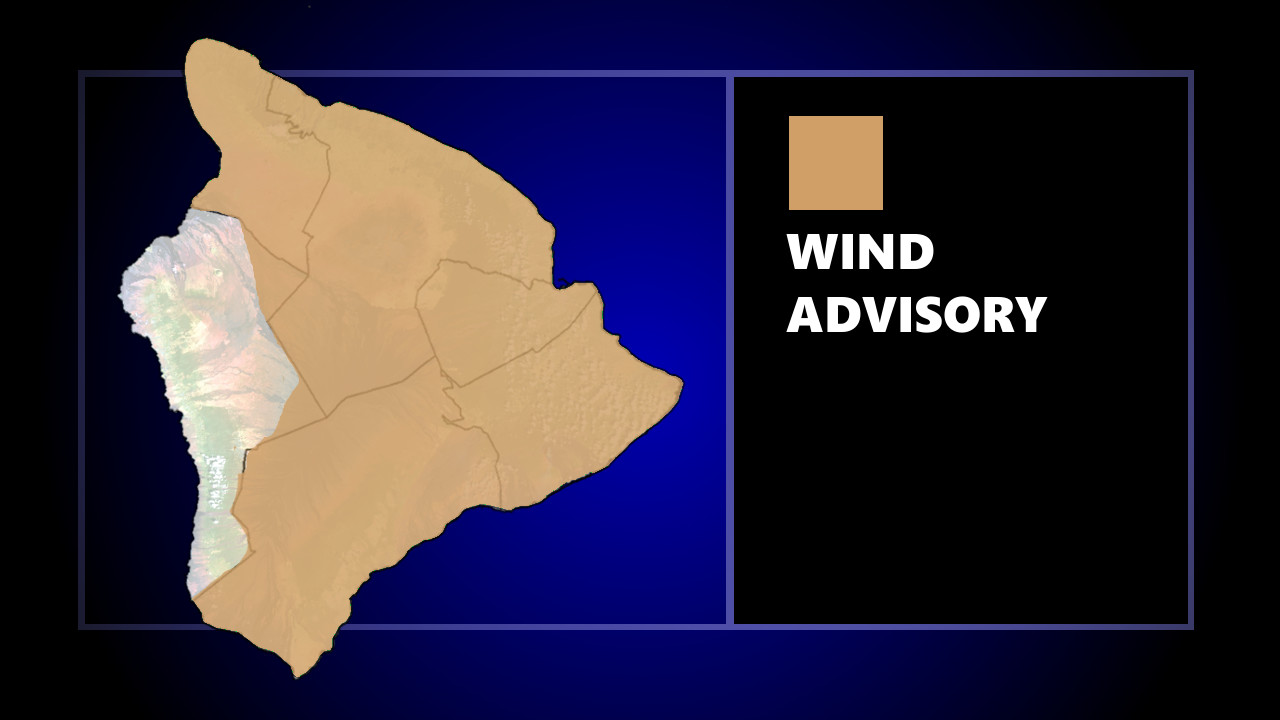 (BIVN) – The High Wind Warning in effect for parts of Hawaiʻi Island has been downgraded to a Wind Advisory, however some beaches along the Kohala Coast remained closed on Tuesday.

The National Weather Service in Honolulu said east winds of 20 to 35 mph with gusts up to 50 mph will still be possible for areas of Kohala, Hāmākua, Hilo, Puna and Kaʻū, while the Wind Advisory remains in effect until 6 p.m. Wednesday.

Due to the Wind Advisory, the Hawaiʻi County Civil Defense said the following are in effect: