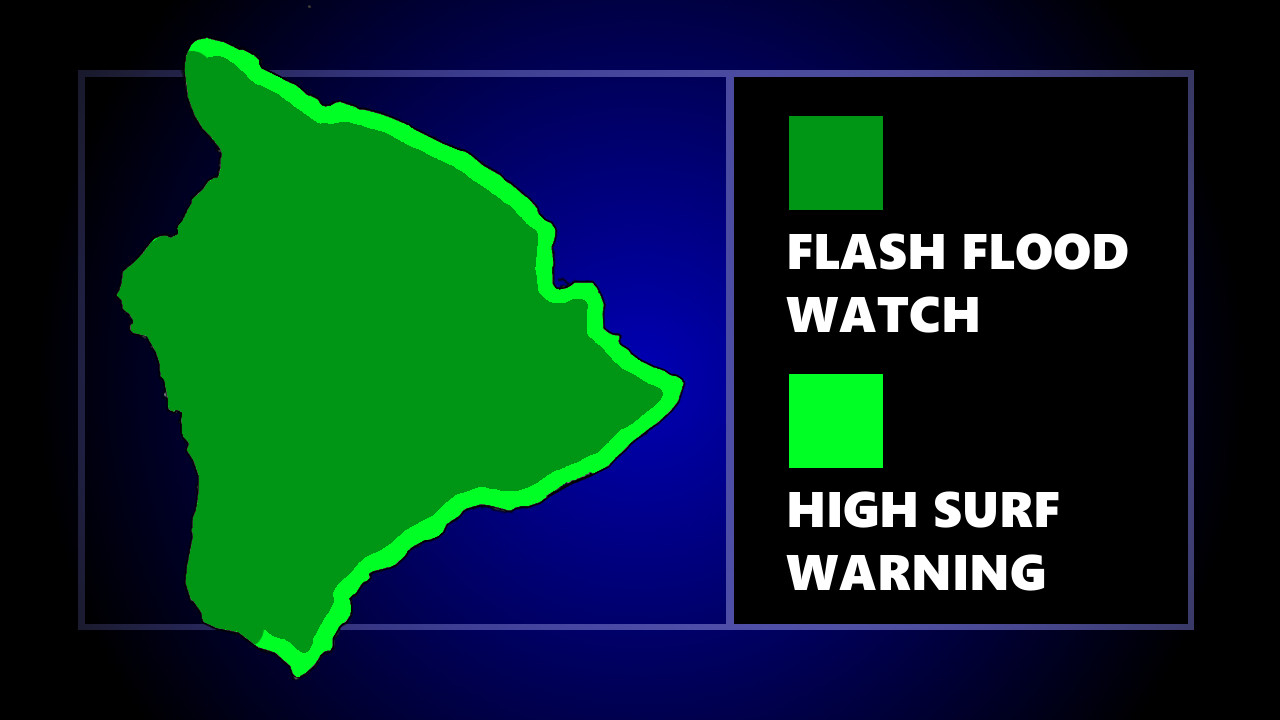 HAWAIʻI ISLAND - A Flash Flood Watch is in effect for the entire Big Island, and a High Surf Warning has been issued for east-facing shores.

(BIVN) – The National Weather Service in Honolulu says a Flash Flood Watch, a High Surf Warning, and a Wind Advisory are all in effect for parts of Hawaiʻi Island.

The Flash Flood Watch is now in effect for Maui and the Big Island through Saturday evening. Forecasters say:

An unstable airmass will move over the islands today and into the weekend, bringing an increase in enhanced showers across the area but primarily the eastern islands. While showers will be possible over most areas, the areas most susceptible to flooding will be windward locations which have already received rain this week.

There is already one road closure reported at this time. Officials say Kinersley Road and Hawi Road in North Kohala is closed due to a down utility line. The County says motorists should detour through Hawi Transfer Station Road.

A strong high pressure system northeast of the state will maintain very windy trades through late this afternoon, keeping a Wind Advisory in place. The strongest winds will be over and downslope of the mountains, forecasters say. Wind gusts could reach up to 50 mph.

The summits of the island could see some snow over the next few days, as “extensive fog, ice, high humidity and flurries are likely to plague the summit through the next 5 nights,” the Mauna Kea Observatories forecast says. “There is also a chance for periods of heavy snow at virtually anytime, mainly after tonight. Extensive daytime clouds are expected throughout the forecast period.” 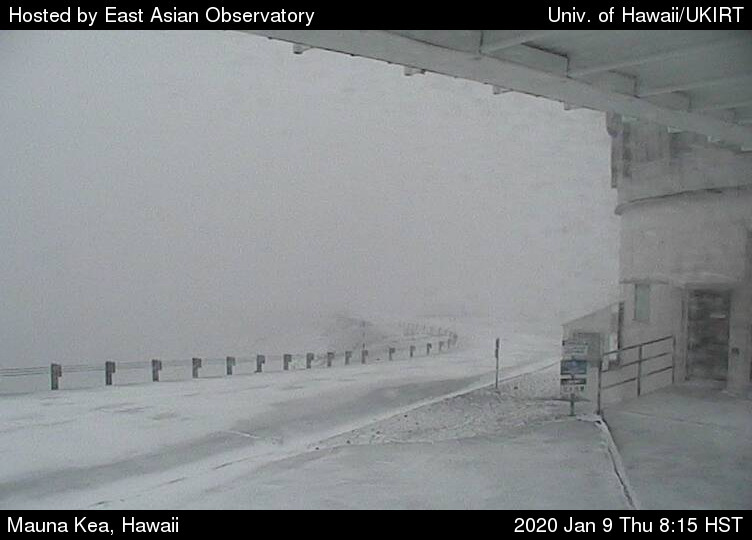 Strong to gale force trade winds near and upstream of the islands will produce large rough surf along east facing shores into early next week. The combination of the large surf, strong onshore winds, high astronomical tides, and elevated ocean water levels will likely produce wave runup and localized coastal erosion along east facing shores during the next few days.

Surf is expected to build to 10 to 15 feet today and hold through Saturday. Additional road and beaches closures may occur without notice, the County says.