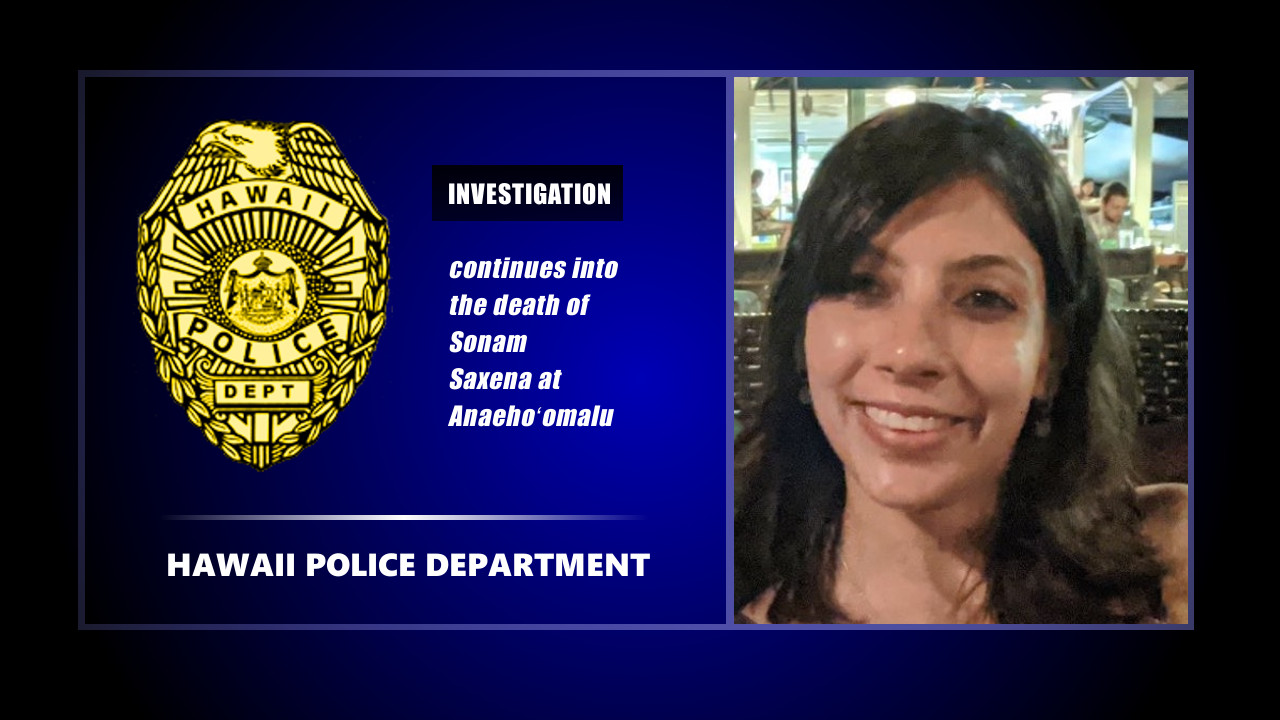 (BIVN) – Police say they released the murder suspect pending further investigation into the death of 41-year-old Smriti Saxena, who was found dead on the southern shoreline of ʻAnaehoʻomalu Bay this past Wednesday.

43-year-old Sonam Saxena, the husband of Smriti, was arrested on February 19 on the count of murder in the second-degree and was being held at the Kealakehe Police Station as the investigation continued, police said. On Friday, after conferring with prosecutors, Sonam was released pending the criminal investigation conducted by Detectives with the Area II Criminal Investigation Section.

Sonam reported his wife Smriti as a missing person before he was arrested.

Although detectives were able to confirm that the body that was found by ʻAnaehoʻomalu was that of Smriti Saxena, further testing is needed to determine the exact cause of death, police say. An autopsy was conducted.

Police ask anyone who may have been in the area or near the south beach of ʻAnaehoʻomalu Bay or may have seen Sonam or Smriti Tuesday evening (February 18) to, please contact Detective Keith Simeona at (808) 326-4646 ext. 281, email Keith.Simeona@hawaiicounty.gov or call the police department’s non-emergency number at (808) 935-3311.