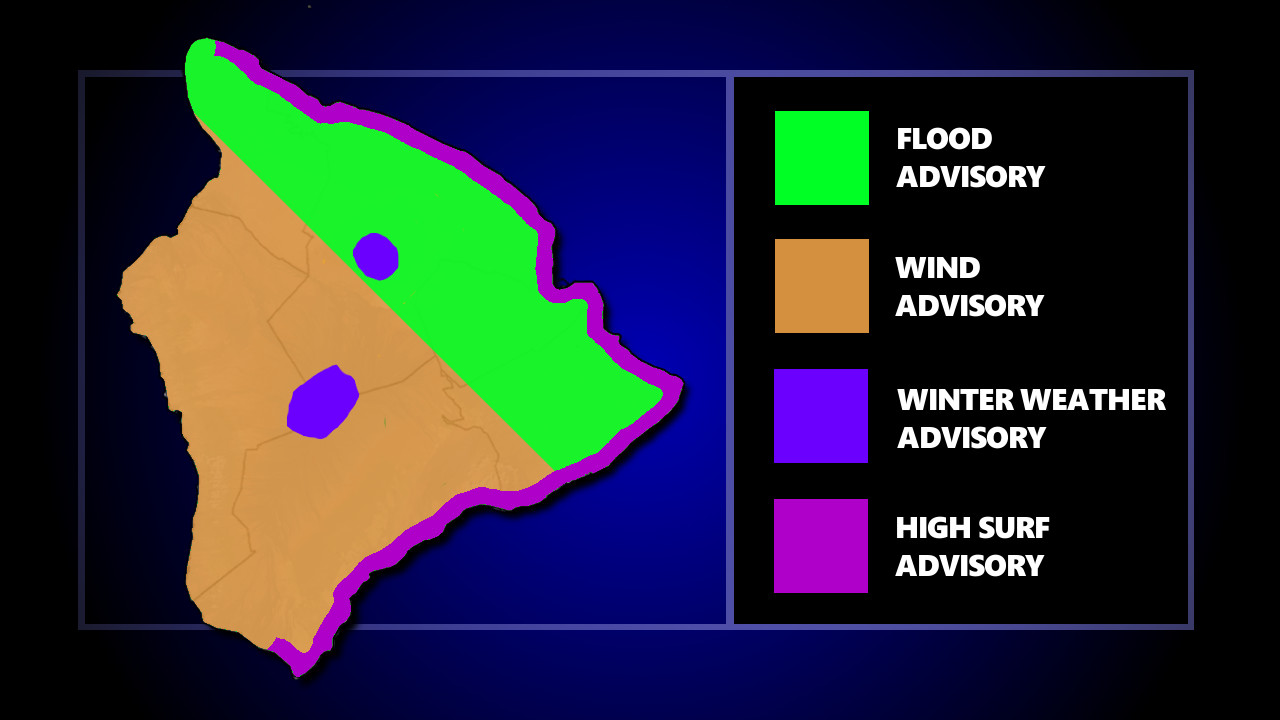 UPDATE (Mar. 2) – The Flood Advisory, Wind Advisory, and Winter Weather Advisory is no longer in effect. The High Surf Advisory remains in place.

(BIVN) – The National Weather Service in Honolulu has issued a Flood Advisory for an area on the island of Hawaiʻi until 4:45 p.m. HST on Sunday afternoon.

At 1:52 p.m. HST, forecasters say, radar indicated heavy rain near Honokaʻa. Rain was falling at a rate of 1 to 2 inches per hour.

Locations in the advisory include but are not limited to Hilo, Hāmāmkua, North Kohala, and portions of South Kohala and Puna.

A Wind Advisory is also in effect for the entire Big Island, excluding the summits of Maunakea and Mauna Loa. Northeast to east winds of 20 to 35 mph are expected, with gusts near 50 mph with stronger gusts possible in showers, forecasters said. The Wind Advisory is in effect until 6 a.m. Monday.

A High Surf Advisory is also in place. Surf will be 8 to 12 feet along east-facing shores of the Big Island.

“Rough surf will continue along east facing shores through Monday due to a combination of strong trades and large seas,” the National Weather Service stated. “Surf heights may near warning levels by tonight if the seas build to levels higher than predicted.”

“A low pressure system over the islands is bringing very cold temperatures to the higher elevations of Maui and the Big Island, leading to wintry weather above 9000 feet,” the National Weather Service wrote. “The main threat will be freezing rain leading to ice covered roadways, especially at night and early morning, with some snow showers expected over the Big Island summits.”