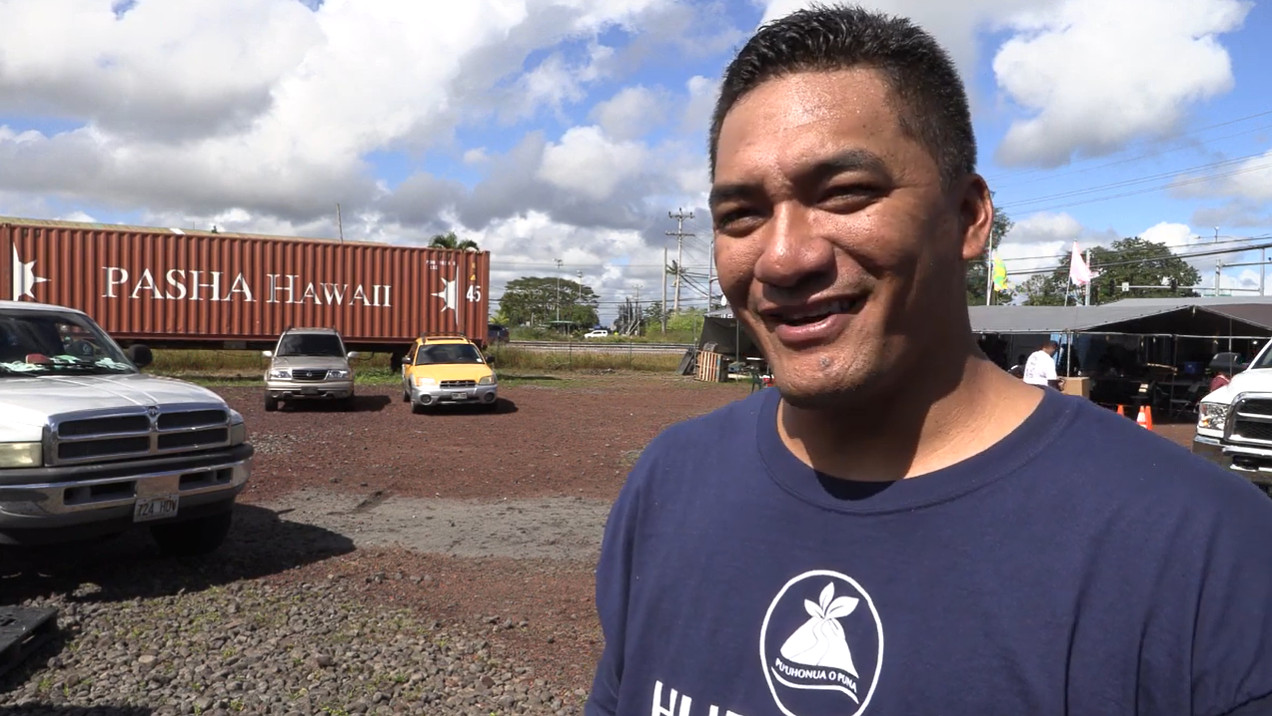 HAWAIʻI ISLAND - The resident who sprang into action to help Puna during the 2018 eruption of Kīlauea now plans a run for Hawaiʻi County mayor.

(BIVN) – Ikaika Marzo, known throughout Hawaiʻi for his actions during the 2018 eruption of Kīlauea on the lower East Rift Zone, is running for Hawaiʻi County Mayor.

Marzo is one of several individuals who pulled papers to participate in the non-partisan election.

When we asked Marzo if he had any comment on his candidacy, he replied with this written statement:

Yes, I am excited to announce that I am pursuing the position of Mayor of Hawai‘i County because I feel I can make a positive difference for the people. ALL the people who dwell upon our Big Island — from Kohala to Ka‘ū, Hilo to Kona, Waimea to Puna, Volcano to YOUR own community — come first. I will be IKAIKA (strong) for the people as I have strived to be my whole life, and although I have been in various leadership positions, I will be new at this. I look forward to releasing more information about my platform and plans in the coming week. Together, we can do remarkable things to improve the Big Island, and I’m excited to listen and work with you to better our island home. Let’s “talk story”!

Marzo teased a run for office back in December 2018, during an interview at the Hub, also known as Puʻuhonua O Puna, the grassroots community center he helped to organize during the disaster. Since that time, he has served as an advocate for Puna’s fisherman and stood as kiaʻi on the Mauna Kea Access Road.

As of Friday, there are 13 candidates for mayor. Big Island Video News previously reported on the campaigns of Mike Ruggles and Mitch Roth.