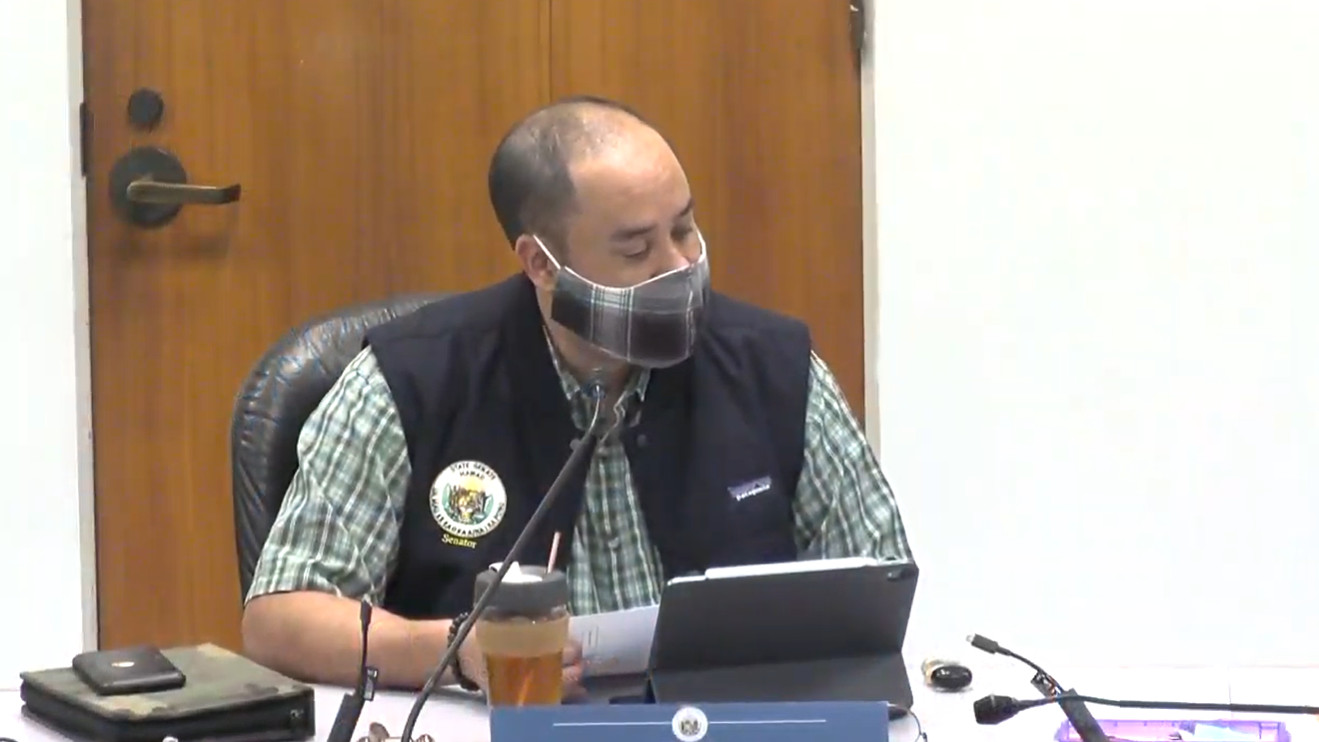 (BIVN) – Requests to end non essential air travel into Hawaiʻi, and demands to cancel the planned multinational military RIMPAC training, are taking center stage in discussions about the state response to the COVID-19 pandemic.

The Hawaii State Senate Special Committee on COVID-19 on Friday pushed the administration to have Governor David Ige take action by making the requests directly to President Trump, since the issues involve federal agencies.

In an April 1 letter, three of the four county mayors in the State of Hawaiʻi respectfully requested that President Trump “issue an order that restricts all non-essential domestic travel to the State of Hawai‘i until April 30, 2020.” They wrote:

The State of Hawaiʻi is in a very unique situation unlike any other state in the union. As islands in the middle of the Pacific Ocean, the only way to come into the state is by air or sea. Most of the positive test results of COVID-19 infection in the State of Hawai‘i are directly related to travelers coming into the State of Hawaiʻi — either residents returning to their island homes or visitors from the mainland or other countries who travel to Hawaiʻi. Now is not the time for non-essential travel.

Hawaiʻi County Mayor Harry Kim did not join in on the letter.

Governor Ige has already mandated that all persons entering the State of Hawai‘i be subject to self-quarantine for 14 days. The order will be in effect until May 20. The governor also extended the 14-day quarantine order to include inter-island travelers. A statewide “stay at home” order is in effect through April 30.

On Friday, state senators expressed outrage that apparent homeless individuals were arriving in Hawaiʻi by air with no place to go and nowhere to self-quarantine. Linda Chu Takayama, the Chief of Staff for Governor Ige, told the senate that authorities are going to direct arrivals who say they have nowhere to stay in Hawaiʻi to get back on the plane and go back.

UPDATE – (2:40 p.m.) – The governor confirmed this policy during a press conference on Friday afternoon.

Jim Albertini of the Malu ʻAina Center For Non-violent Education & Action recently wrote in an email:

From late June until early Aug, every two years since the early 1970s other countries have come to Hawaii to join the U.S. military in conducting war games — bombing air, land and sea. In 2018 more than 2 dozen countries — including some 47 surface ships, five submarines, 18 national land forces, and more than 200 aircraft and 25,000 personnel participated in RIMPAC. The war games include the bombing and shelling of the 133,000-acre military Pohakuloa Training Area (PTA), located in the center of Hawaii island. We say — Enough already! We say No to RIMPAC 2020. We say Stop the Bombing of Pohakuloa and conducting war games in the air, on land, and the sea around Hawaii. This is not Aloha and Malama Honua (taking care of the earth). Wage Peace Not War! End the illegal U.S. military occupation of Hawaii that has been ongoing since 1893 when the U.S. Military assisted foreign business interests in the illegal overthrow of the lawful government of the independent nation of Hawaii. Given the Covid 19 virus, military personnel arriving in Hawaii for RIMPAC 2020 will endanger residents of Hawaii — on some of the most isolated islands in the world.

Senators also asked for the State Department of Health to clarify its position on wearing face masks while out in public as a protection from spreading the virus.

UPDATE – (2:35 p.m.) – Right after this story was published, Governor Ige said during a press conference that, based on the latest guidance from the CDC, he encourages residents to use masks while in public, but asked that N95 masks be reserved for healthcare workers.