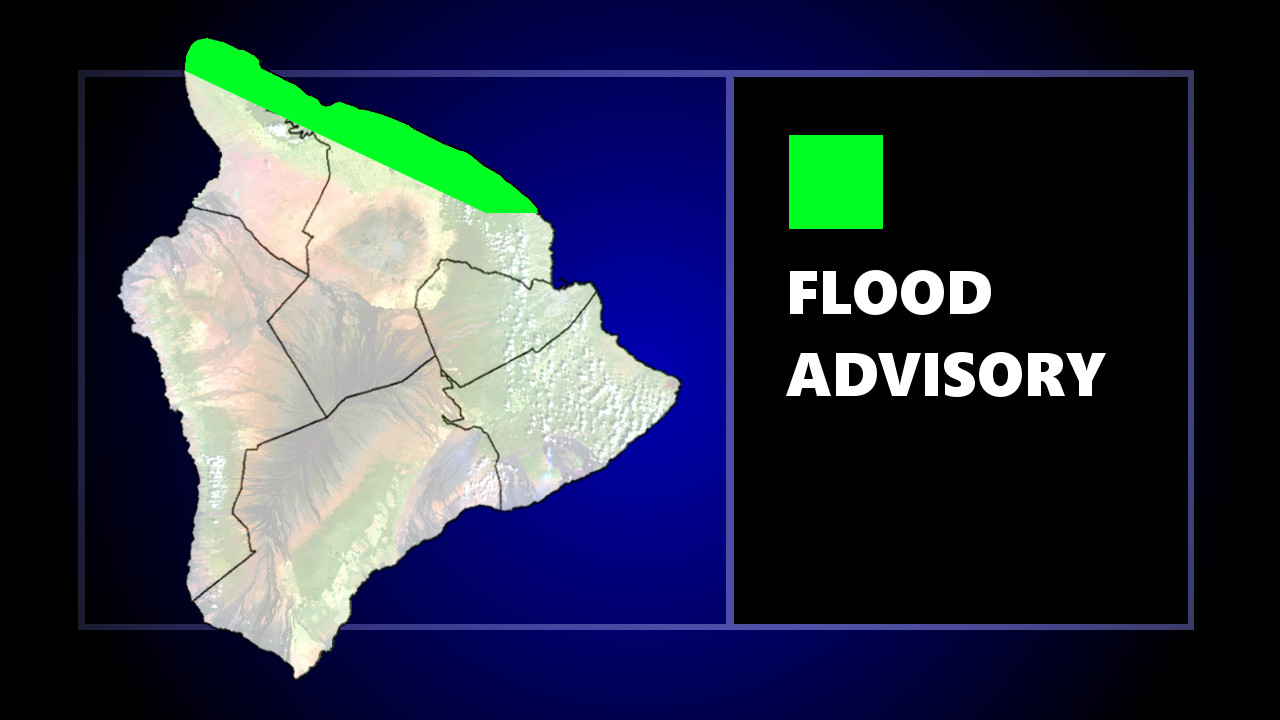 HAWAIʻI ISLAND - Heavy rain was reported on Sunday evening between Upolu Point in North Kohala, down along the Hākāmua coast to Laupahoehoe.

(BIVN) – The National Weather Service in Honolulu issued a Flood Advisory on Sunday evening for an area of North Hawaiʻi between Kohala and Hāmākua, in effect until 9:15 p.m. HST.

“At 6:10 p.m. HST, radar indicated heavy rain along parts of the Big Island`s Hamakua coast between Upolu Point and Oʻokala,” the forecasters stated. “Rain was falling at a rate of 2 to 3 inches per hour.”

Due to the Flood Advisory, the Hawaiʻi County Civil Defense issued a message saying the following: