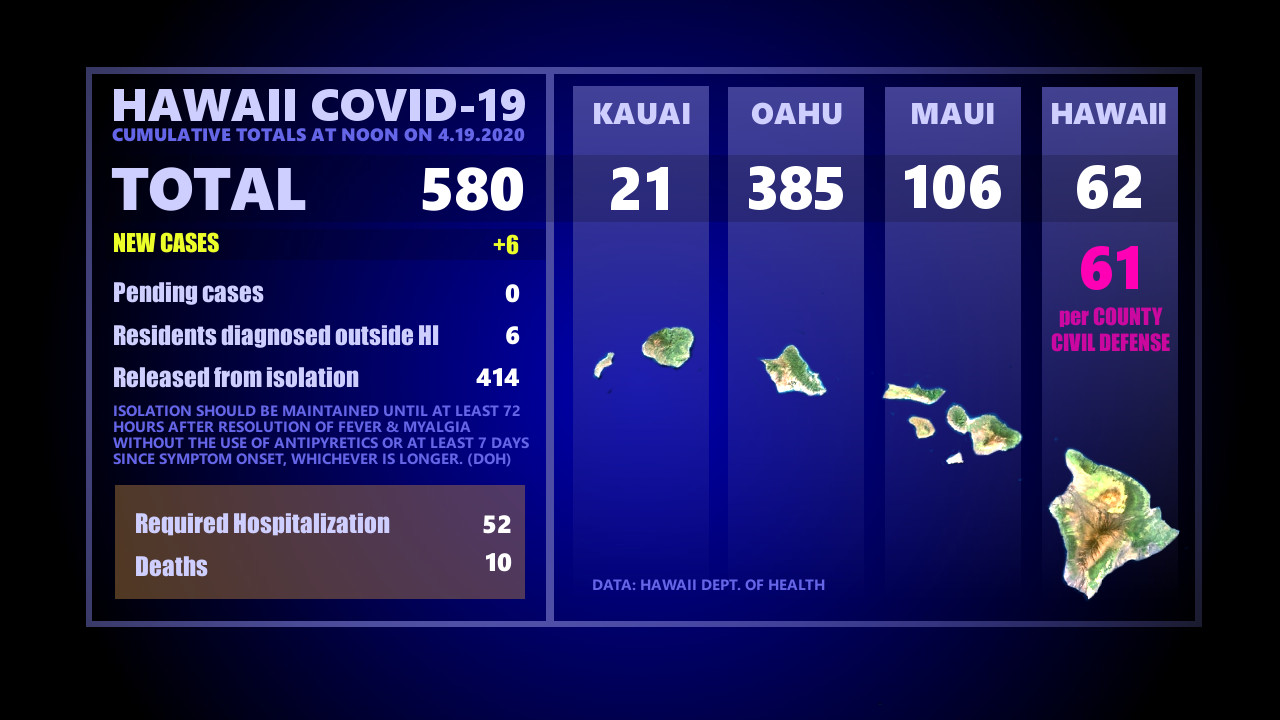 HAWAIʻI ISLAND - There were 6 newly reported cases of COVID-19 in the State of Hawaiʻi on Sunday, bringing the total cumulative cases to 580. 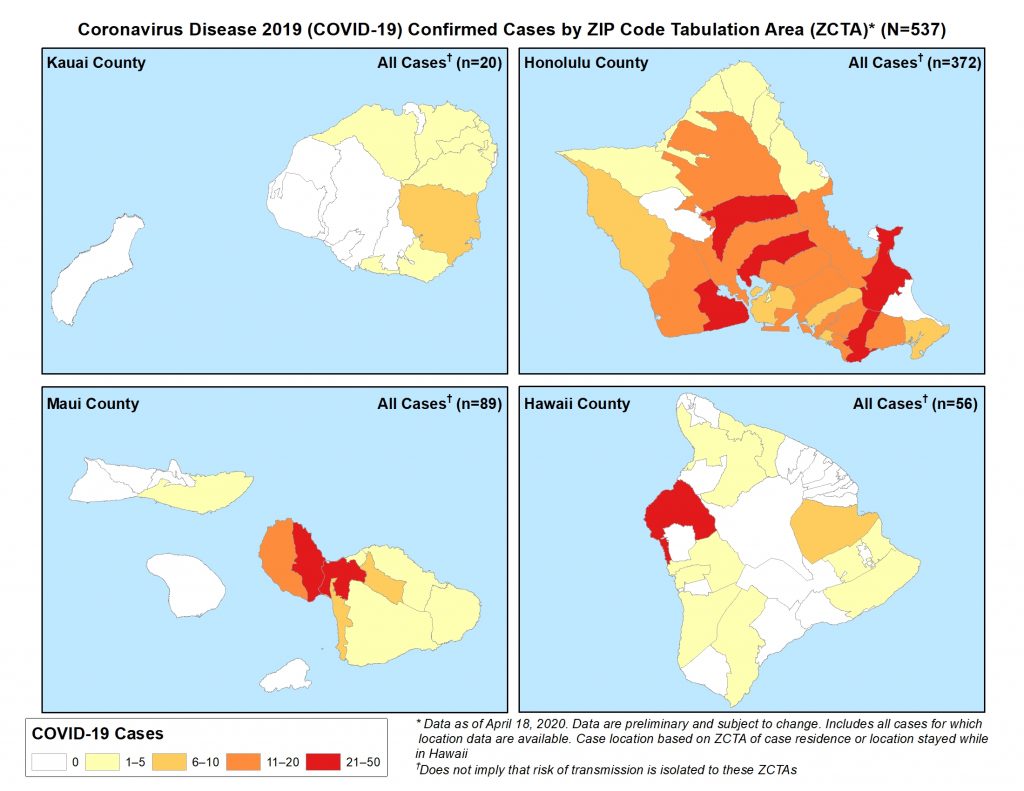 (BIVN) – The State of Hawaiʻi on Sunday identified 6 new cases of COVID-19 statewide, bringing the cumulative total to 580. Of that number, 52 have been hospitalized and 414 individuals have been released from isolation.

(UPDATE) – The total number of confirmed COVID-19 cases associated with the Kona McDonald’s cluster stands at 30, and has resulted in the voluntary closure of a third restaurant. (MORE: Third McDonald’s In Kona Closes Due To COVID-19 Outbreak)

The state also reported one new death, bringing the statewide total to 10.

UPDATE: From the Hawaiʻi Department of Health:

The State extends its condolences to the family and friends of the adult male visitor who is the 10th death in Hawai‘i associated with COVID-19. The individual was an adult male from Washington state in the 40-59-year age group who had no previous medical conditions and a history of travel. He had been hospitalized for an extended period in serious condition at Maui Memorial Medical Center. Six (6) new positive cases of COVID-19 were also reported by DOH Sunday, bringing the total number of cases to 580. Three (3) were on Oʻahu, two (2) on Maui, and one (1) on Hawai‘i. 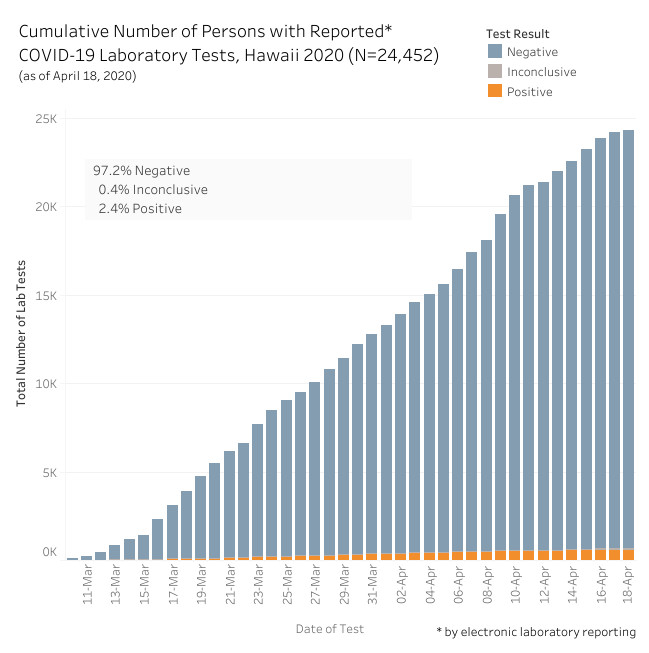 The Hawaiʻi health department reported one new case on Hawaiʻi island, bringing the total to 62. The County, which reports slightly different numbers on a day-to-day basis, reported two new cases for a total of 61.

From the Hawaiʻi County Civil Defense message this morning:

This high increase over the past week stems mainly from the fast food establishments; which have been closed. This so clearly demonstrates how important it is to follow the health advisories of Stay at Home if you are sick, Physical Distancing, Face Coverings, and Social Gatherings. The magnitude of this cluster outbreak could have been avoided. 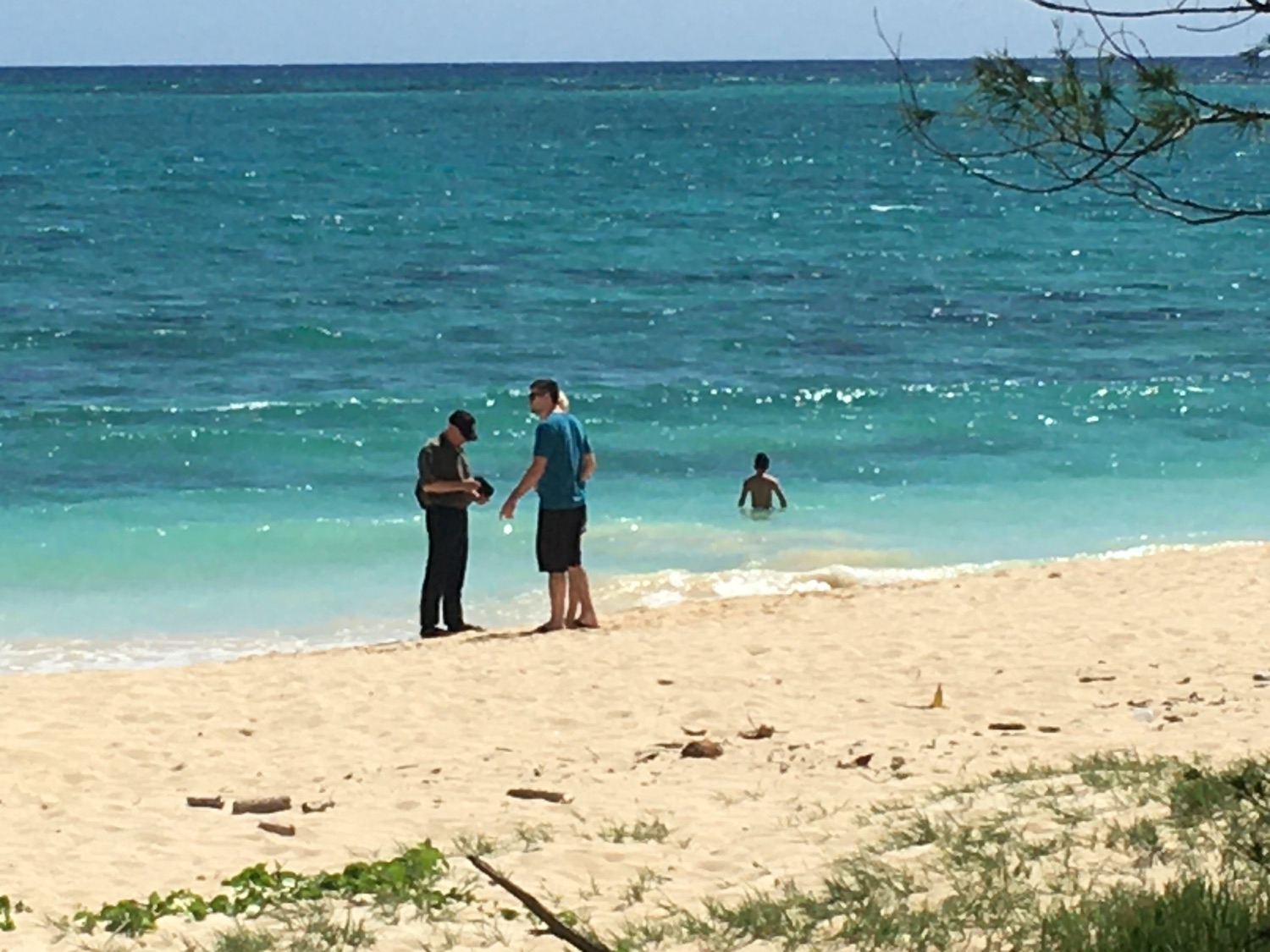 The Hawaiʻi Department of Land and Natural Resources provided this information:

Officers from the DLNR Division of Conservation and Resources Enforcement (DOCARE) and the Honolulu Police Dept. were out patrolling O‘ahu beaches Saturday, educating people on temporary rules put in place by Gov. Ige. Under a new emergency proclamation revealed Friday, all beaches under State of Hawai‘i jurisdiction are closed. People are only allowed to access State beaches to get to the ocean for exercise, and they must be following proper social distancing measures. DLNR Chair Suzanne Case and DOCARE Chief Jason Redulla commented, “This is necessary to try and flatten the curve of coronavirus infections, so life can begin to return to normal in Hawai‘i.” Violations of the emergency rules can carry fines up to $5,000 and a year in jail.

Yesterday, 454 people arrived in Hawaii including 109 visitors and 157 residents. During this same time last year, nearly 30,000 passengers arrived in Hawaii daily, including residents and visitors. The state’s mandatory 14-day self-quarantine started on March 26th for all passengers arriving in Hawaii from out of state. The quarantine order was expanded on April 1st to include interisland travelers. This table shows the number of people who arrived by air from out of state yesterday and does not include interisland travel.