(BIVN) – UHERO, the Economic Research Organization at the University of Hawaiʻi, released a set of potential scenarios for economic recovery in the state that envisions a local recovery beginning this month, and diverging improvement trends based on optimistic or pessimistic appraisals thereafter.

Carl Bonham, UHERO Executive Director and Professor of Economics, gave an update to the State House Select Committee on COVID-19 Economic and Financial Preparedness on Monday.

“The maintained assumption in the baseline is that we continue to reopen the local economy in the month of May,” Bonham said. “It’s a gradual process that starts off with activity regaining about 35% to 45% percent of the lost activity that we saw during the the most severe part of the stay at home order in April. And so, that begins very slowly, and builds over time as consumer activity increases, and as we begin to get some tourism back later in the year. By the end of the year, we anticipate the local economy having regained about 75% percent of the lost activity.”

The pace of recovery of the non-tourism economy will be more rapid than for tourism, but will still be measured. We assume that the process of reopening businesses will continue gradually in May, and that once the stay-at-home order is lifted, local consumption will ramp up slowly at first as businesses and consumers adjust to a “new normal.” In May and June, we assume the return of 35-45% of the business activity lost during the most extensive period of local economy shut-down in April. By December, 75% of economic activity lost due to the stay-at-home order will have been reversed. The less-than-complete recovery reflects macroeconomic weakness, ongoing costs of measures to preserve social distancing, and spillover effects from persistent low levels of tourism. 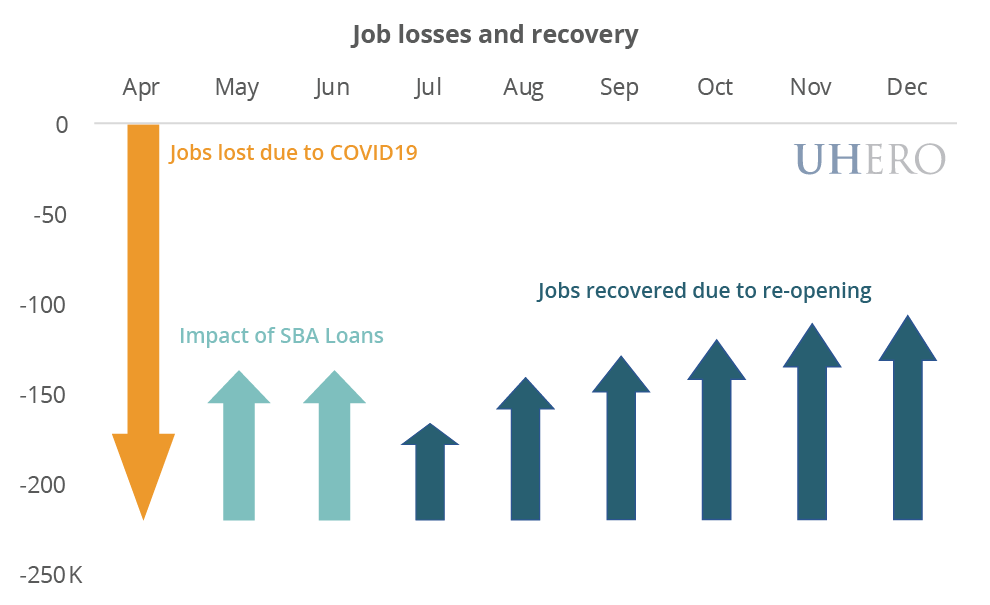 Note that the projected gradual re-opening of the economy should be enough to offset most of the drag that will come when the Paycheck Protection Program is phased out at the end of the second quarter (however, July will see a net decline). By the fourth quarter of this year, of the 220,000 lost jobs due to COVID19, 110,000 will have been recovered. While this will represent significant progress, the unemployment rate will likely remain well into double-digits at year end. 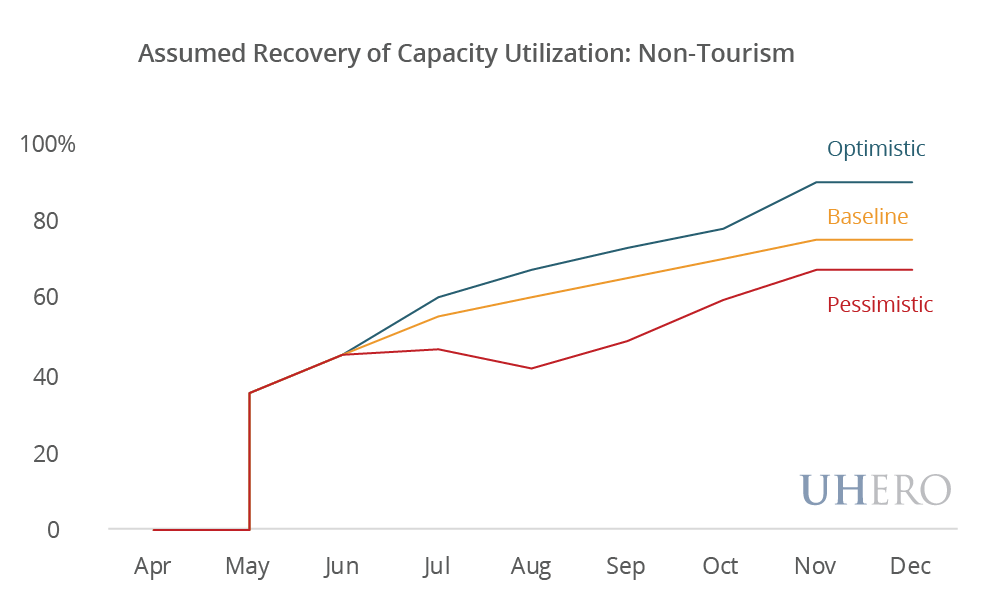 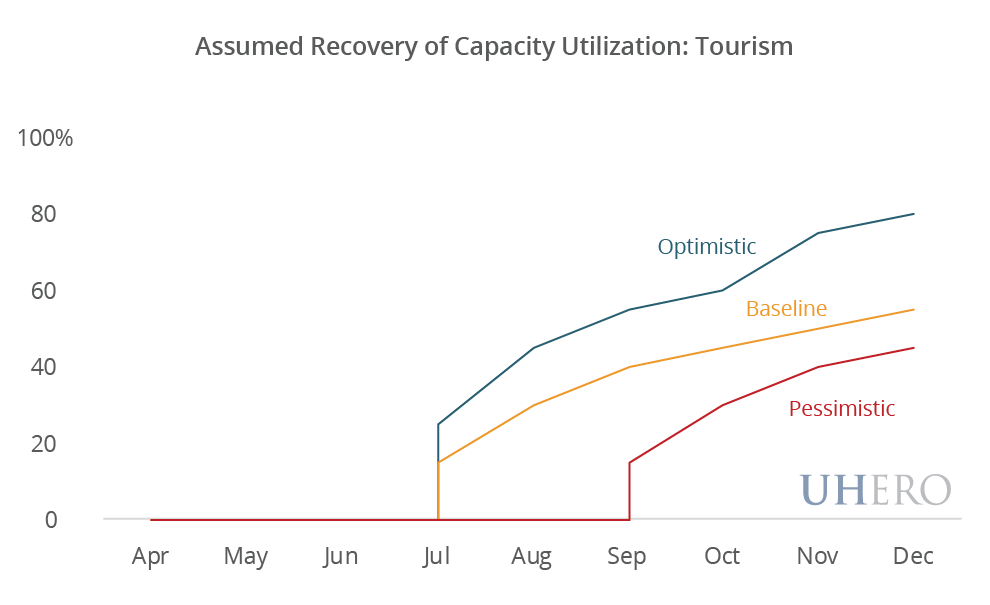 The UHERO authors concede that the calculations “require heroic assumptions about a number of factors, including the progression of the pandemic, the pace of policy change, behavioral responses of local residents and visitors, and the impacts of sustained low levels of activity and higher operating costs on business survival or failure.”