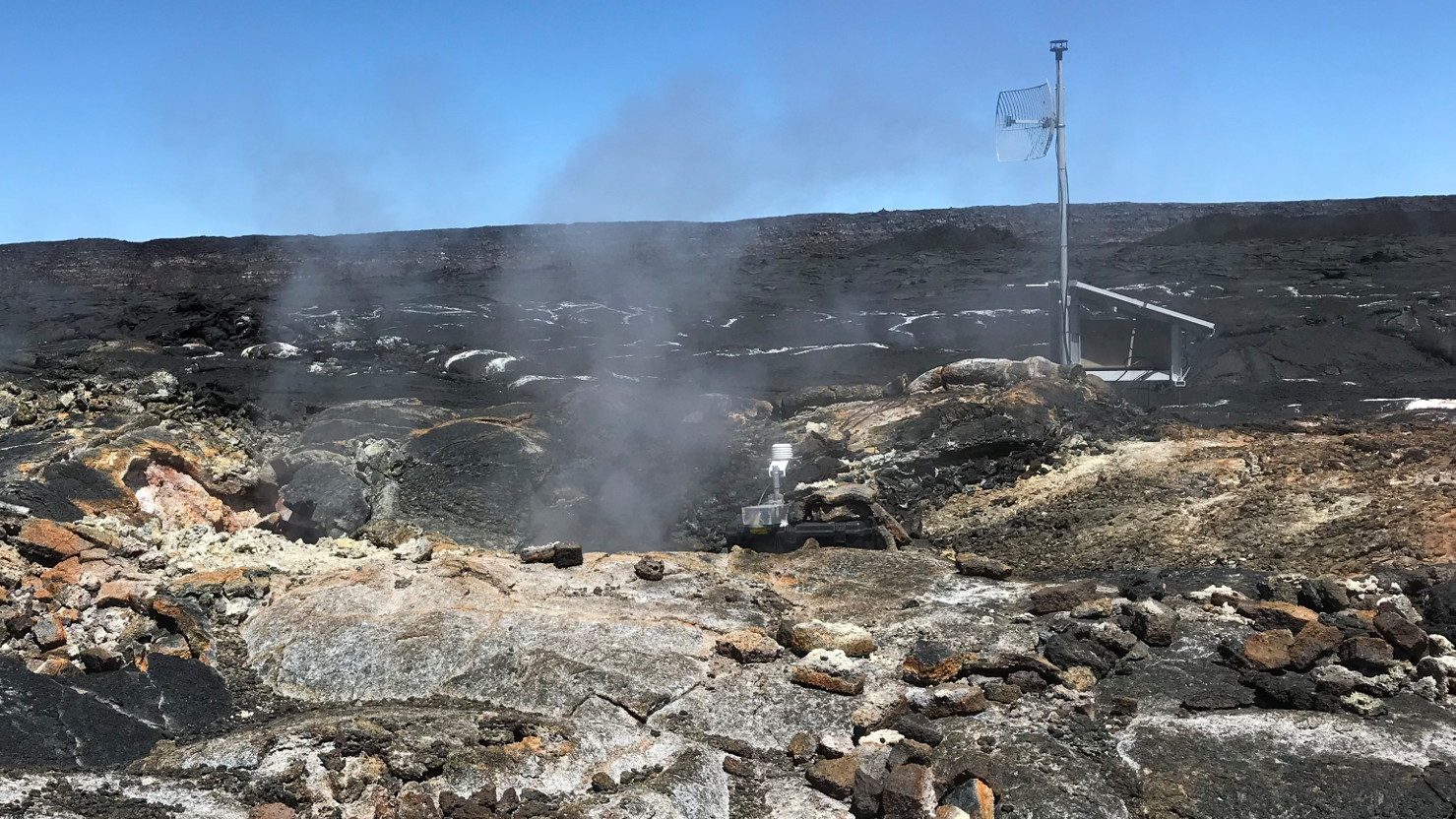 (BIVN) – Mauna Loa is not erupting, however it has been showing signs of unrest. The Alert Level for the volcano is currently at ADVISORY / YELLOW, scientists say, due to increased seismicity and summit inflation above background levels.

On a recent visit to the 13,681 ft. Mauna Loa summit, scientists worked to increase their volcano-monitoring capabilities by installing a MultiGAS station.

The USGS Hawaiian Volcano Observatory documented the installation, which occurred at the end of April, in a series of photos and captions published to the HVO website, calling it “mission-critical fieldwork”. They wrote: 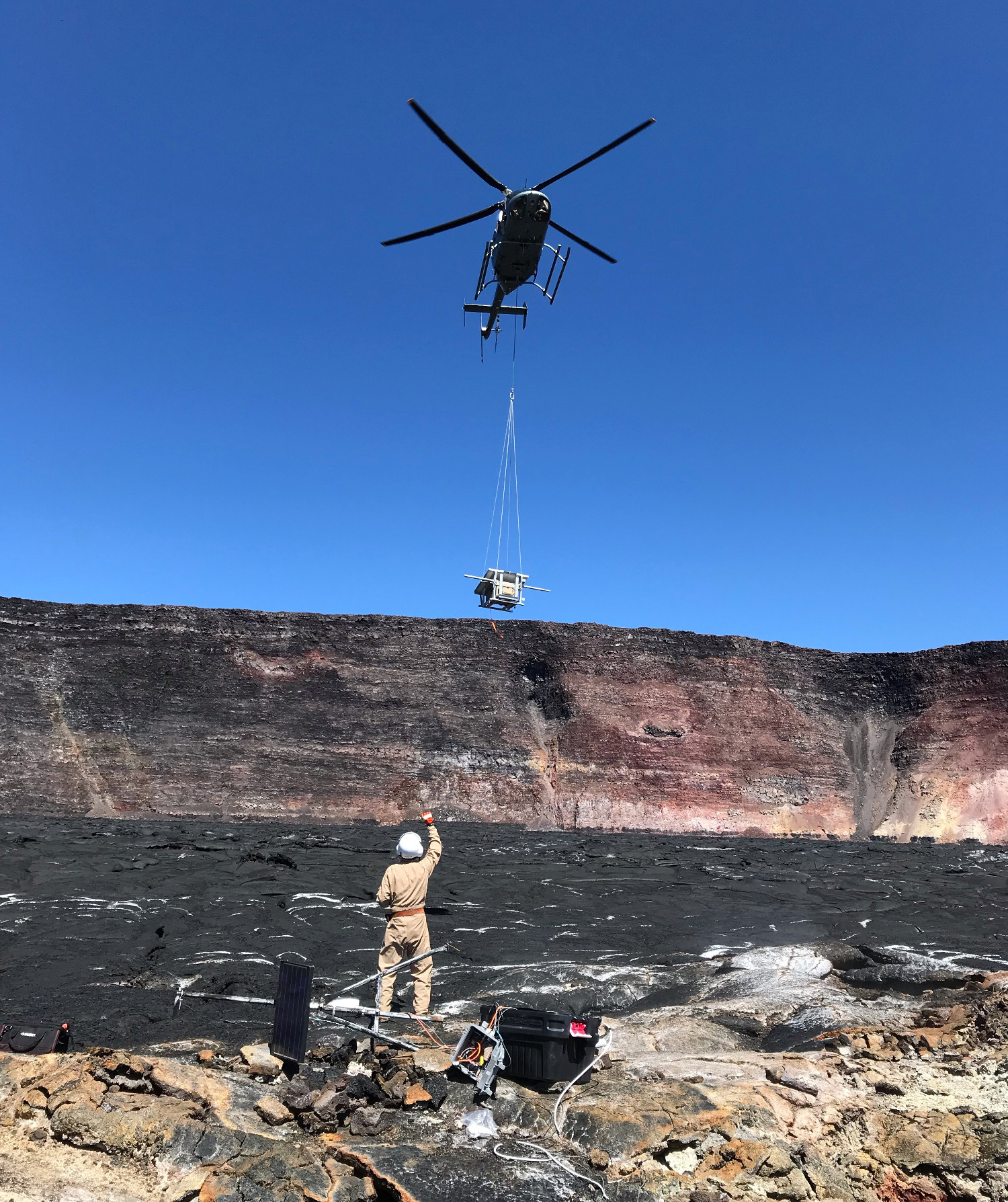 (1) An HVO field engineer guides the helicopter as it lowers part of the station down onto the floor of the caldera. USGS photo by T. Elias.

The MultiGAS measures real-time volcanic gas (carbon dioxide, water, sulfur dioxide and hydrogen sulfide) concentrations from a fumarole (gas vent) on the floor of the caldera. Ratios of concentrations of gases can give information about the depth and degassing history of magma within the volcano. The MultiGAS also measures fumarole temperature and meteorological parameters such as wind speed and direction, temperature and humidity, and atmospheric pressure. 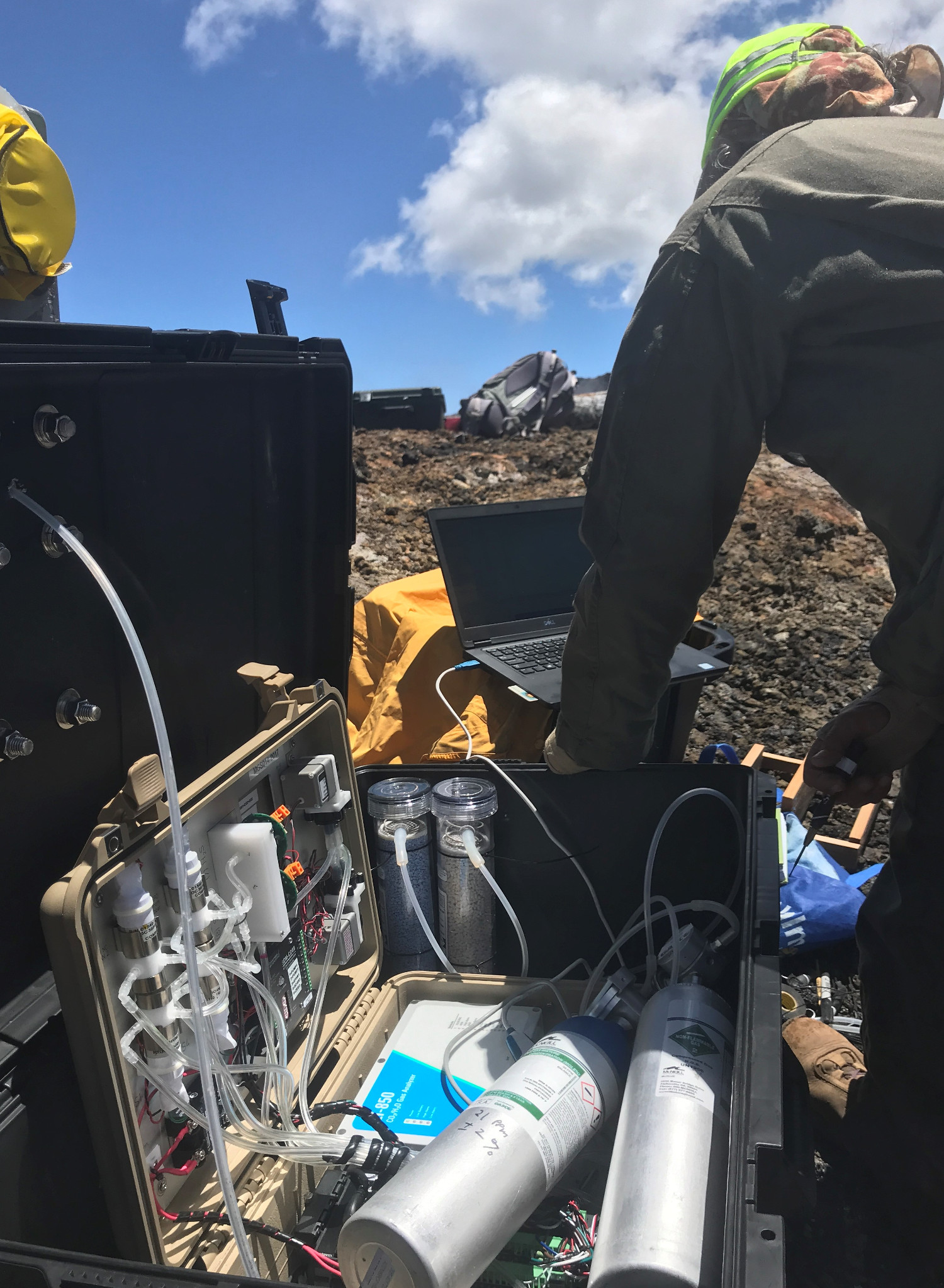 The USGS HVO reported that staff maintained social distancing while working together to install the different parts of the MultiGAS station. 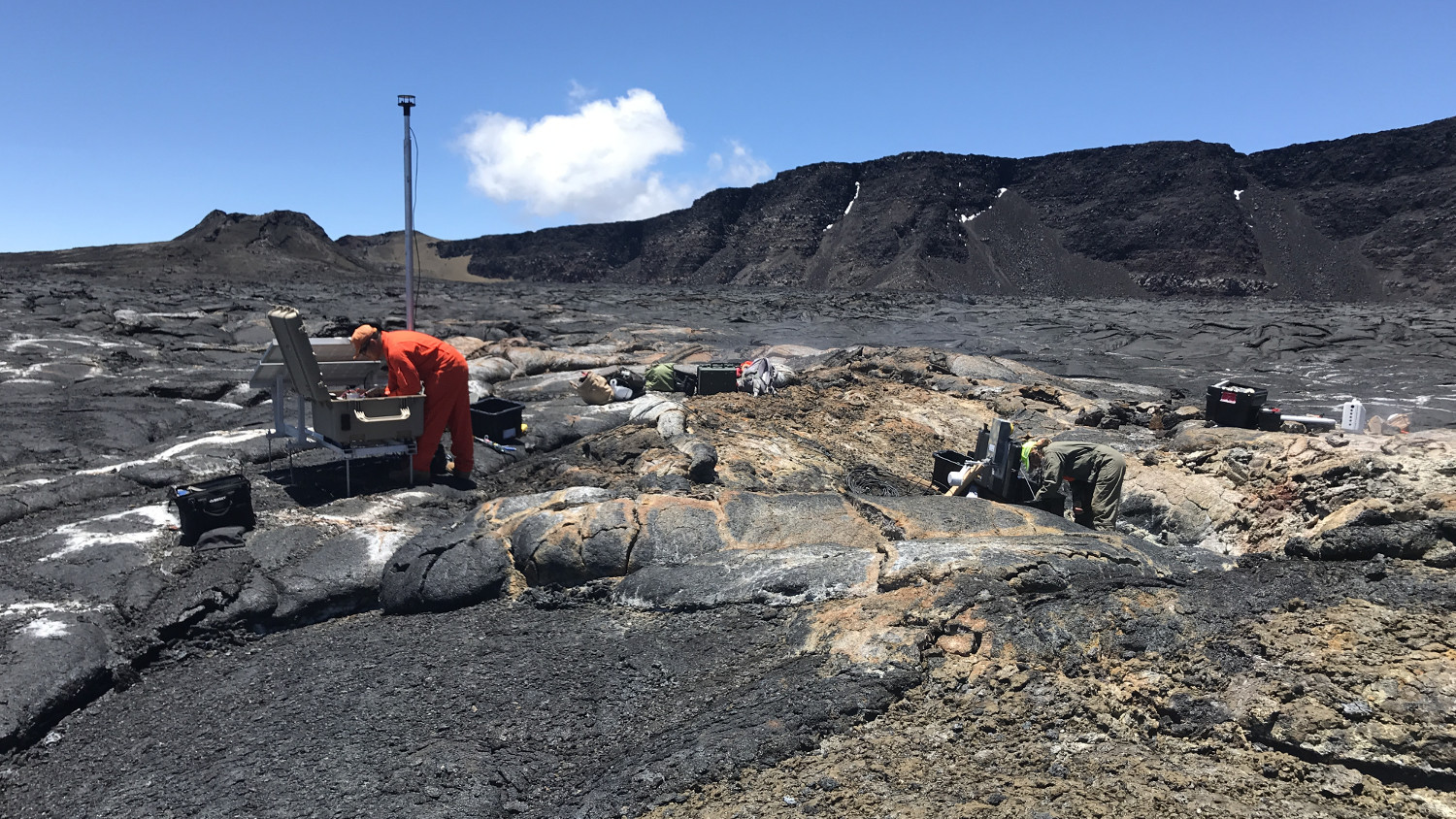 The Mauna Loa summit MultiGAS was carefully assembled and tested in the lab prior to being deployed on April 27, 2020. Components are housed in a weather-proof case to protect the instrument from extreme conditions at Mauna Loa summit. The station includes a power package of solar panels and batteries and an antenna that transmits data to HVO around the clock. 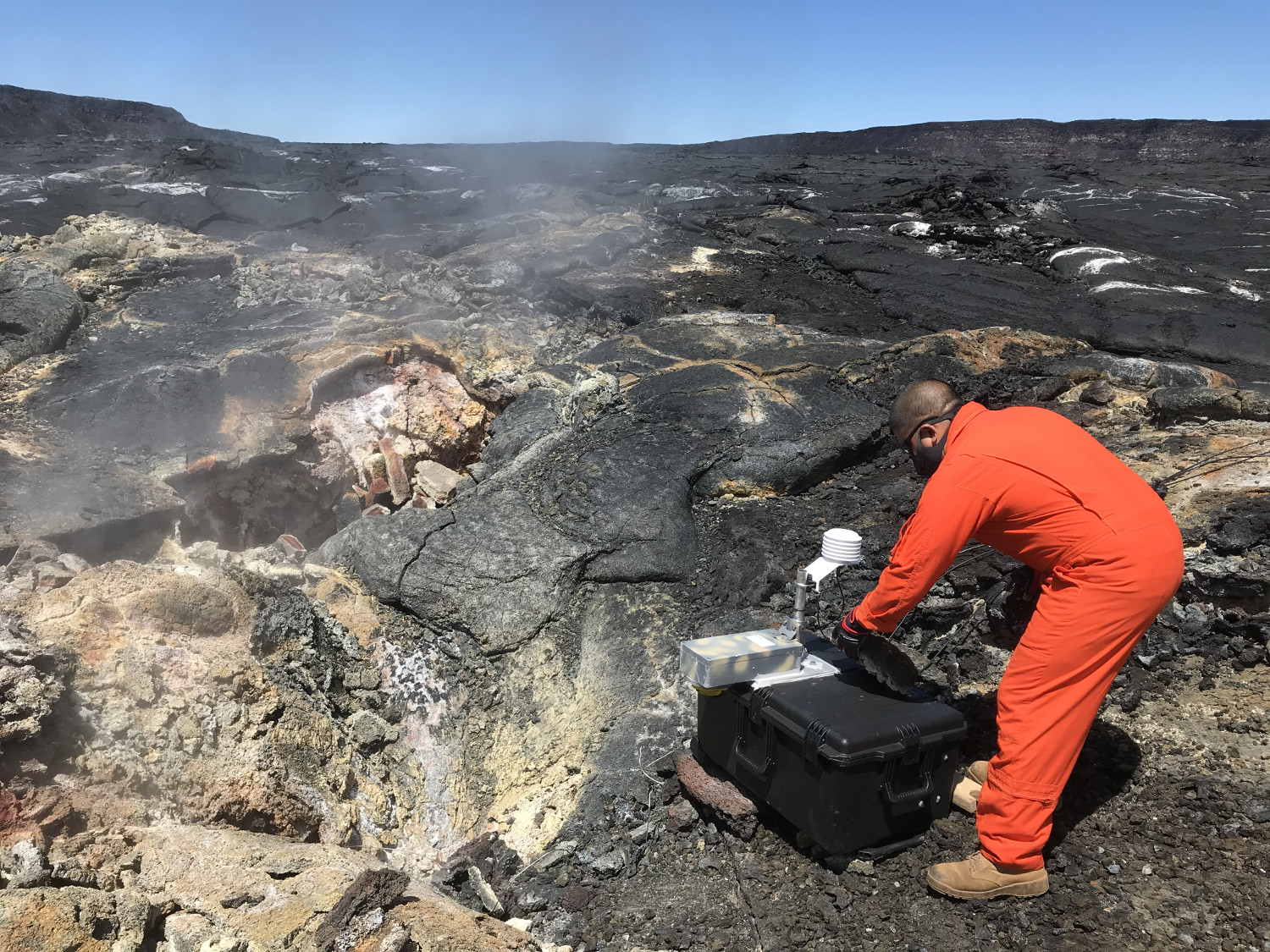 The station is next to a gas-emitting vent or fumarole, within Moku‘āweoweo—Mauna Loa’s summit caldera. The site is an important addition to HVO’s volcano-monitoring network and could provide HVO with early signs of increased unrest.