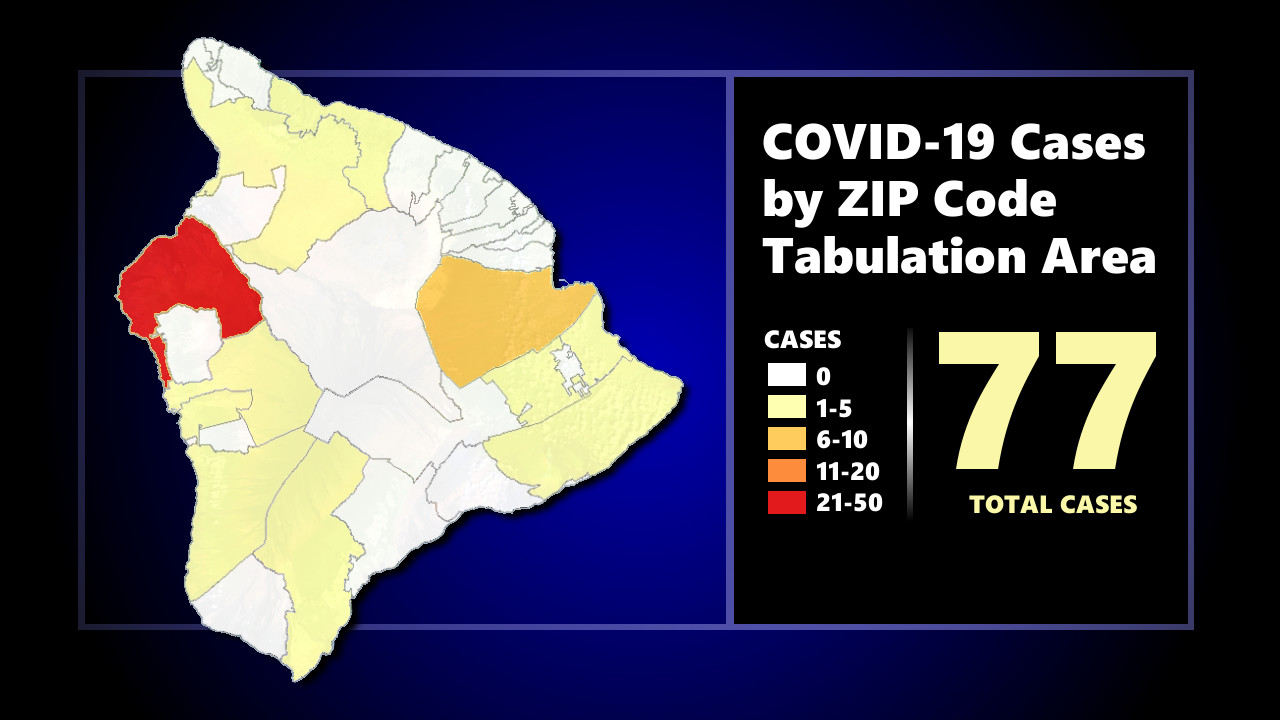 Hawaii COVID-19 Updates for May 17: Another New Case On Big Island

HAWAIʻI - There was only one new case of COVID-19 in the State of Hawaiʻi today. It was reported on the Big Island, where the cumulative total is now 77. 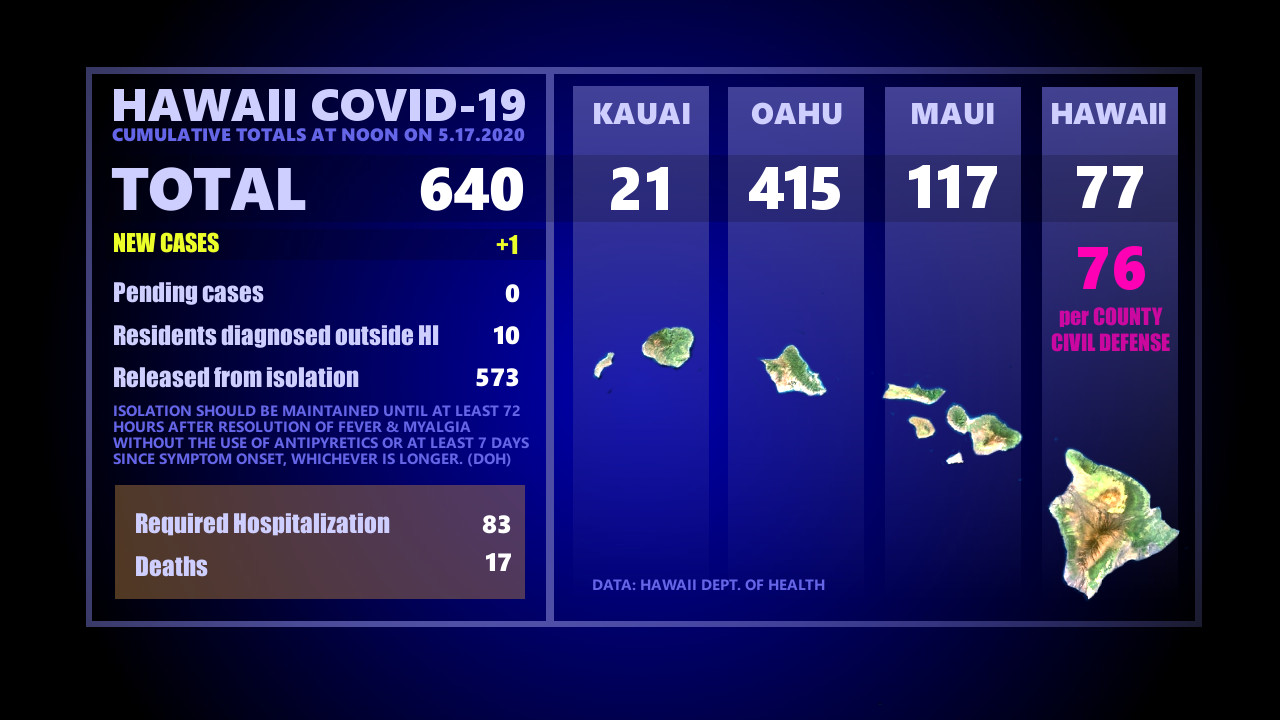 (BIVN) – One new case of COVID-19 was identified in the State of Hawaiʻi as of noon on Sunday, bringing the total number of cases statewide to 640.

The new case was added to the Hawaiʻi island case count, bringing the total number of cases on the Big Island to 77. Of that number, 75 have been released from isolation, which means only two cases are active.

This weekend, a total of 2 new cases were identified on Hawaiʻi island, including today’s case. They are the first new cases identified in several days.

Hawaiʻi County Civil Defense provided some insight on the new case that was identified on Saturday, reporting today that it was travel-related. “The individual was infected during a brief visit to California,” said Mayor Harry Kim in the morning radio message. “The individual and family are now quarantined at home and monitored by the Department of Health,” he said.

The county update was issued before today’s noon update from the health department, and did not include the latest identified case.

Yesterday, 991 people arrived in Hawaii. During this same time last year, nearly 30,000 passengers arrived in Hawaii daily, including residents and visitors. The state’s mandatory 14-day self-quarantine started on March 26th for all passengers arriving in Hawaii from out of state. The quarantine order was expanded on April 1st to include interisland travelers. This table shows the number of people who arrived by air from out of state yesterday and does not include interisland travel. This data was collected from the Hawaii Department of Transportation’s (DOT) new Mandatory Travel Declaration Form.

The following table shows what the Oahu and Kona visitors indicated as the purpose of their trip, and they can choose more than one. This data was collected from the DOT’s new Mandatory Travel Declaration Form.

The DOT’s new Mandatory Travel Declaration Form does not include a question about the type of accommodation.