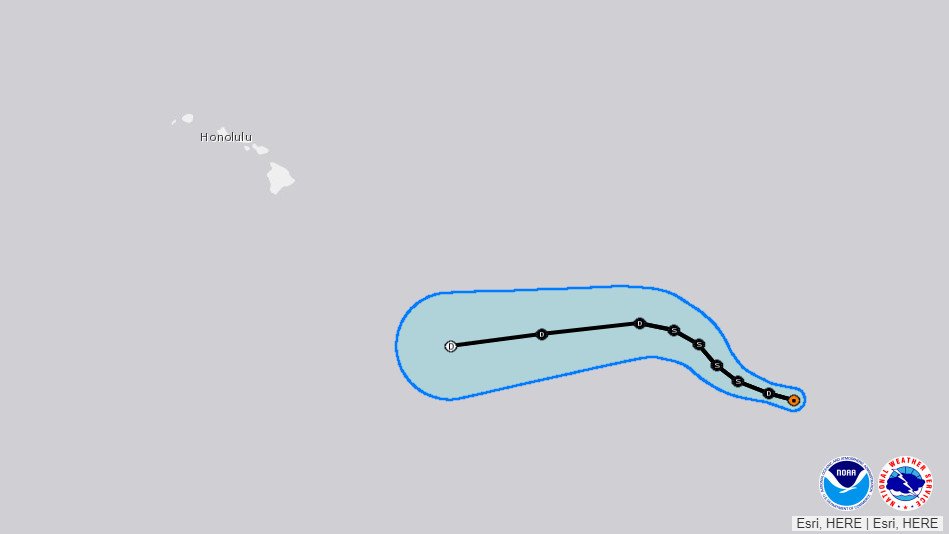 HAWAIʻI - Tropical Depression Three-E is 1,615 miles east southeast of Hilo, and the early forecast predicts it will strengthen into a tropical storm and stay far to the south of Hawaiʻi. 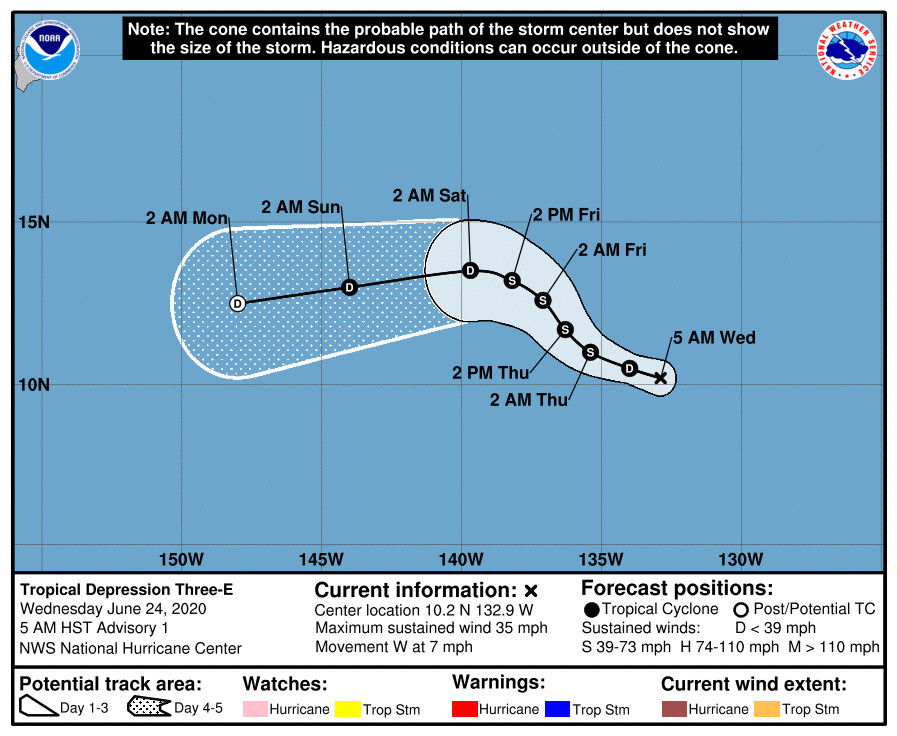 (BIVN) – The 2020 Hurricane Season is underway in the Pacific, and a new tropical depression has formed.

“The small low pressure area well southwest of the southern tip of the Baja California peninsula has acquired enough organized convection near and southwest of the center to be designated a tropical depression,” wrote the National Hurricane Center on Wednesday morning. “Thus, advisories are being initiated on Tropical Depression 3-E.”

Tropical Depression Three-E is 1,615 miles east southeast of Hilo, and moving west at 7 mph. Its maximum sustained winds are 35 mph.

Forecasters say some strengthening is forecast during the next 48 hours, and the depression is expected to become a tropical storm late tonight or on Thursday.

“Conditions appear favorable for strengthening for the first 36 h or so, and the depression is expected to strengthen into a tropical  storm during that time,” meteorologists wrote this morning. “Beyond that time, increasing vertical wind shear and dry air entrainment should cause a gradual weakening trend, and most of the global models forecast dissipation near 120 h.”

The storm is not expected to be a threat to Hawaiʻi.