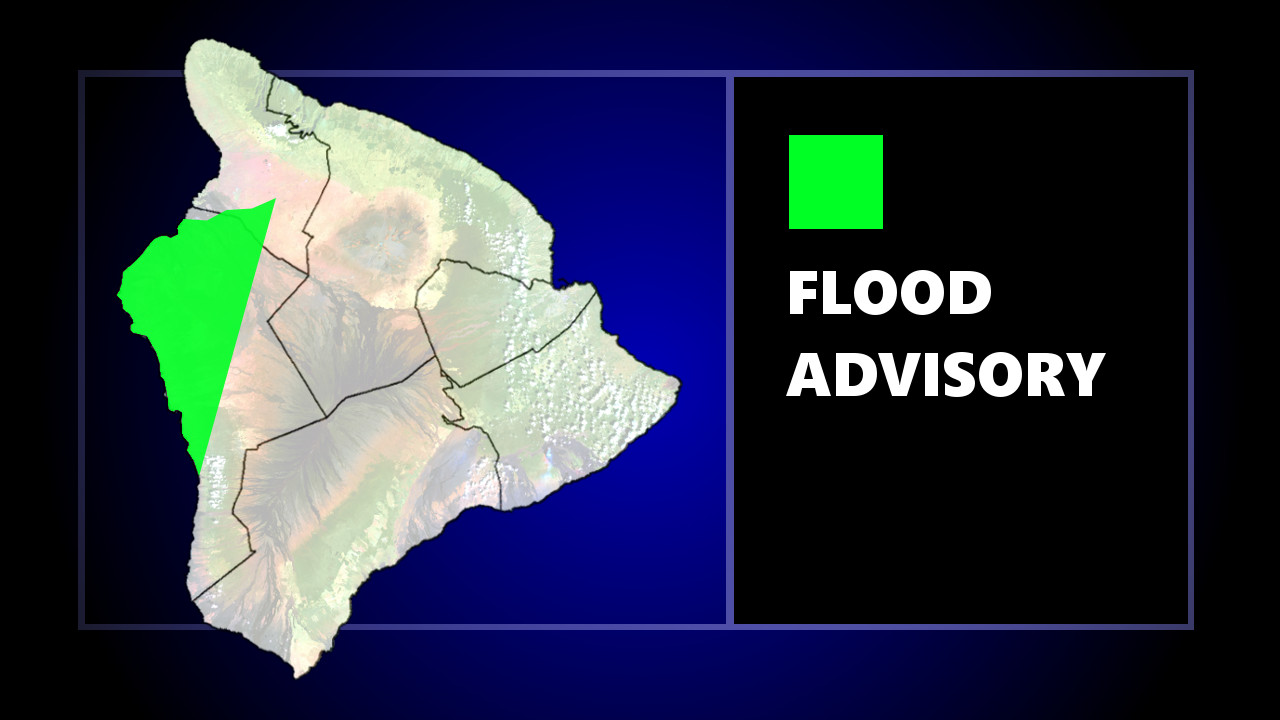 KONA, Hawaiʻi - Heavy rain falling at rates up to 1 inch per hour have been reported over leeward Big Island just before 2 p.m. on Sunday.

(BIVN) – The National Weather Service in Honolulu issued a Flood Advisory for an area of Kona on Sunday afternoon, in effect until 5 p.m. HST.

At 1:57 PM HST, radar indicated heavy showers falling at rates up to 1 inch per hour over leeward Big Island. The heaviest showers have been observed along Mamalahoa Highway between Kalaoa and Puuanahulu. Additional rainfall is expected through late afternoon with some showers forming around and south of Kailua-Kona.