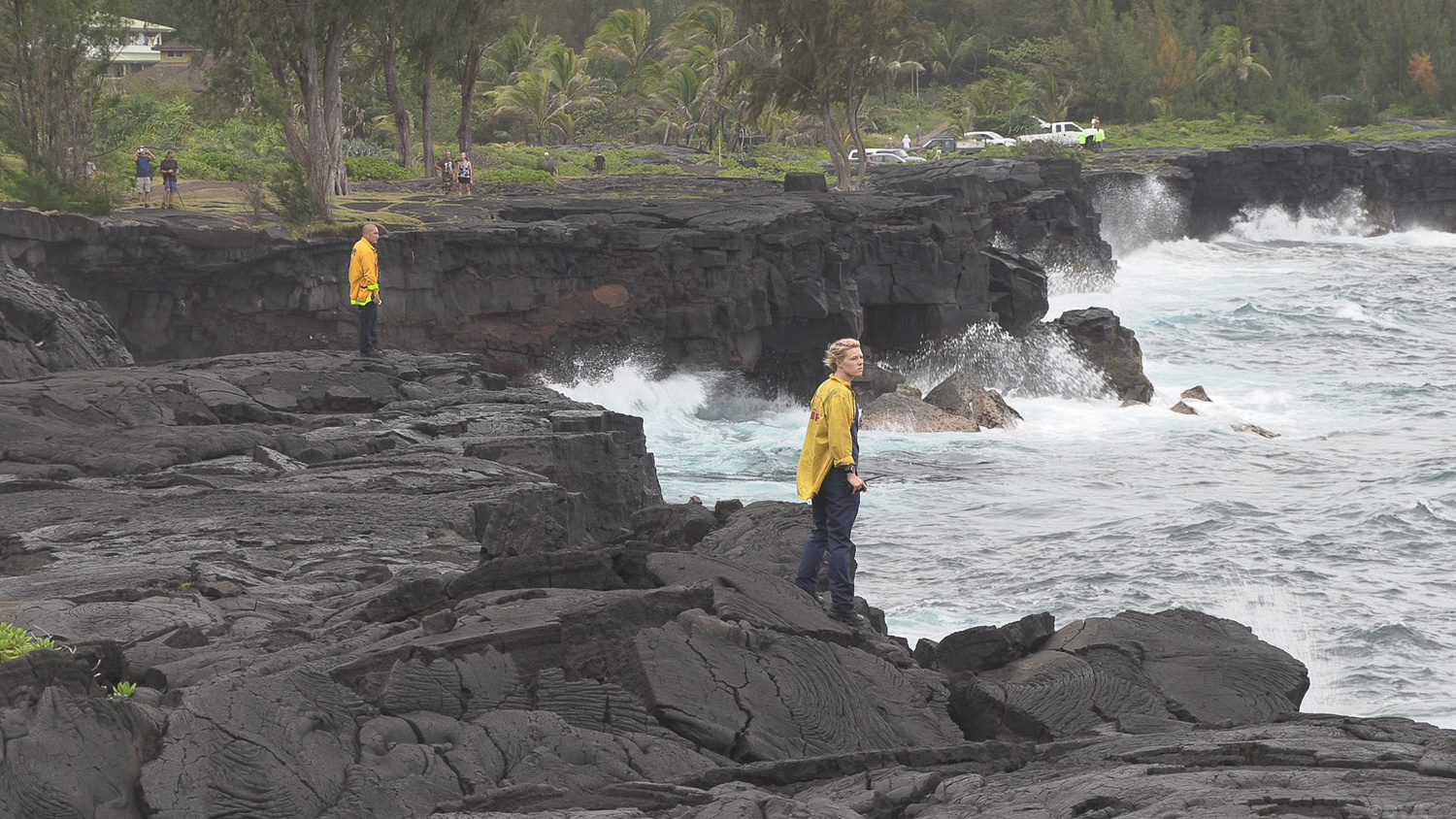 PUNA, Hawaiʻi - A reported male ʻopihi picker in his 50's was swept into the ocean from the cliffs off Beach Road in Hawaiian Paradise Park. 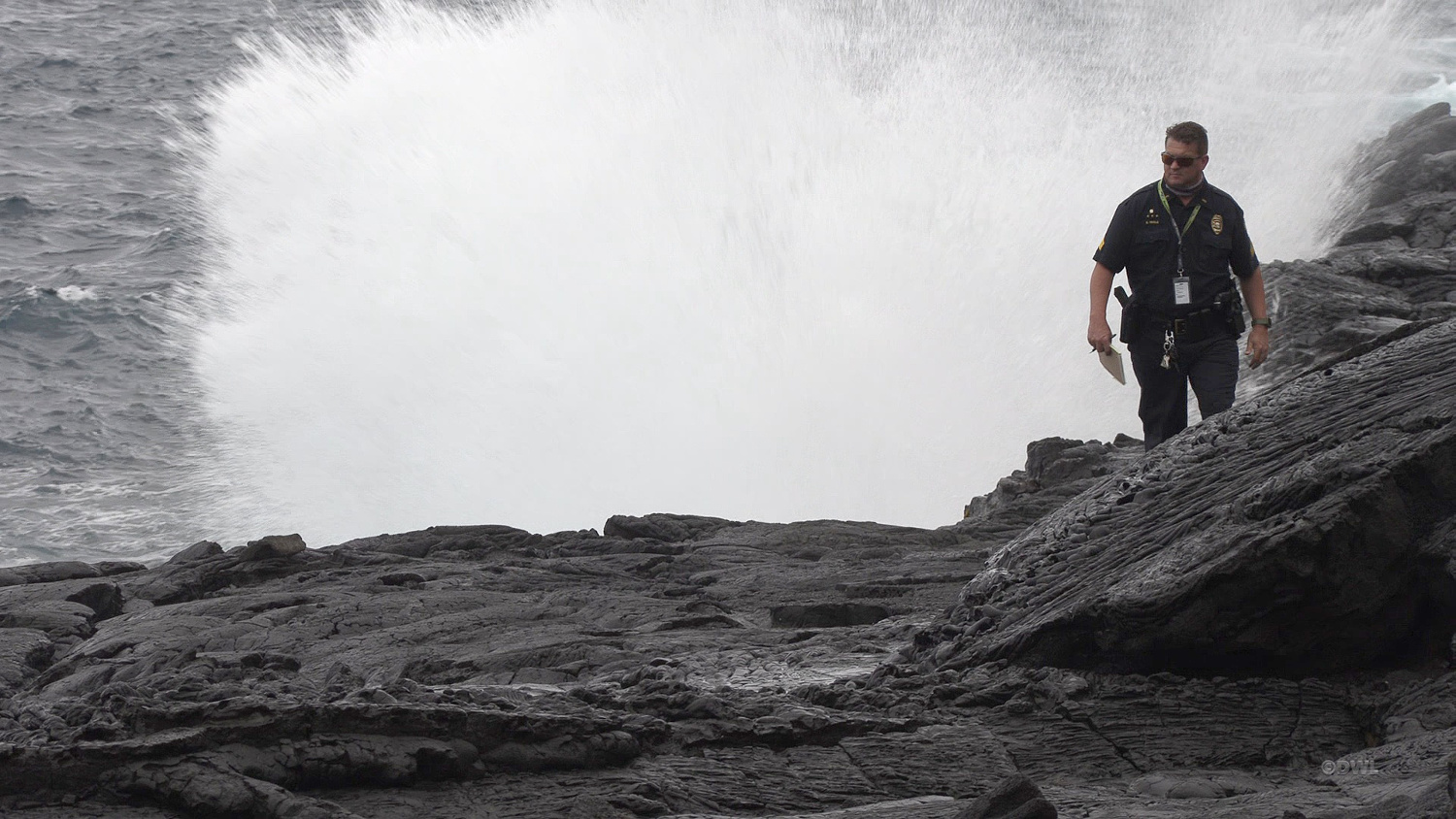 Waves crash along the Puna sea cliffs, image from video by Daryl Lee

(BIVN) – The body of a man who was swept into the ocean while reportedly picking ʻopihi along the Puna cliffs was recovered by the Hawaiʻi Fire Department on Tuesday evening.

The man, said to be in his 50’s, was last seen floating face down in the surf zone off Beach Road in Hawaiian Paradise Park.

From the Hawaiʻi Fire Department report on the incident:

Responding units conducted a shoreline and ocean search for a missing male opihi picker. Conditions were rough with a large East ocean swell striking the 20′ high Puna seacliffs. HFD worked the nearshore area just outside of the surf zone with surface divers as well as scuba divers looking in the deeper areas offshore. USCG had a Dolphine Helicopter working the mid range water and a C130 plane searching the outside open ocean. At around 6:45 pm, HFD units suspended the search and began returning to quarters; with the intention of returning at first light. At approximately 7 pm friends and family at the cliffs where the victim fell, reported seeing a body in the water. HFD units returned, and in the darkness, 2 rescue men depolyed to the surfline. Guided only by lights from the cliffs above they, through several attempts, were able to recover the victim. He was transported by boat to Wailoa boat ramp where HPD met them. 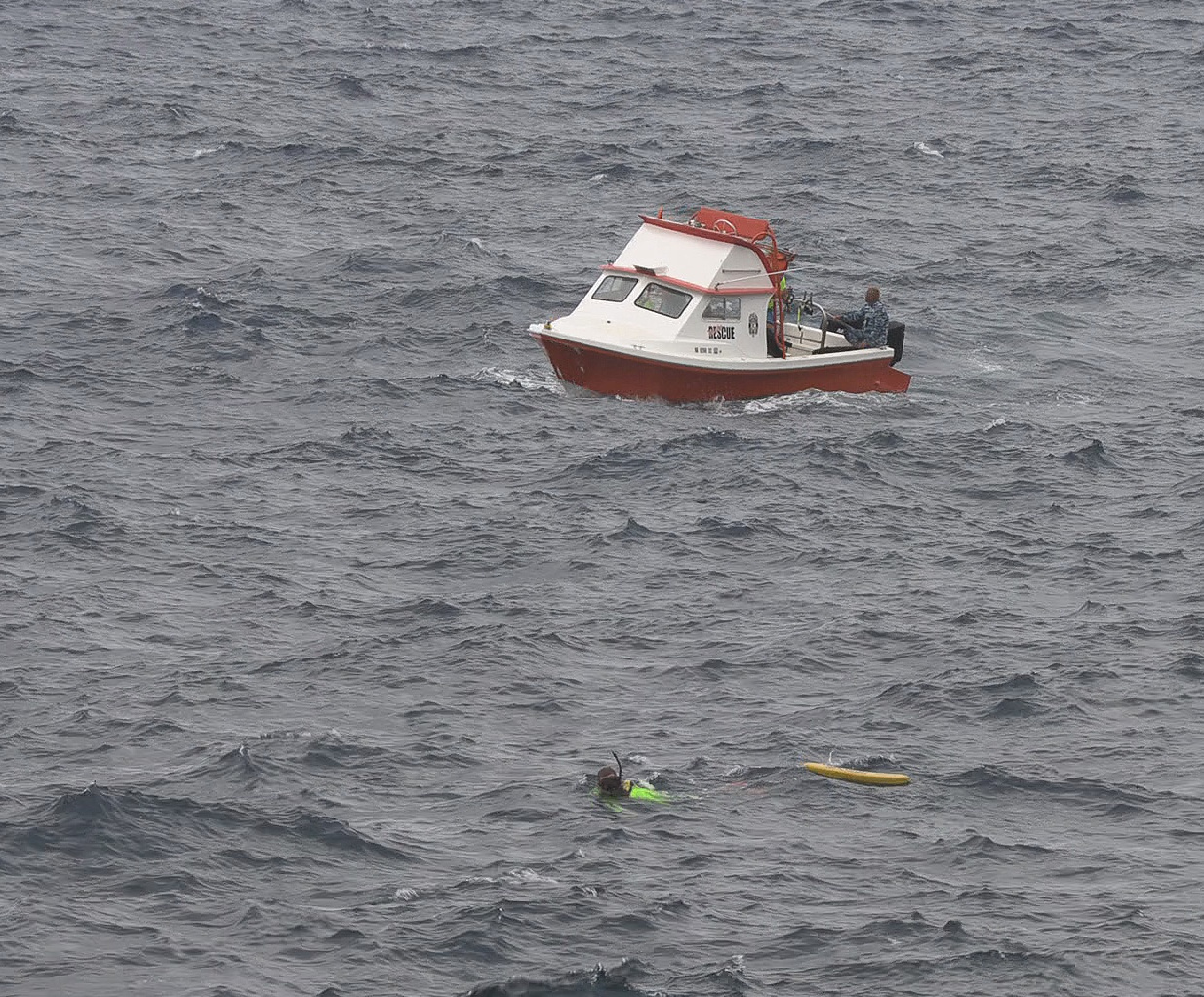 The search for the missing man, image from video by Daryl Lee

We will update this story with new information.