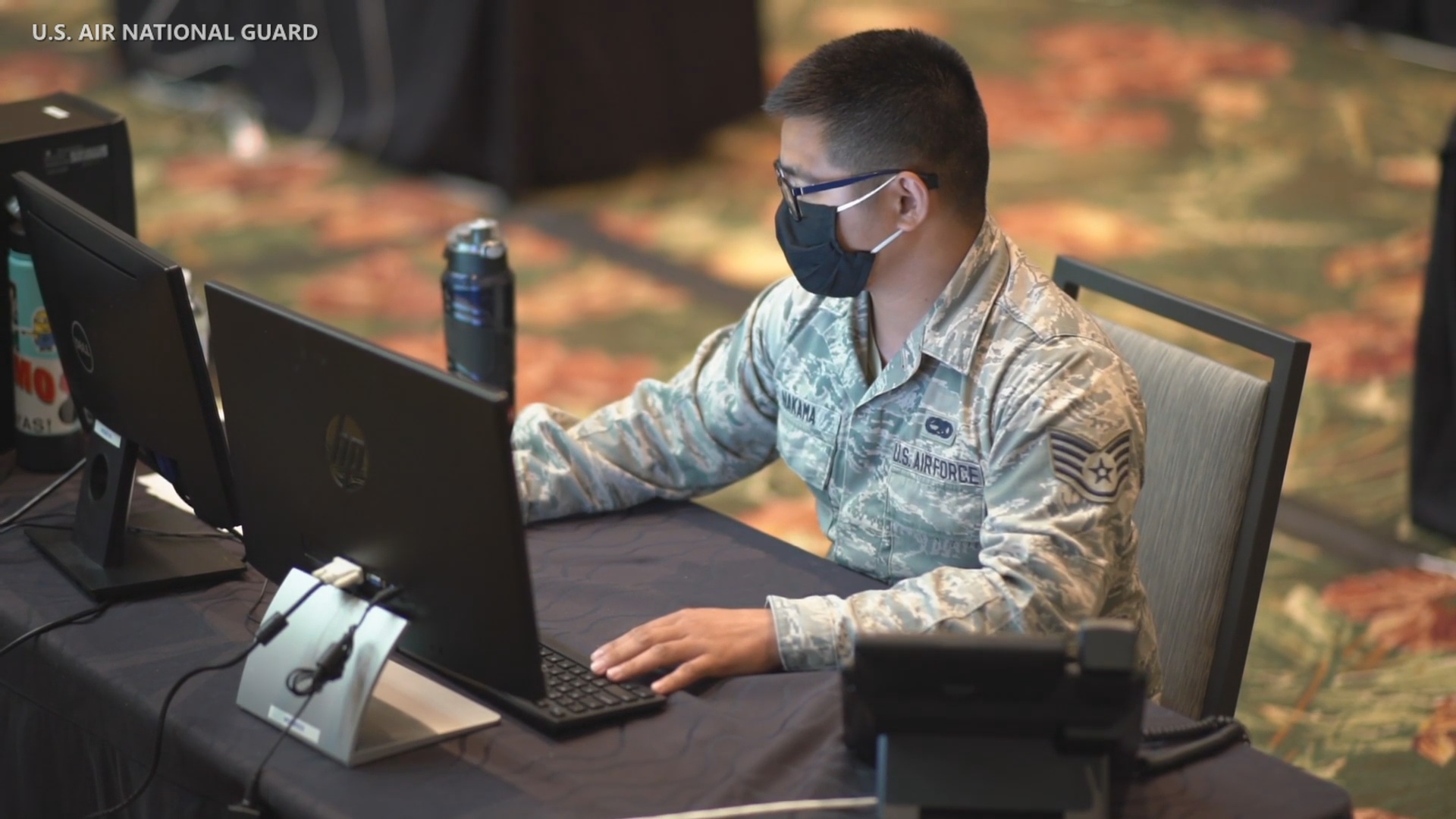 (BIVN) – From a ballroom at the Hawai‘i Convention Center that has recently been converted into a contact tracing center, state officials spoke Wednesday on accelerated efforts to track down close contacts of people who’ve been diagnosed with COVID-19 in the State of Hawaiʻi.

The showcase of the increased contact tracing effort comes as new cases of COVID-19 surge on Oʻahu. It also follows criticism from other branches of government that the Hawaiʻi Department of Health mislead the public as to its ability to contact trace the increasing number of new cases. 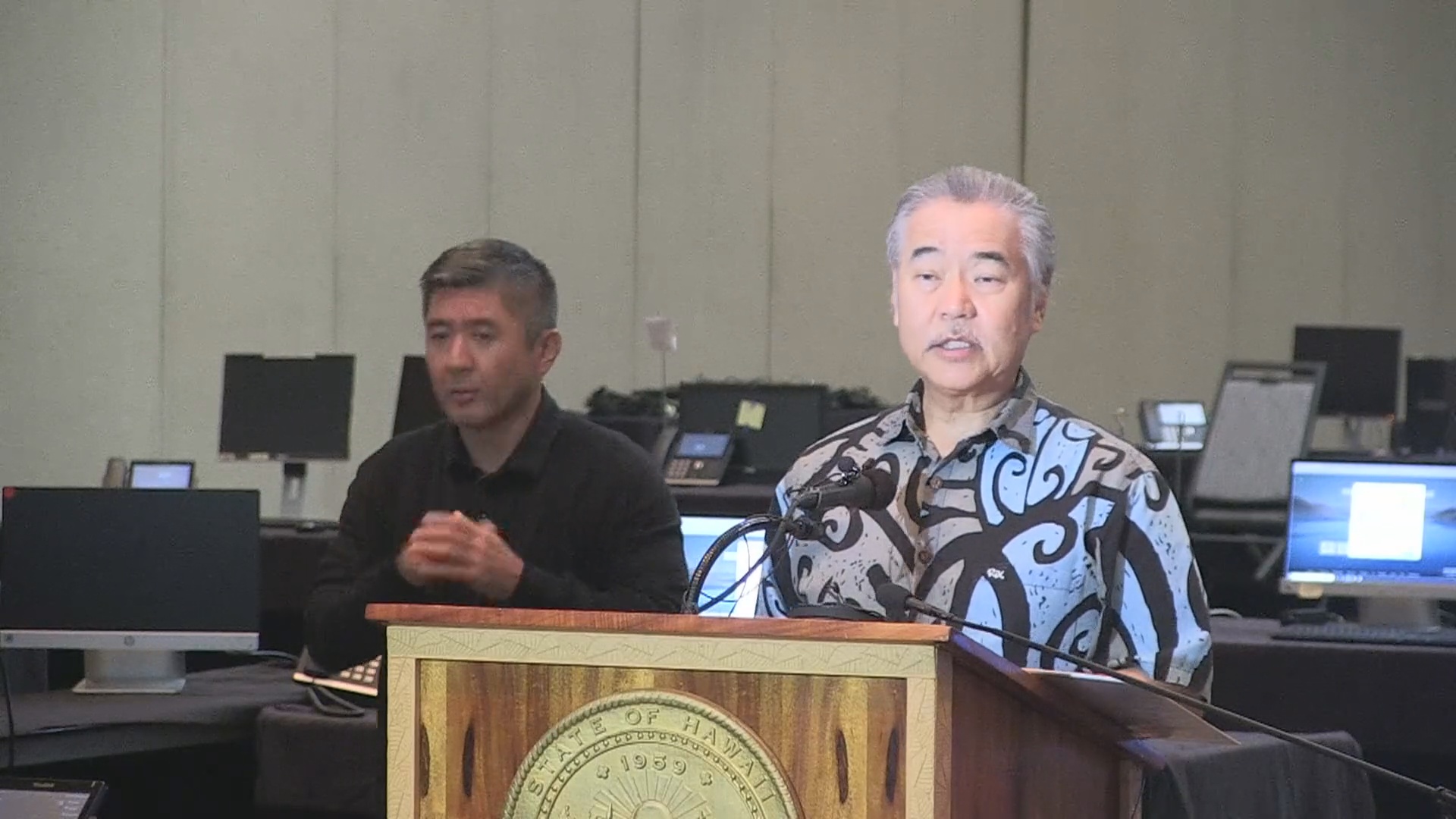 image from State of Hawaiʻi

The governor said when Hawai‘i began seeing the triple-digit surge of cases over the past two weeks he directed DOH to ramp up contact tracing efforts and the department did so. This complements existing tracer training in conjunction with the UH John H. Burns School of Medicine and now includes 50 Hawai‘i National Guard members who are working at HCC. Another ballroom with work stations, phones and computers is set up to accommodate an additional 50 personnel. A significant hurdle for expanding the contact tracing team previously was the lack of physical space at DOH.

After touring the operation prior to an afternoon news briefing, Governor Ige said, “I’m confident DOH has what it needs and will continue to accelerate contact tracing and support. Expanding contact tracing is critical and just one of the measures needed to control the virus.”

The governor said today he signed the City and County of Honolulu’s Act Now Honolulu order, announced yesterday, that is intended to stop the spread of coronavirus on O‘ahu. “We want to do everything possible. We all know what needs to be done. We can only be successful when we each take personal responsibility…stay home, wash hands, wear masks. We’re focused on unstructured social gatherings and the surge we’re seeing is because people let their guard down,” Governor Ige said.

The Hawaiʻi National Guard is playing a big part in the contact tracing effort. According to the Department of Defense:

The Hawai‘i National Guard is continuing to assist DOH with COVID mapping. Maj. Gen. Kenneth Hara was at the governor’s news briefing Thursday, and while there are already over two dozen Guardsmen assisting with the efforts, Gen. Hara said they’re working in collaboration with DOH to expand even further. He attributed their success in assisting to early planning, saying, “Early on back in March, I told all emergency managers and Hawai‘i guard leaders that we need to be responsive and anticipate needs. Our leadership team trained our Airmen and Soldiers ahead of time, so when the request came, we were able to support them within 24 hours.” Gen. Hara also added, “One of our skillsets and best advantages is that we are citizens and Soldiers. There are a lot of skills and other experiences and skills that the Soldiers and Airmen bring, so I’d really like to thank everybody that is supporting this operation from the Hawai‘i National Guard.”