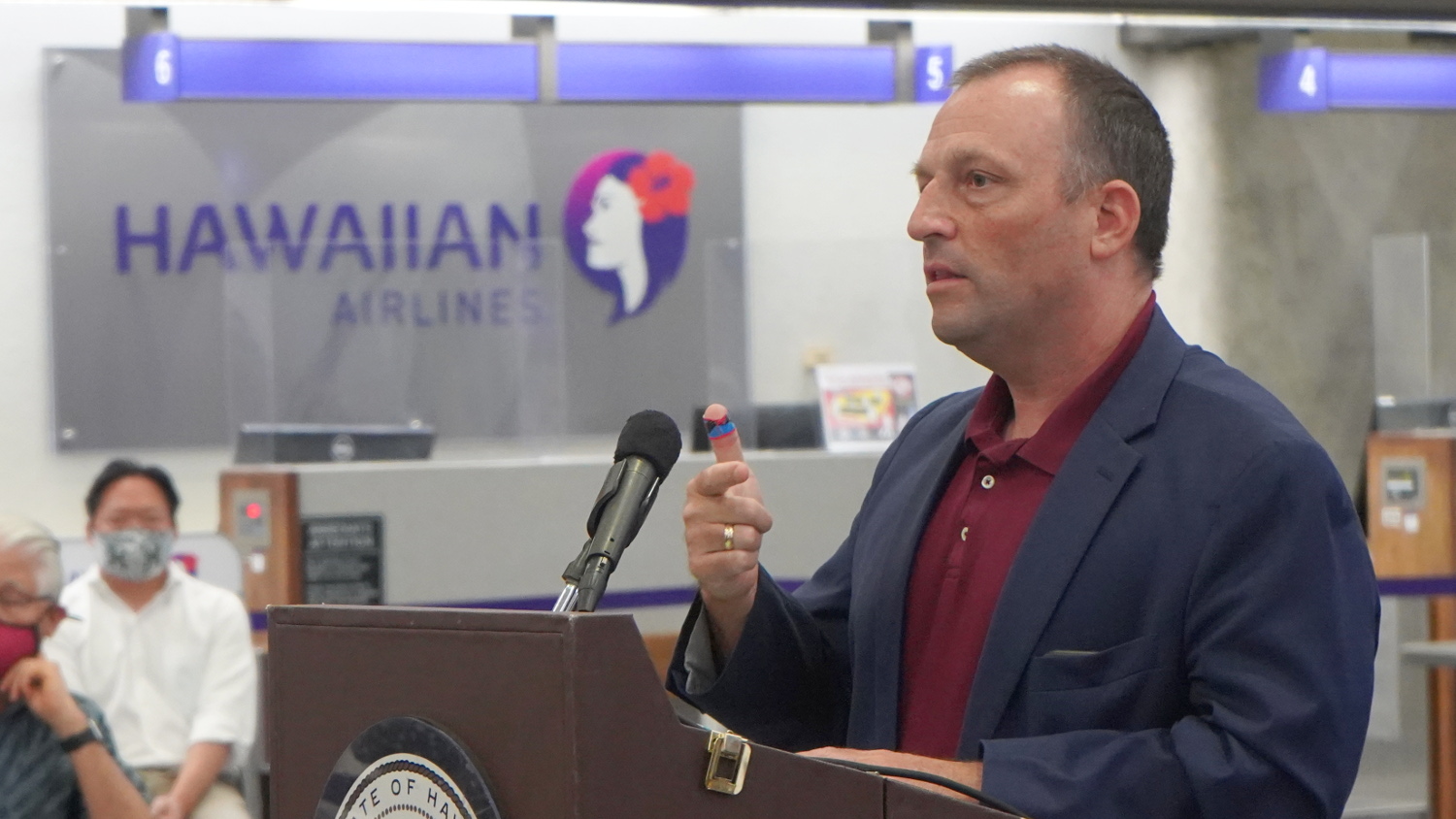 HAWAIʻI - Kohala Hospital confirmed on Friday evening that Dr. Green tested COVID-19 positive. He was on staff in the Kohala Hospital emergency department on September 5, 6 and 7.

(BIVN) – Lieutenant Governor Josh Green has tested positive for COVID-19, according to the hospital where he serves as an emergency department physician.

Earlier in the day on Friday, the office of Lieutenant Governor Green announced a member of the team tested positive for COVID-19, and the office’s 14 employees, including administrative and executive teams and security detail, would quarantine and get tested. Lt. Gov. Green also planned to isolate accordingly.

“Per our emergency management protocols, we immediately began tracing and testing all employees who had contact with Dr. Green,” said Hospital Administrator, Gino Amar. “I have also been in touch with the patients who Dr. Green treated over the weekend. We will be conducting two rounds of COVID testing for each of those patients.”

Dr. Green and his staff did not go into the long term care hospital at any time over the weekend.

The announcement naming someone specifically as having tested positive for COVID-19 is unusual. However, Lt. Governor Green said that he would share his test results once they became available.

UPDATE – (10:55 p.m.) – The office of the Lieutenant Governor confirmed Dr. Green’s positive test result. According to a Facebook post from the office, “Dr. Green reports that he feels fine and plans to update friends and family as he goes through what thousands of Hawaii citizens are experiencing.”

Green has served an important role as the administration’s liaison between the state and healthcare community on COVID-19.

Kohala Hospital says it conducted a deep cleaning earlier on Friday after receiving the news that Dr. Green and his staff were being tested.

“Since the onset of the COVID-19 pandemic, Kohala Hospital has been actively monitoring all staff for signs and symptoms of the virus, and providing testing when appropriate,” the hospital stated. “Additional details will be available on Saturday.”