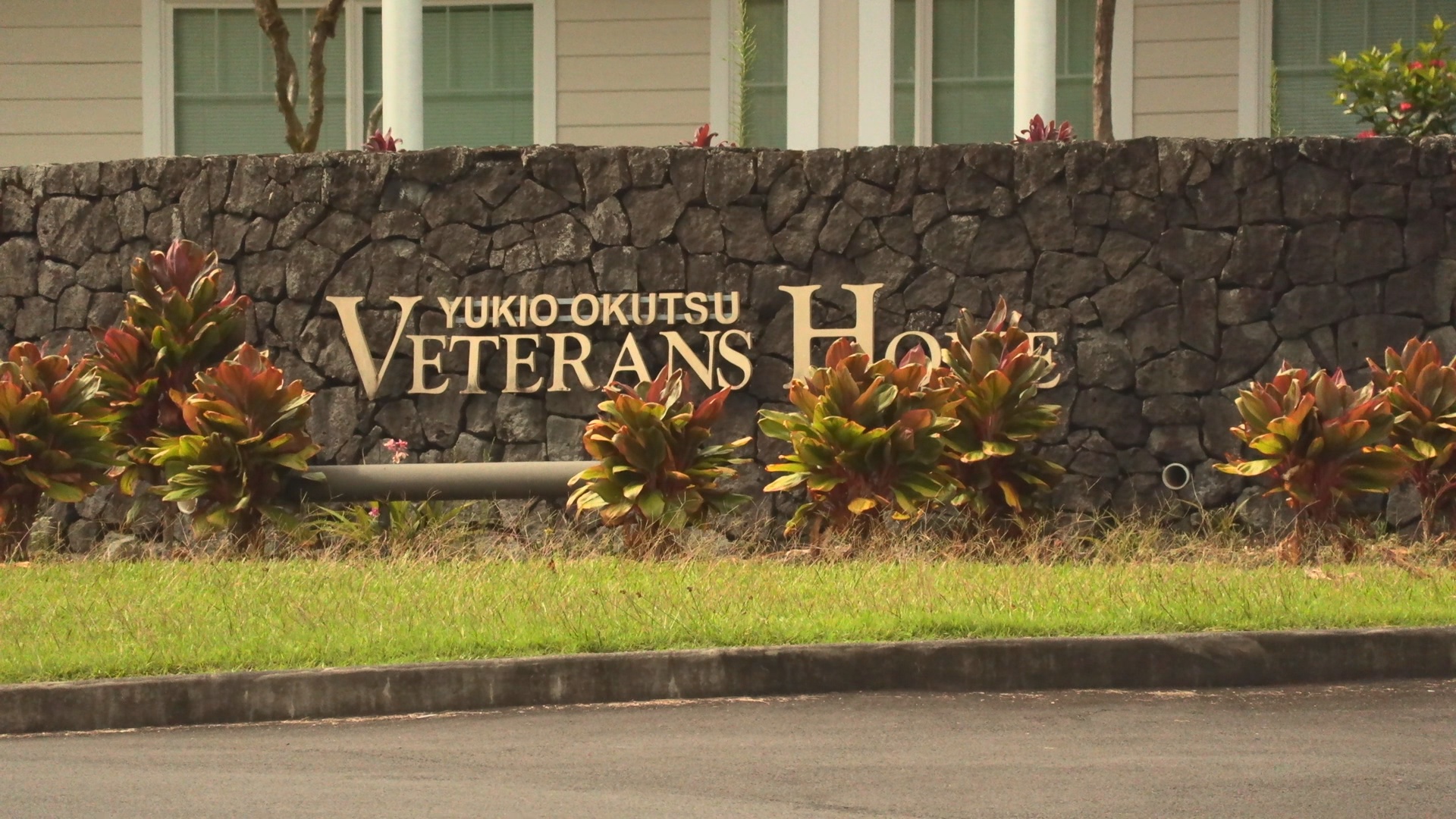 HILO, Hawaiʻi - Separate reports detailing conditions and protocols at the Yukio Okutsu State Veterans Home in Hilo have been developed by the State and Federal agencies. 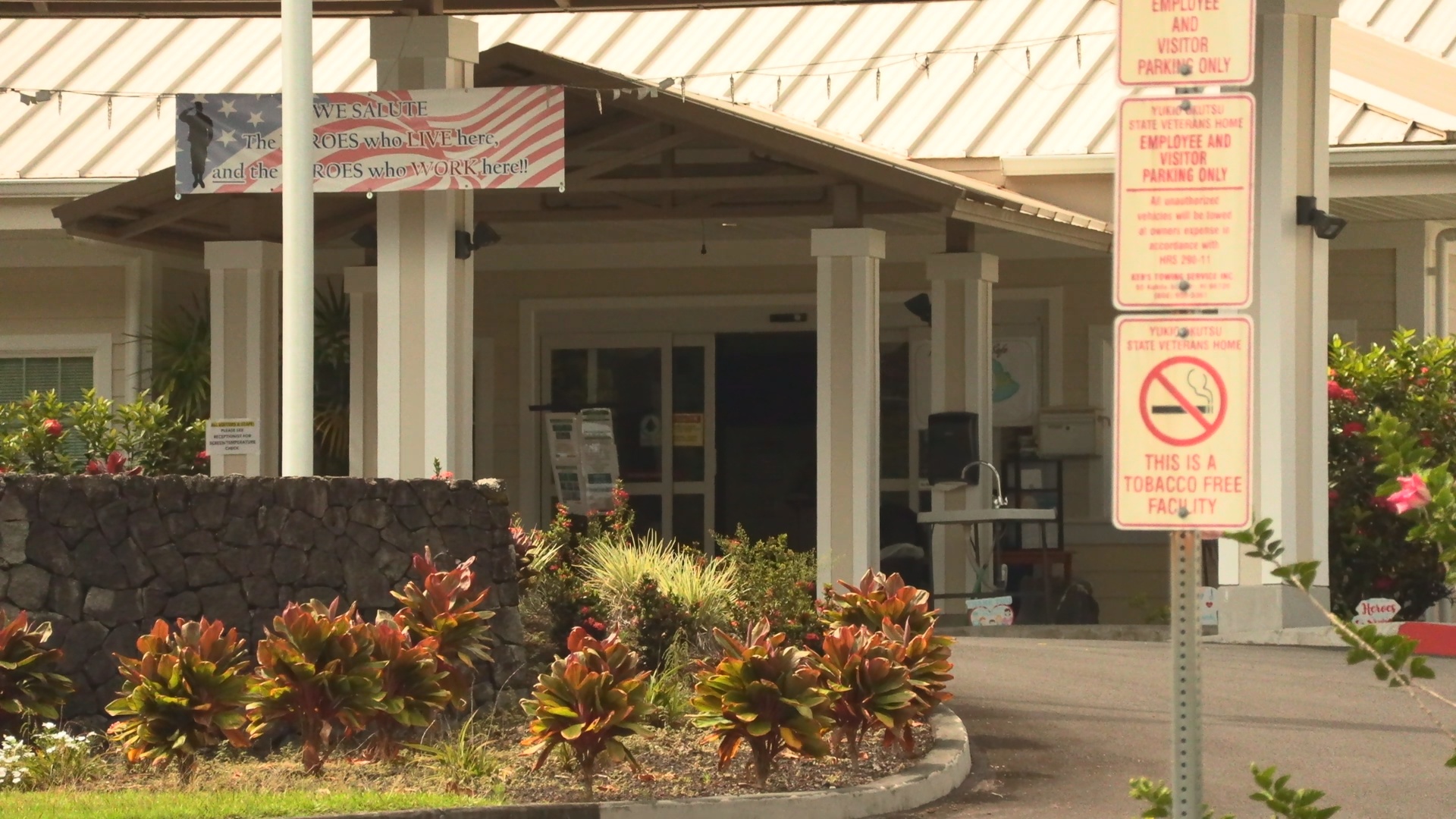 (BIVN) – Two reports on the deadly COVID-19 outbreak at the Yukio Okutsu State Veterans Home in Hilo have been produced after separate assessments were conducted by the U.S. Department of Veterans Affairs and the Hawai‘i Emergency Management Agency.

The Hawaiʻi COVID-19 Joint Information Center shared the reports on Monday. Both reports were critical about some of the conditions and the procedures observed at the veterans home, where twenty-four (24) residents have died after contracting the coronavirus, the County of Hawaiʻi reported on Monday.

The home is operated by Avalon Health Group, which is under contract to the State of Hawai‘i.

Dr. K. Albert Yazawa, who conducted the Hawai‘i Emergency Management Agency assessment at the request of the Hawai‘i Health Systems Corp., wrote in his report summary:

Multiple potential sources of infections brought into the facility by staff who appear to be connected to known community outbreaks, unknown asymptomatic but infectious carriers (staff), and community outbreak exposure at a dialysis center. Complacency by staff initially also played a part as evidenced by break room use and loose mask usage by some staff. Knowing exactly which staff may have had community exposure (ie. 2nd jobs, care home operator, home health, etc…) would have been useful to preempt suspected exposures.

It does not appear that nebulizer treatments contributed to spread at this time but the option of nebulizer use should be a non-issue.

Testing was conducted numerous times routinely but residents/staff could have been tested sooner on a as needed basis rather than wait for the next round of scheduled testing. Some staff did so by testing in other locations outside of the facility. Doing the same for residents may have caught infections sooner, in addition to maintaining a very low threshold for testing based on a growing list of subtle symptoms to include behavioral changes, non-respiratory symptoms like Gl issues, etc…

Once infections were known, In addition to a COVID unit, a PUI unit should have been created or at least an attempt to cohort PUI patients. This should not have been a voluntary directive. I believe this would have served to slow spread.

Cohorting strategies should include separate work stations for staff dedicated to such units to avoid cross contamination issues.

The issue of wandering dementia patients is a complex issue in the nursing home and is difficult to deal with within current nursing home regulations which discourages physical or chemical restraints of any kind unlike in acute care facilities. More attempts like the use of physical barriers like dementia stop signs could be utilized or keeping them separated into a separate “unit” using plastic curtains should have been considered. 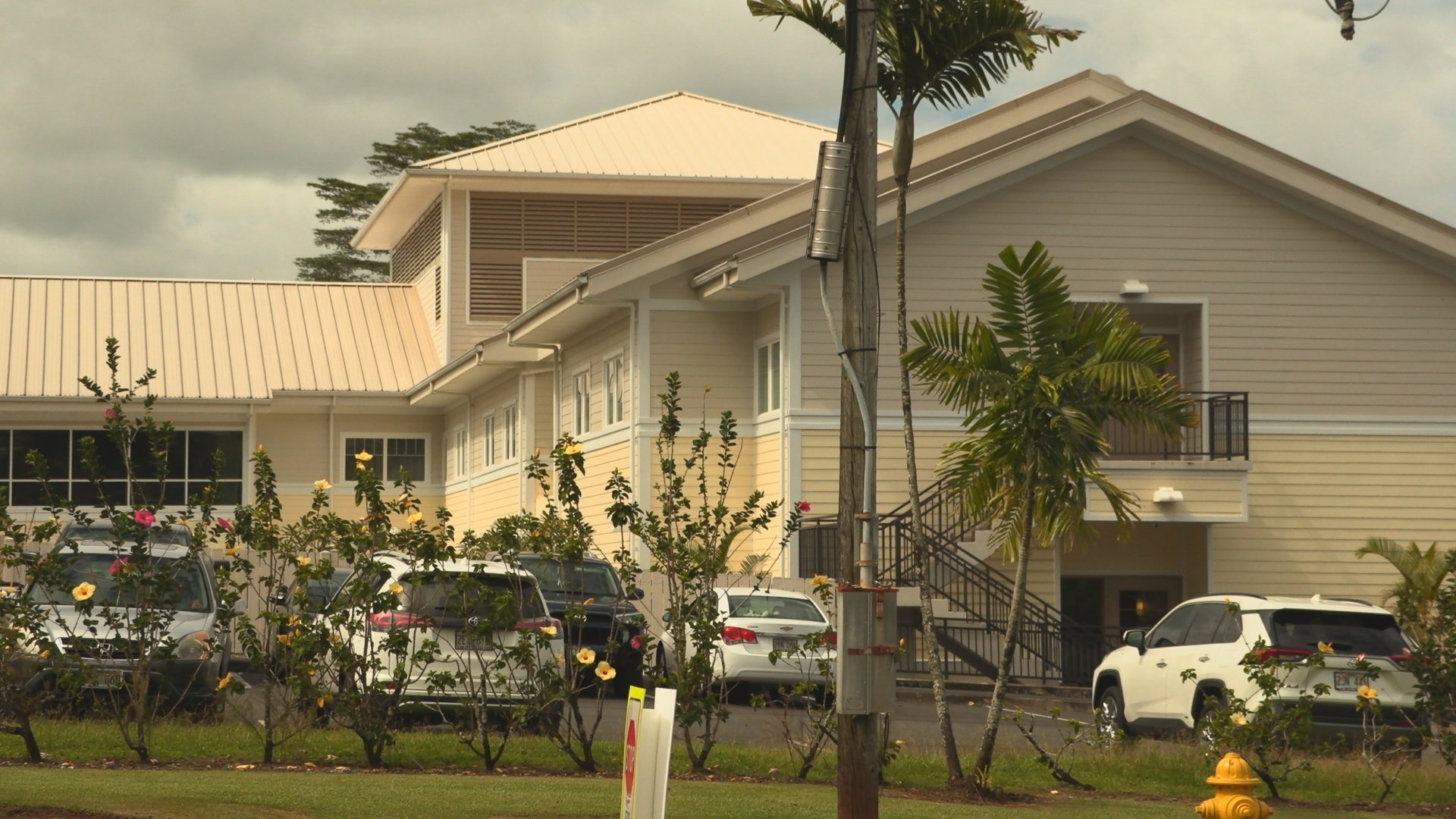 I believe the nursing home culture at YOSVH was one that remained entrenched in pre-COVID norms of respecting individual resident rights over the health of the general population. This was evidenced by not cohorting residents due to resident refusal to move rooms, not stopping all nebulizer treatments due to resident refusal, and allowing dementia patients to wander without an attempt to restrict their movements. In this pandemic crisis, these were major errors that contributed to infectious spread, in addition to the many concerns already identified above.

As for the staff, despite all good intentions, new infections were identified among staff with every facility-wide testing, five to date. With community positivity rates in the Hilo area far below 5%, it is unlikely that this can be attributed to community acquired COVID. | believe that staff acquired COVID at the YOSVH due to less than optimal day-to-day personal prevention practices as well as the lack of good systemic practices which may have limited individual exposure like better cohorting strategies, stricter PPE use in common areas like the central nursing area or an alternate set-up made available for them that would limit contamination, and higher staffing ratios in the COVID unit.

The Veterans Affairs team detailed their own observations in a separate report. Avalon Health Group specifically responded to many of the points raised in the VA report.

According to the VA, the veterans home administrator “stated there were no current processes in place to limit housekeeping staff or maintenance personnel from intermixing from the COVID unit to other areas.”

Avalon responded that “there was a dedicated housekeeper for the COVID unit from the start of the unit,” and that the maintenance department was recently “instructed to complete COVID unit maintenance tasks at the end of the day so that they did not have to re-enter non-COVID areas prior to leaving.” Avalon also said the facility is hiring two additional housekeepers and has also requested three housekeepers from HI-EMA.

The VA report stated a “Social Worker expressed exhaustion with working extended hours and covering for maintenance, feeding, and other duties due to shortage of staff.” The VA said the worker stated the shortage was not only due to staff being out due to being COVID positive, but also due to staff “quitting”. The VA noted that the “leadership did not appear to share the same feeling of a staff shortage or need for additional staffing.”

Avalon responded that “the Facility has had an emergency staffing plan to address staffing shortages as a result of the COVID pandemic,” and that leadership and managers were utilized “to supplement floor staff to make sure needs of the residents were met at all times.”

There was very little evidence of proactive preparation/planning for COVID. Many practices observed seemed as if they were a result of recent changes. Even though these are improvements, these are things that should have been in place from the pandemic onset and a major contributing factor towards the rapid spread. A basic understanding of segregation and workflow seemed to be lacking even approximately 3 weeks after first positive.

Avalon responded that, on the contrary, the facility “has been actively engaged in pandemic preparation since the identification of a global pandemic. This is evidenced by the ongoing pandemic committee, the emphasis on education relative to COVID-19, basic Infection Control practices, transmission based precautions, prevention of COVID by screening of employees and essential visitors/ daily or more frequent monitoring of residents for signs and symptoms of COVID-19.” Avalon also said there were also periodic “drills” for setting up the COVID unit andg monitoring of infection control practices.

A third report is also being prepared. The Department of Health’s Office of Health Care Assurance (OHCA) conducted an inspection of the facility’s infection control measures. The OHCA inspection report is still undergoing internal review and will be shared soon after veterans home receives it. However, the State provided a brief preview of the report in its Monday news release:

“Staff were in-serviced on facility policies and procedures, but it appears there was no follow-up to ensure appropriate behaviors or enforcement,” according to the OHCA report; further noting,

“The staff received education on COVID-19 Infection and Control during a meeting on June 10 to June 15, 2020.” That meeting included the Resident Screening Tool – keeping COVID out by detecting cases quickly and stopping transmission.”

The State reported that the Veterans Administration formed a 20-person “Tiger Team” to help “implement recommendations, provide training and oversight, and to provide needed staffing support and respite,” at the Yukio Okutsu State Veterans Home.

“This report makes clear that Avalon did not take the steps necessary to protect its residents and staff. We have known all along that nursing homes and their residents were particularly vulnerable to COVID-19, so it is infuriating to see that basic infection control practices were not in place months after the pandemic began. Avalon must take immediate action to address the recommendations of this report to ensure the safety of the veterans and staff at the State Veterans Home.

“My staff and I will continue to closely monitor this outbreak and help provide any additional federal resources that are available.”

“With twenty-four deaths and 70 positive infections of our veterans, the VA’s report makes it clear that the facility’s management failed to take action to prevent this massive outbreak at a home entrusted with the responsibility of caring for our veterans. The culture of complacency that allowed this incredible loss of life and suffering must end. Those responsible for this must be held accountable. I will continue to support all efforts to conduct oversight and follow-through to ensure immediate action is taken to keep our veterans and their caregivers safe. Sadly, for many of the residents and their families, it’s too late.” 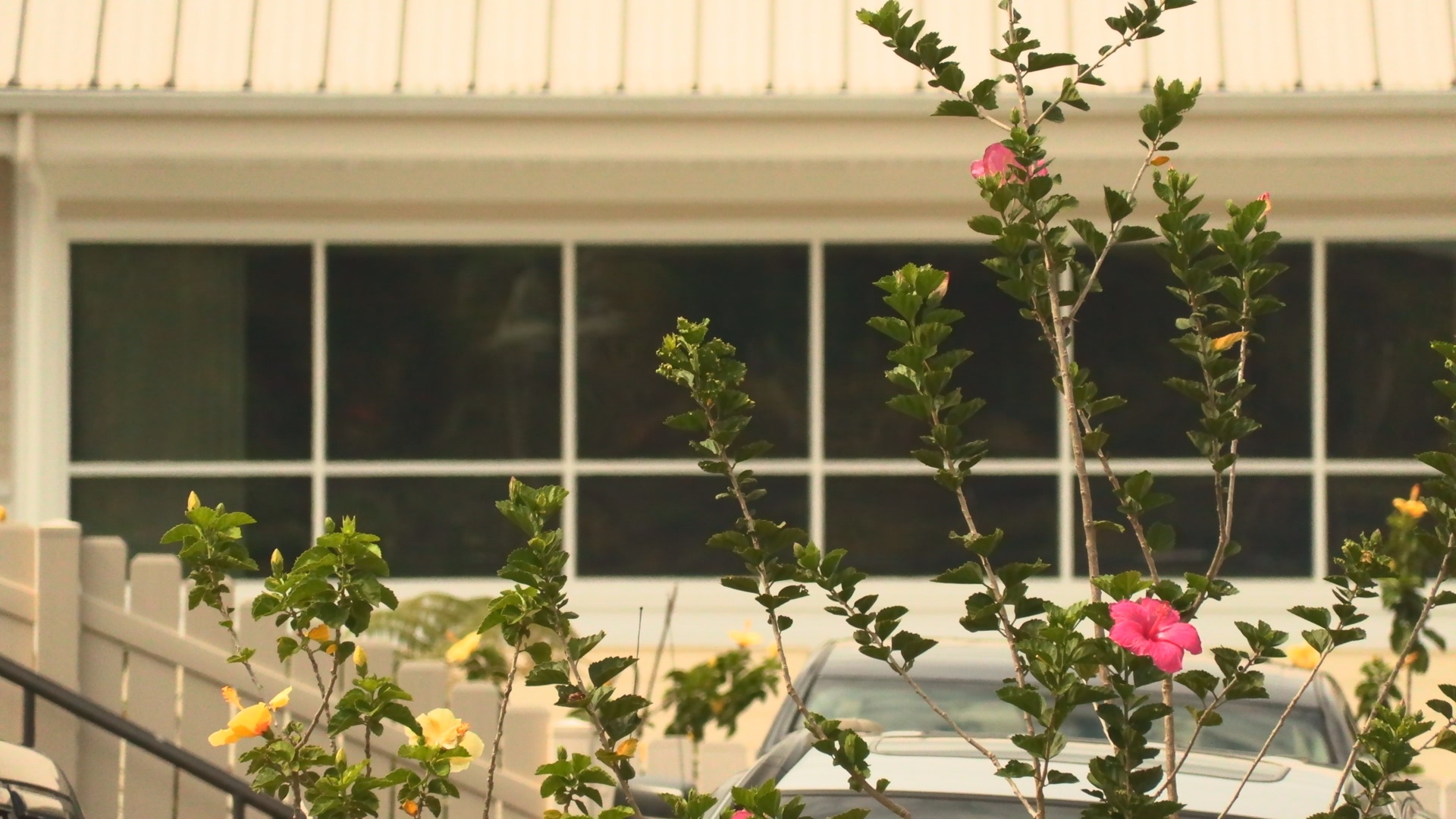