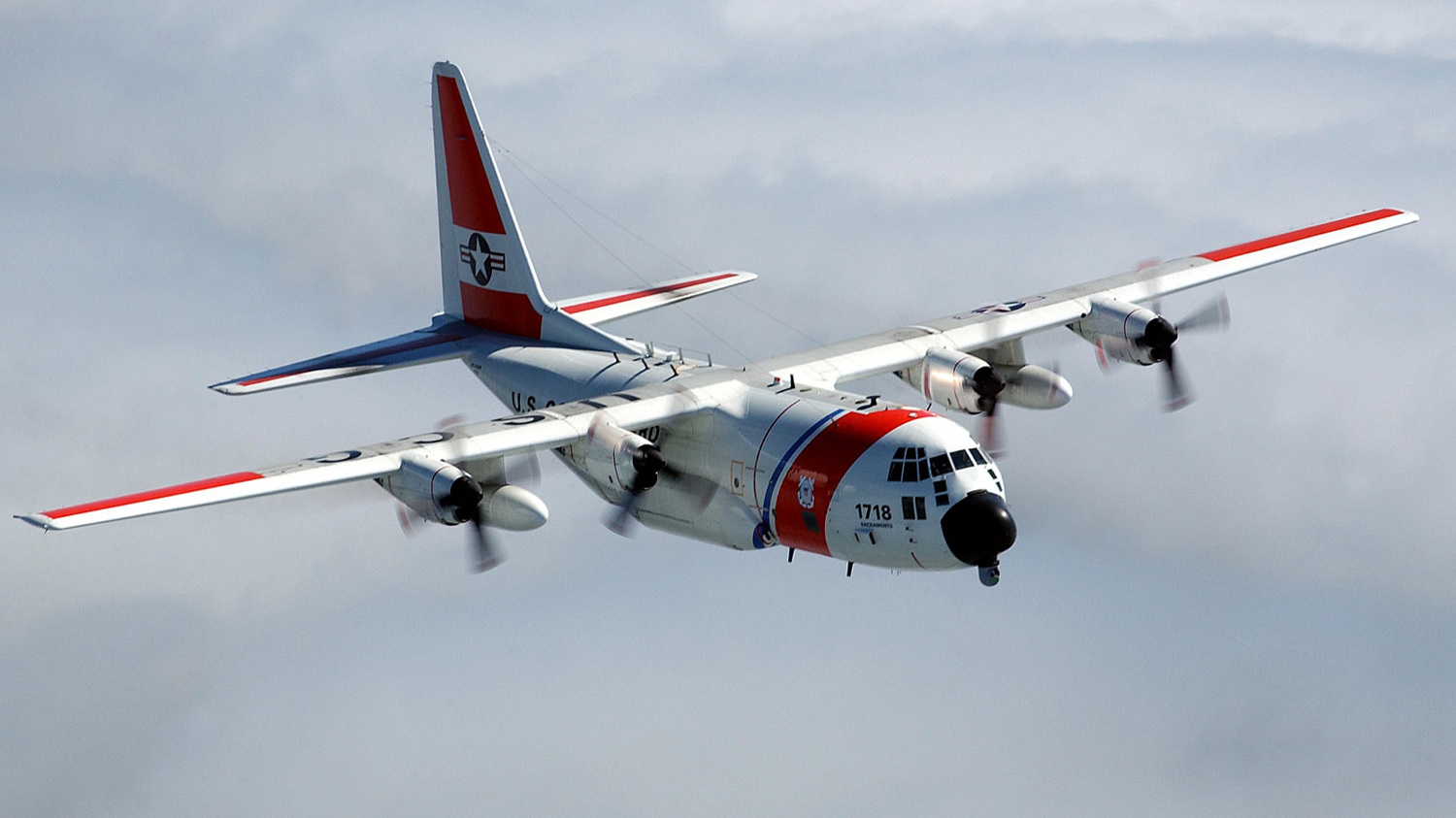 File photo of a Coast Guard C130 aircraft, like the one used in the search off Punaluʻu, courtesy the U.S Coast Guard. Photo by PA2 Barry Lane.

PUNALUʻU, Hawaiʻi - The two kayaker were last seen in a yellow two-person kayak at approximately 3 p.m. on Wednesday. They are reported to both be 50 years-old and wearing yellow personal flotation devices.

“An Air Station Barbers Point C-130 Hercules aircrew located the kayakers and air dropped a message block to make contact,” the USCG reported in a news release. “The kayakers confirmed they did not need Coast Guard assistance and were not in any distress.”

The two kayakers – one male and one female – were last seen leaving in a yellow two-person kayak at approximately 3 p.m., the USCG says. They are believed to be 50 years-old and wearing yellow personal flotation devices.

Coast Guard Sector Honolulu watchstanders received a report at 6:38 p.m. from a good Samaritan stating she saw the kaykers depart earlier in the day and had not returned though it was sunset.

Upon notification, the watchstanders issued an Urgent Marine Information Broadcast notice to mariners asking the public to keep a sharp lookout for signs of distress and diverted the crew of the Coast Guard Cutter Kittiwake (WPB 87316) in response.

An Air Station Barbers Point MH-65 Dolphin helicopter and C-130 Hercules aircrews were launched to assist with the search.

The USCG says the weather on scene is winds of 5 mph and seas up to three feet.

Anyone with information regarding the kayakers is requested to contact the Sector Honolulu Command center at 808-842-2600.