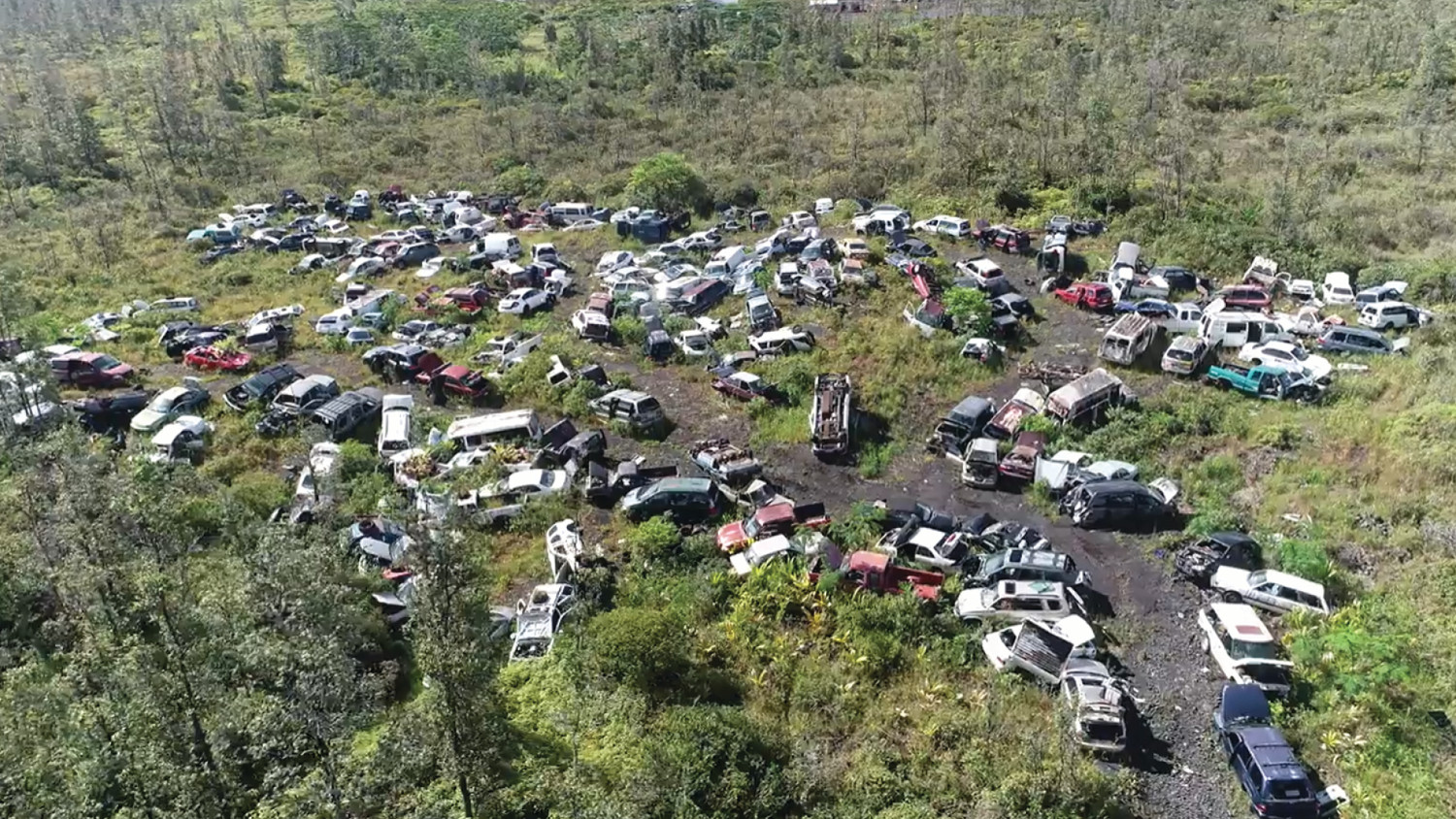 photo over Makuʻu taken before the vehicle removal, courtesy DHHL

PUNA, Hawaiʻi - The Department of Hawaiian Home Lands and Hawaiʻi County partnered to removes the vehicles - and tires - from Makuʻu.

(BIVN) – Hundreds of abandoned vehicles and tires have been removed from Hawaiian homestead lots in Puna, following a coordinated effort between the Department of Hawaiian Home Lands and the County of Hawaiʻi.

DHHL announced the completion of the removal in this media release issued on Friday:

The Department of Hawaiian Home Lands (DHHL), in coordination with the County of Hawaiʻi, has completed the removal of 382 intentionally abandoned vehicles and approximately 700 tires on three parcels of agricultural homestead lots in Makuʻu, Hawaiʻi Island.

In September, the Department signed a Memorandum of Agreement with the County to secure aid from the County’s Department of Environmental Management’s Solid Waste Division – Abandon Vehicle Program to remove the abandoned vehicles.

A gate was also installed at the roadway’s entrance to restrict access during the removal. The gate will remain in place until full restoration of the land has occurred and the lots are scheduled to be re-offered to beneficiaries. 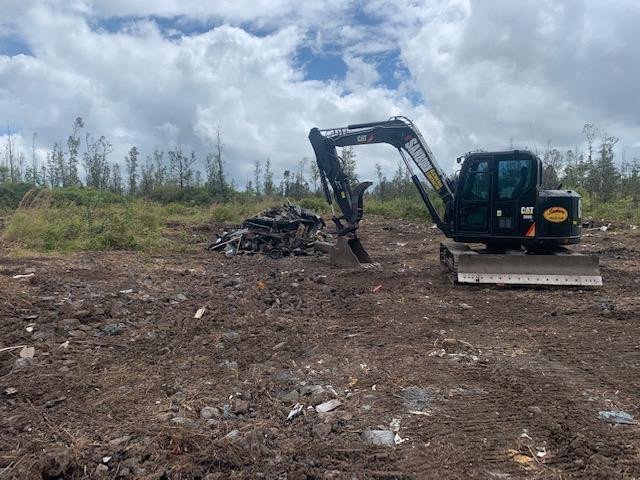 “We are appreciative of the collaborative effort to remove these intentionally abandoned cars,” said Hawaiian Homes Commission Chairman William J. Ailā, Jr. “The County of Hawaiʻi has been a key component in moving this effort forward and I’d like to acknowledge the roles of the Hawaiʻi Police Department, the Makuʻu Homestead Association and the community at large who have also aided the process.”

A remediation plan to address related soil contamination from the derelict vehicles is in the works between DHHL and the Hawaiʻi Department of Health. A formal assessment and plan implementation is anticipated to get underway ahead of a new lot offer.

Lots returned to DHHL or those that come back into inventory as a result of a lease cancelation will be offered to beneficiaries on the Hawaiʻi Island Applicant Waiting List.

“I once again want to underscore the importance of homesteaders occupying and using their homestead lots,” said Chair Ailā. “Once the Department is notified of illegal dumping, the issue has generally already escalated. The result is time and financial means that could otherwise be spent on fulfilling our mission to return native Hawaiians to the land.”

The public is encouraged to report dumping, abandoned vehicles, or unauthorized campers on Hawaiian Home Lands by calling (808) 620-9500.