A synthesized voice was utilized to create the text-to-voice version of this video news story. The civil defense message was provided by the Hawaiʻi County Civil Defense. Maps and other images courtesy the USGS Hawaiian Volcano Observatory.

WAIMEA, Hawaiʻi - The earthquake occurred at 9:27 a.m. HST and was centered about 13 miles south southeast of Waimea under the northwest flank of Maunakea.

(BIVN) – A Magnitude 4.4 earthquake was recorded near Waimea on Monday morning.

The USGS Hawaiian Volcano Observatory says the event occurred at 9:27 a.m. HST and was centered about 13 miles south southeast of Waimea, and east of Waikoloa, under the northwest flank of Maunakea.

This is a Civil Defense Local Earthquake message for Monday, December 14 at 9:30 in the morning.

I say again, there is NO TSUNAMI THREAT to the Island of Hawaii.

Preliminary data indicates that the earthquake measuring a magnitude of 4.2 was centered in the vicinity of Waikoloa. 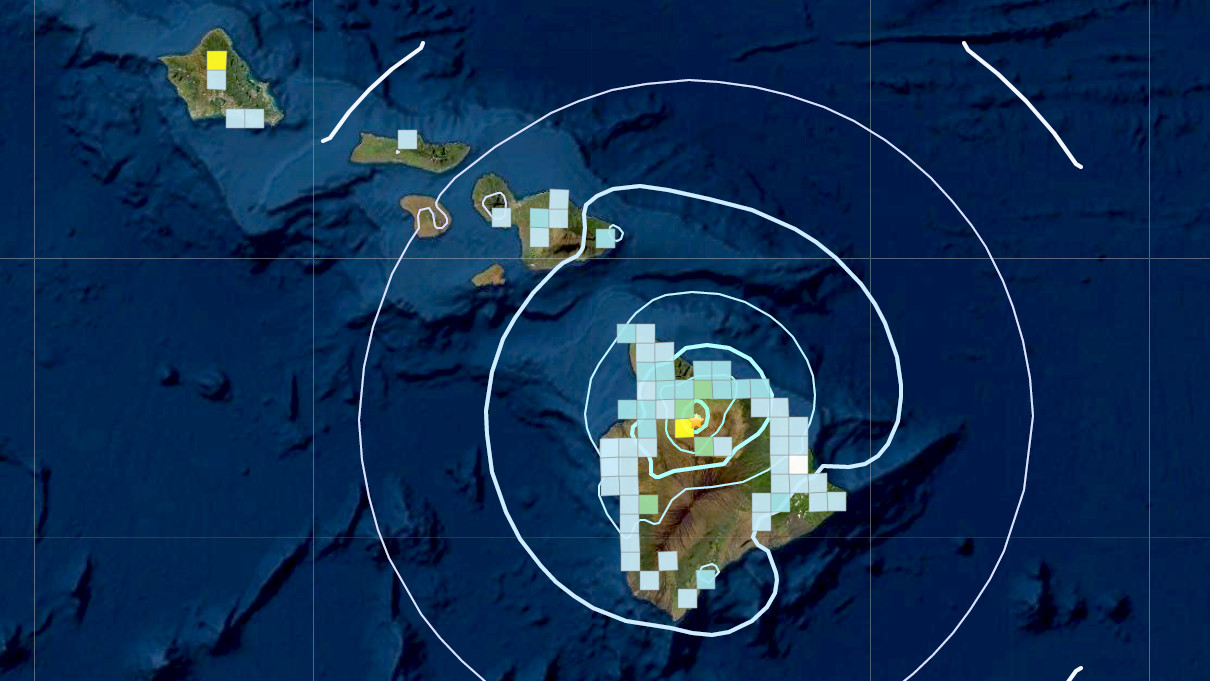 USGS “Did You Feel It?” map shows the earthquake was felt as far away as Oʻahu.

The earthquake was centered about 20 km (12 miles) southeast of Waimea, Hawai‘i at a depth of 25 km (16 miles). A map showing its location is posted on the HVO website. More details are available at the National Earthquake Information Center website.

Strong shaking, with maximum Intensity of VI, has been reported across the Island of Hawai‘i. At that intensity, light damage to buildings or structures could be expected. The earthquake was reported felt over most of the Island of Hawai‘i, and as of Monday morning, December 14, USGS has received over 650 felt reports on their “Did you feel it?” Web site.

According to HVO acting Scientist-in-Charge David Phillips, “This earthquake was widely felt across the Island of Hawai‘i, and even as far away as O‘ahu. Please be aware that aftershocks are possible and may be felt. HVO continues to monitor Hawaiian volcanoes for any changes.”