A synthesized voice was utilized in the narration for this story. Video and photos are from the USGS Hawaiian Volcano Observatory, and National Park Service.

HAWAIʻI VOLCANOES NATIONAL PARK - Shortly before 3 a.m. Saturday morning, the northern vent shut down after it was inundated by the rising lava level, and started to drain the lake. 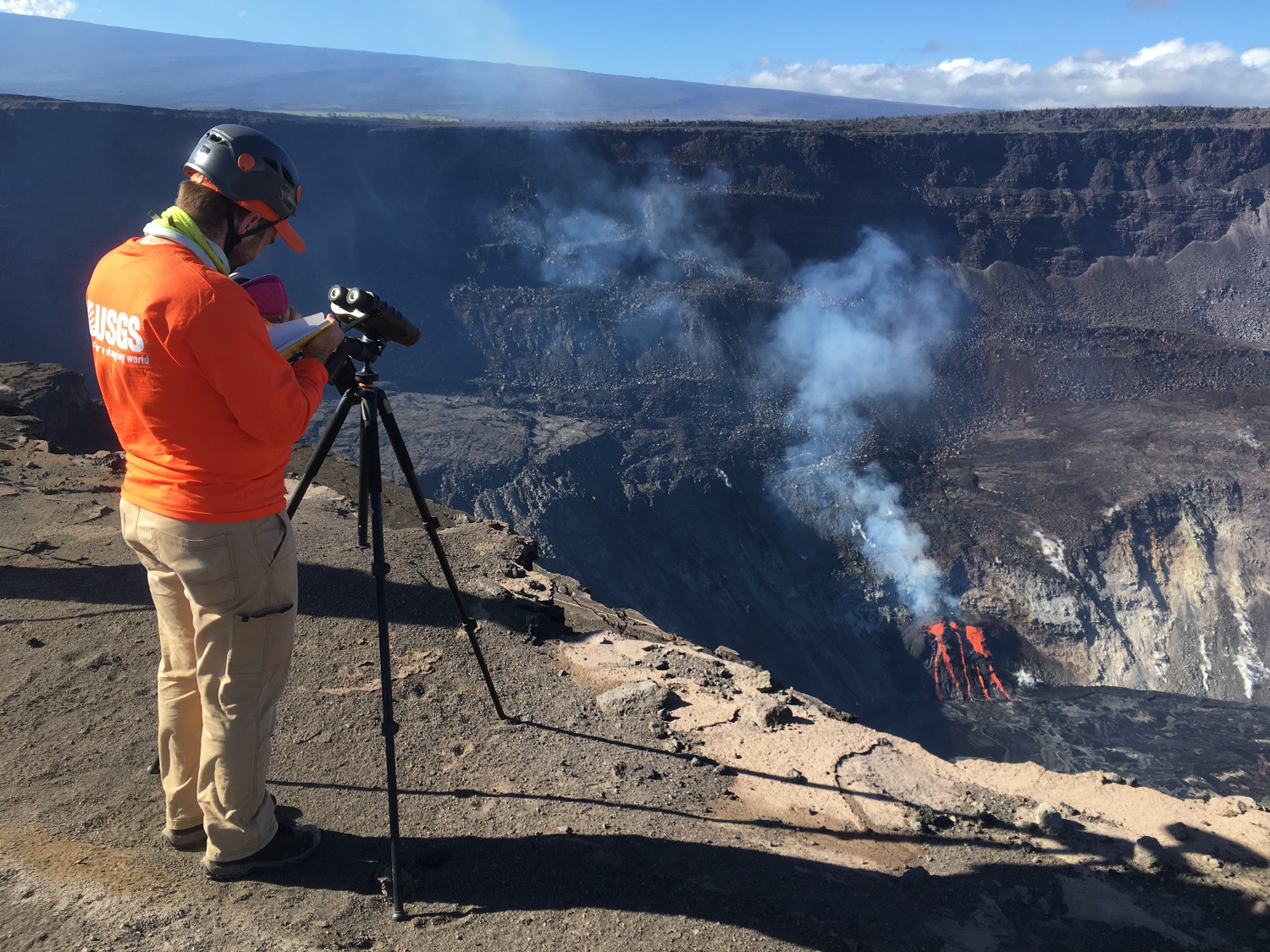 Hawaiian Volcano Observatory scientists continue to make observations and measurements of the ongoing Kīlauea summit eruption within Halema‘uma‘u crater. At about 2:30 p.m. HST on December 26, geologists measured the lava lake depth at approximately 176 m (577 ft). The peak depth was measured at approximately 179 m (587 ft) yesterday, December 25, at around 9:10 p.m. HST. These measurements are consistent with field observations that the lava lake appears to be slowly draining at the northern fissure site. USGS photo taken by M. Patrick.

The eruption of Kīlauea volcano continues, and scientists are keeping an eye on some changes in the new lava lake at the summit.

On Saturday afternoon, the USGS Hawaiian Volcano Observatory reported that the lava level in the crater had decreased by seven feet.

The lava lake has been growing deeper ever since the new eruption began 6 days ago, being fed by two active vents on the crater wall.

Shortly before 3 a.m. Saturday morning, the northern vent shut down after it was inundated by the rising lava level. Scientists report the vent even started to drain the lake. The lava level was estimated to be 583 feet deep when that happened.

At around the same time, the western fisher began erupting more vigorously, spattering and producing streams of lava. The lava fountains were measured to be at least 32 feet high.

The lower lava lake level has left behind a cooled ledge, which can be seen in this thermal image like the ring in a bathtub.

The floating island of cooler, solidified lava – which had been slowly drifting around in the lake until it grounded near the north vent – is now starting to slowly drift to the southeast. Several yards of lava level drop are also visible around the island’s edges. 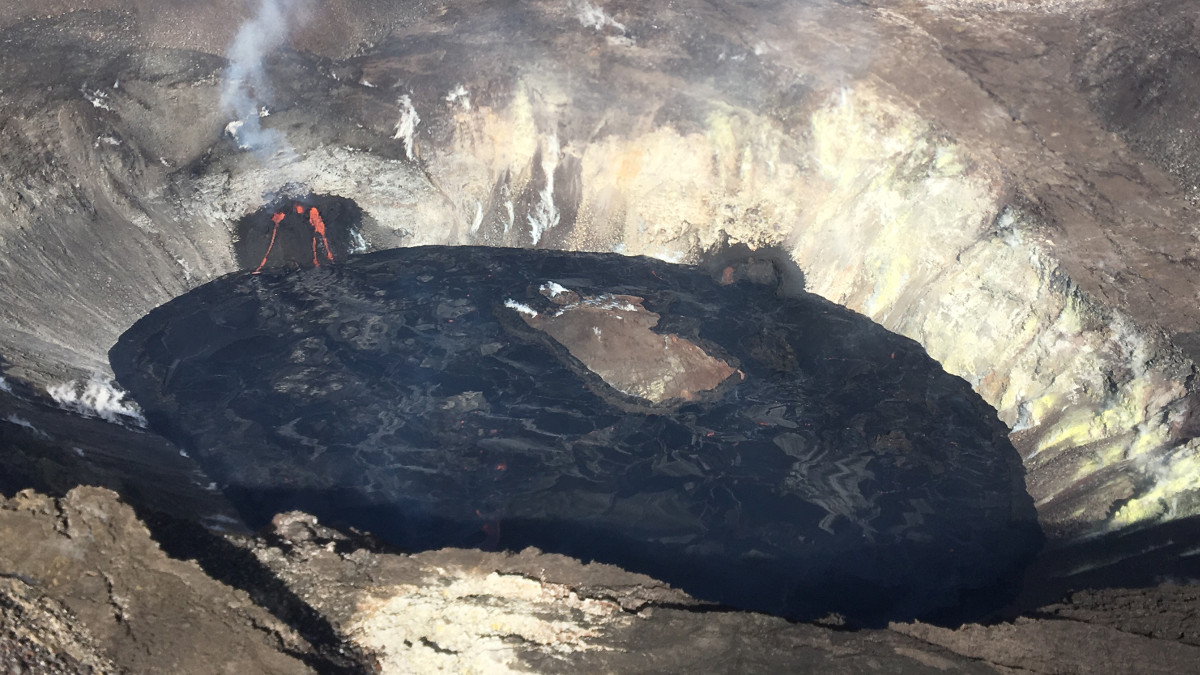 This USGS photo was taken at approximately 9:30 a.m. HST on December 26 by M. Patrick.

The amount of sulfur dioxide being produced by the summit eruption has also dropped. Emission rates measured last night suggest that the number has decreased from 35,000 to 40,000 tonnes/day, to somewhere between 16,000 and 20,000 tonnes/day.

The eruption remains confined to the summit caldera within Hawaiʻi Volcanoes National Park, and monitoring data show no changes to the lower East Rift Zone or other parts of the volcano.

Meanwhile, the National Park says rangers have cited dozens of visitors for ignoring closed areas and trying to get a closer look at the eruption.

The park service says dangerous levels of volcanic gas, rockfalls, explosions and volcanic glass particles are the primary hazards. The immediate area around the crater has been closed since 2007. Crater edges along kilauea caldera are extremely unstable and collapses can occur at any time, which is why officials say visitors should heed closure notices and barriers.

HVO scientists will continue to monitor the eruption around the clock, and keep a close eye on changes in the lava lake level.