Video from Hawaiʻi State Senate, Hawaiʻi Department of Defense, and BIVN file footage. A synthesized voice was utilized in the narration for this story.

HILO, Hawaiʻi - The Hilo-branch of the program, as well as 42 positions, will be eliminated following the graduation of the final class, which begins next week Wednesday. 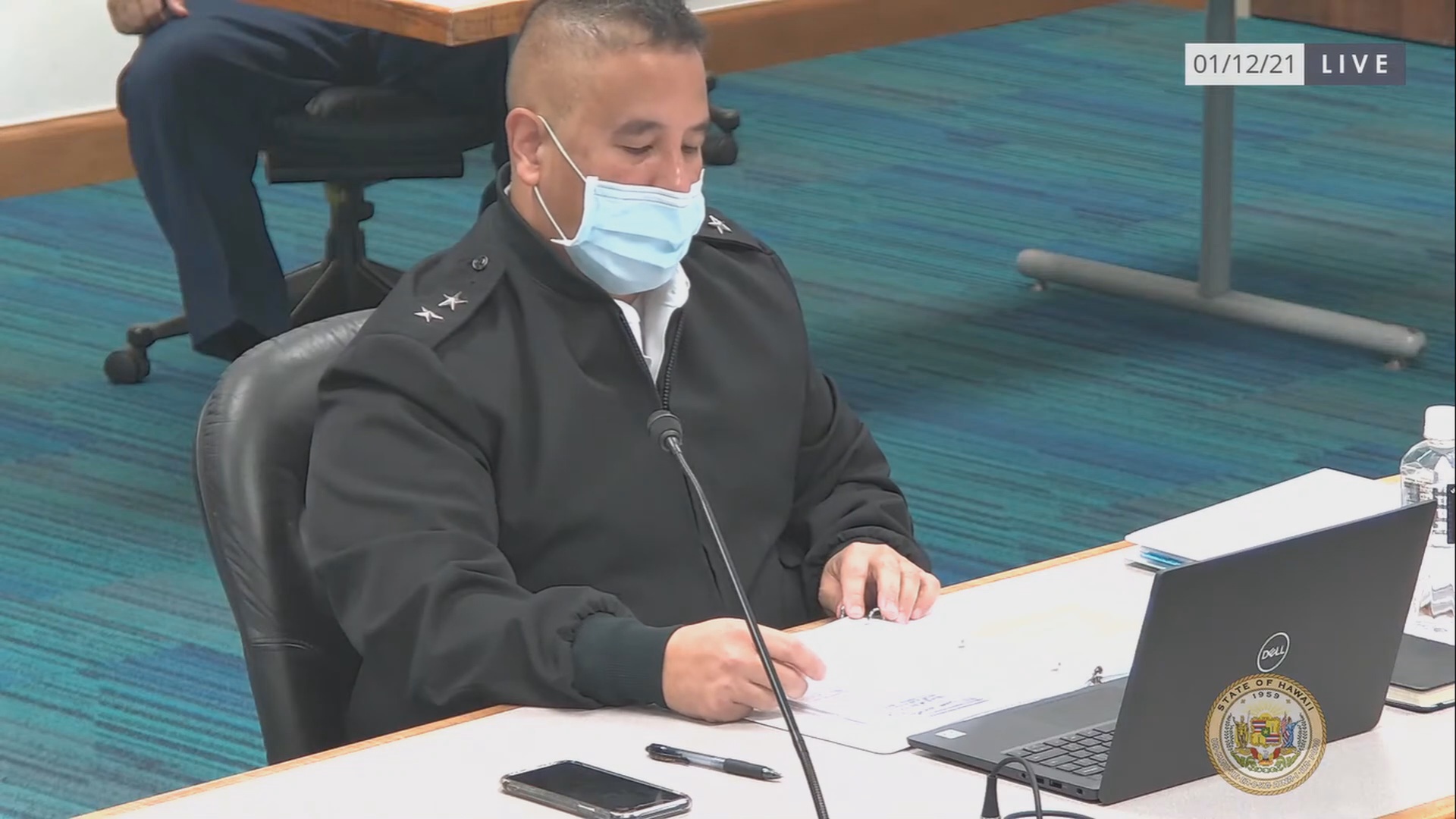 MAJ. GEN. KENNETH HARA: “… due to the budgetary constraints our department may divest certain activities that are not focused on the department’s core functions.”

The Hawaiʻi National Guard Youth Challenge Academy in Hilo will be shutting down.

Major General Kenneth Hara made the announcement Tuesday, as he presented the Hawaiʻi Department of Defense budget during a joint State Senate Committee meeting.

GEN. HARA: “As a result of the budget, due to COVID-19 pandemic, we are planning to close the Hawaiʻi Challenge Academy on the island of Hawaiʻi in Hilo. That equates to about 42 positions. So it’s $612,000 from the state and just about $2.4 million dollars federal.”

Hawaiʻi State Senators appeared to be surprised to hear the news.

SEN. CLARENCE NISHIHARA: “How many participants are in that program now?”

BG BRUCE OLIVEIRA: “With the challenge academy currently at Hilo, they’ll be starting their their classes next week, Wednesday. It looks like they have, right now – and and there’s still a couple other other students that they’re looking at bringing in – they’re just about 60 students.”

SEN. DONOVAN DELA CRUZ: “The 60 on the Big Island is from the entire Big Island, or just the Hilo area?”

OLIVEIRA: “The Hilo campus is focused on all the islands, except Oʻahu. Kalaeloa just takes care of Oʻahu.”

In 2010, the Youth Challenge Academy started up on Hawaiʻi island. The program was at first run by the Hawaiʻi National Guard on the vacant grounds of the Kulani Correctional Center during the time it was shut down. The academy is for high school-aged youth who are identified as at-risk, in order to help them become successful and productive adults.

In 2014, the academy moved over to the Keaukaha Military Reservation in Hilo.

For years, Youth Challenge cadets have been a lively part of various Big Island parades and community events. 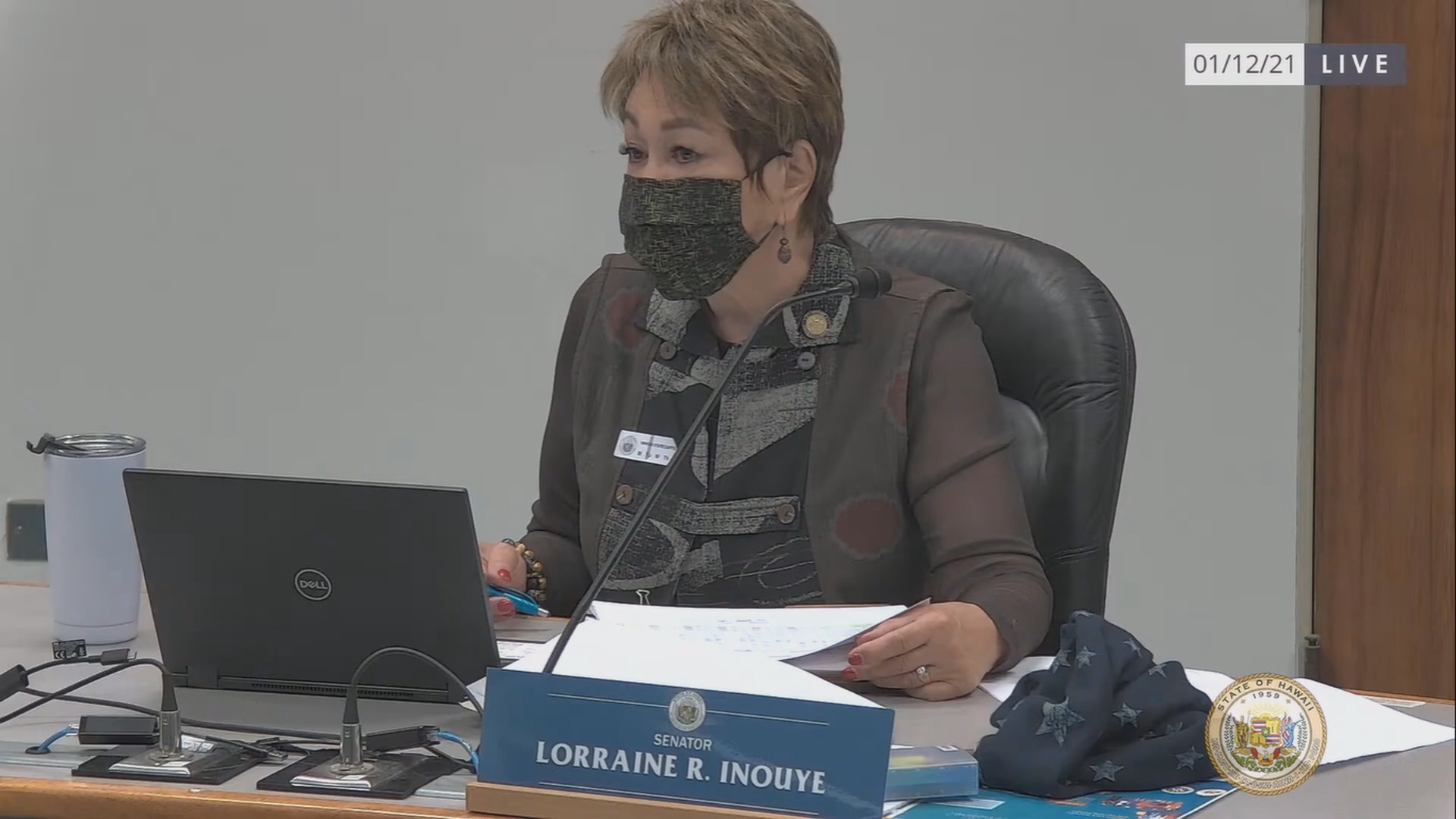 Hawaii island State Senator Lorraine Inouye sits on the Senate Ways and Means Committee. After hearing the news on Tuesday she had some additional questions for the general.

SEN. LORRAINE INOUYE: “So the budget cut you have the state’s contribution was $612,000, but your contribution for federal is $2.36 (million). That’s only for Hilo. Such a big disparity. Kind of sad to see that go.”

GEN. HARA: “Generally the program is 75 / 25. In discussion with General Oliveira yesterday, we planned to continue the class that he talked about about – you know, the 60 students – and then, what our fear is: some of the employees may be looking for another job, right? Knowing that the program is going to shut down. So, what cannot be absorbed at Oʻahu, if we start losing and we cannot meet the student to cadre ratio, then we’ll move those cadets from the island of Hawaiʻi to the Kalaeloa campus.”

SEN. INOUYE: “So what’s the budget for Kalaeloa?”

SEN. DELA CRUZ: “If Kalaeloa is going to absorb it, does that increase costs at Kalaeloa?”

GEN. HARA: “The cadre, that’s just for this year, right? After that, they were only going to recruit towards the Oʻahu campus.”

SEN. DELA CRUZ: “Oh, so neighbor islands would be out?”

GEN. HARA: “I mean, no. Previously before we had the Hilo campus, we were statewide. It’s just… we can go… the max capacity at Kalaeloa is generally – it should be 100, but we generally recruit above 100 because you lose some because, that’s attrition. And then for the island of Hawaiʻi, they can sleep – the building that we built on the island of Hawaiʻi in Hilo – is 75. But again, we recruit to more than that, and try to right-size the number. We’re trying to get the neighbor islands to a hundred because that’s the model for Youth Challenge, the program.”

SEN. INOUYE: “And the campus is in with the National Guard, so it’s perfect. And it’s a nice place. So sad.”