A synthesized voice was utilized in the narration for this story. Webcam images courtesy Canada-France-Hawaii Telescope, Keck, UKIRT, and the USGS Hawaiian Volcano Observatory.

HAWAIʻI ISLAND - Deep snow covered the summits of Maunakea and Mauna Loa on Tuesday, where a Winter Storm Warning was in effect earlier on Tuesday. 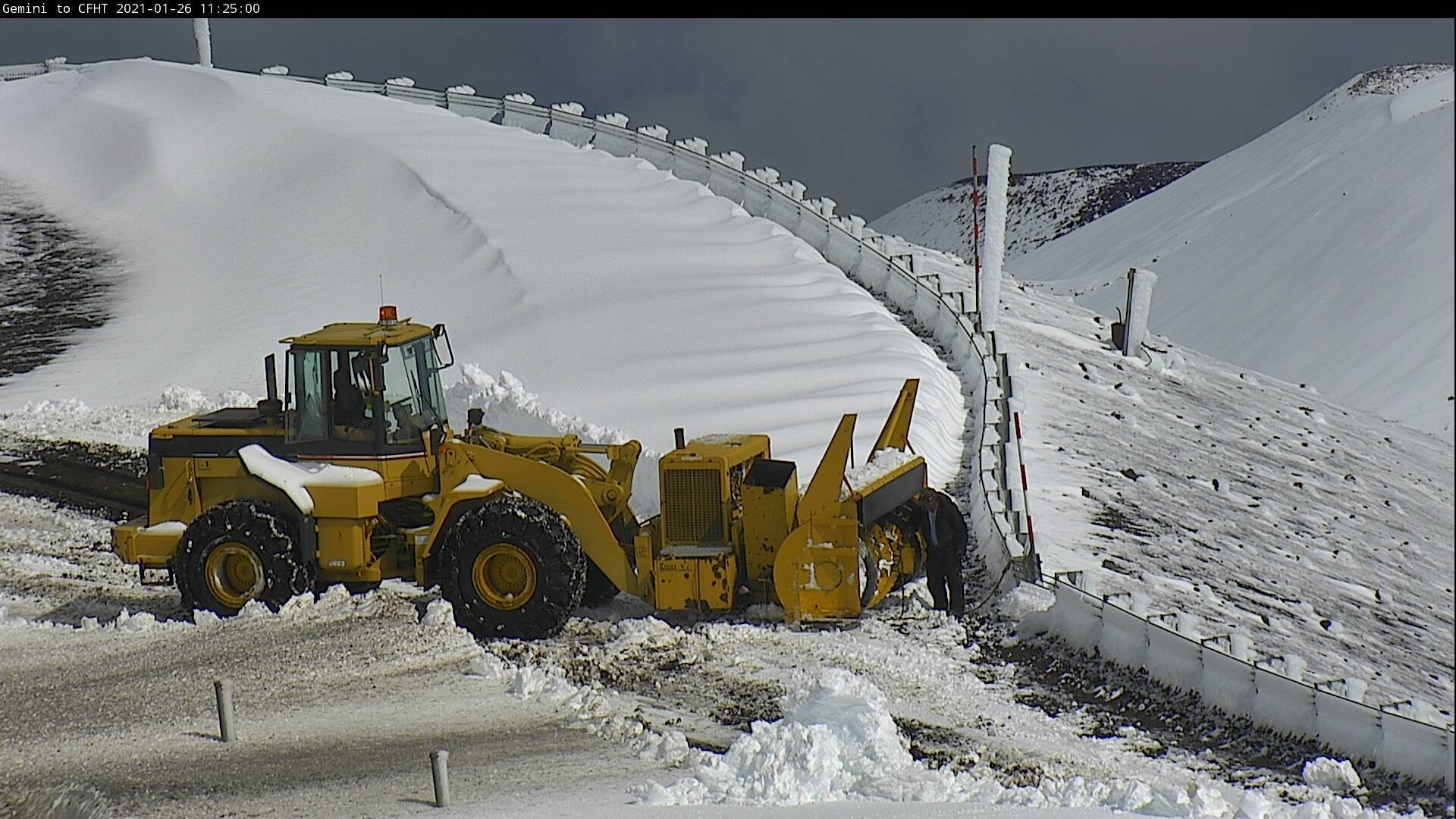 Here is the transcript for the video story published earlier in the day on Tuesday:

Deep snow covered the Hawaiʻi island summits of Maunakea and Mauna Loa on Tuesday, where a Winter Storm Warning remains in effect until this evening.

Maunakea observatory webcams showed images of crews working to clear roads above 13,000 feet.  Rangers reported that the summit access road will remain closed to the public at the Visitor Information Station due to the icy road conditions. These images are from the Canada France Hawaiʻi Telescope.

Hawaiʻi Volcanoes National Park reported that the Mauna Loa summit above Red Hill Cabin was also closed for day use and overnight camping. This U.S. Geological Survey Hawaiian Volcano Observatory camera positioned on the north rim of the Mauna Loa summit caldera was almost entirely white, save for the lava rocks peeking out from beneath the snow. 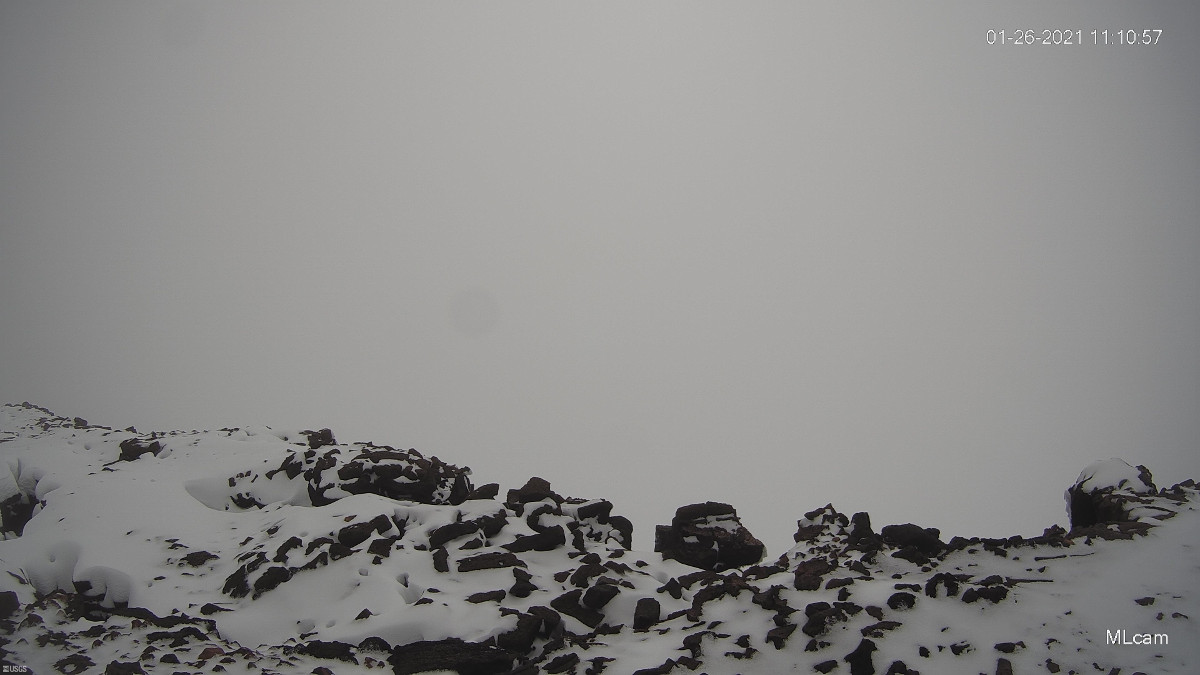 A Flash Flood Watch remains in effect for the entire island of Hawaiʻi. According to the National Weather Service, chances for heavy rainfall will diminish tonight and Wednesday. The surface trough to the west of the state will weaken, and as a result, weather models show the area of deep moisture moving to the west, and drier mid-level air spreading over the islands from the east.

Still, the National Weather Service says a shallow band of moisture will move in on the breezy trade wind flow, providing showers for windward areas. Some of these showers could reach the high summits of Hawaiʻi island, which could require an extension of the Winter Storm Warning through Tuesday night. 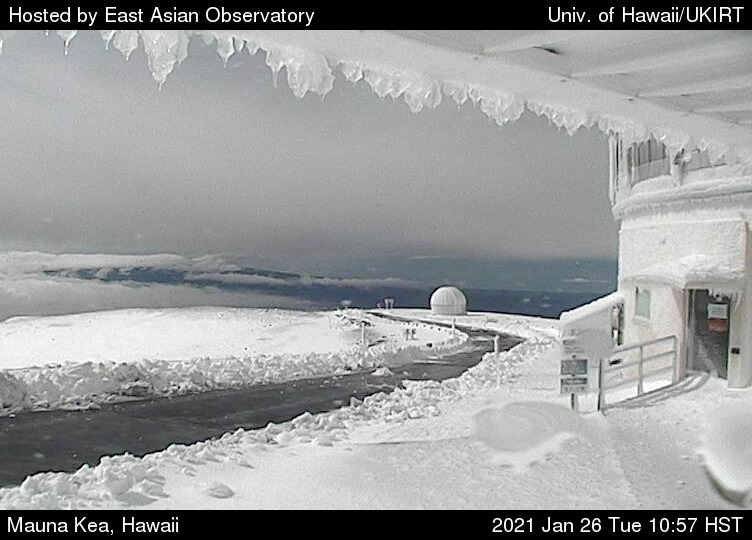 As Hawaiʻi island residents know, snow atop Maunakea and Mauna Loa is not an unusual occurrence. The summits often see some snow accumulation during the winter months. Maunakea rangers also warn that summit weather varies widely. They say a calm, sunny day may quickly become treacherous, with hurricane force winds and blizzard conditions. Summit winds above 120 miles per hour are not uncommon. Snowstorms have even occurred during the summer months.