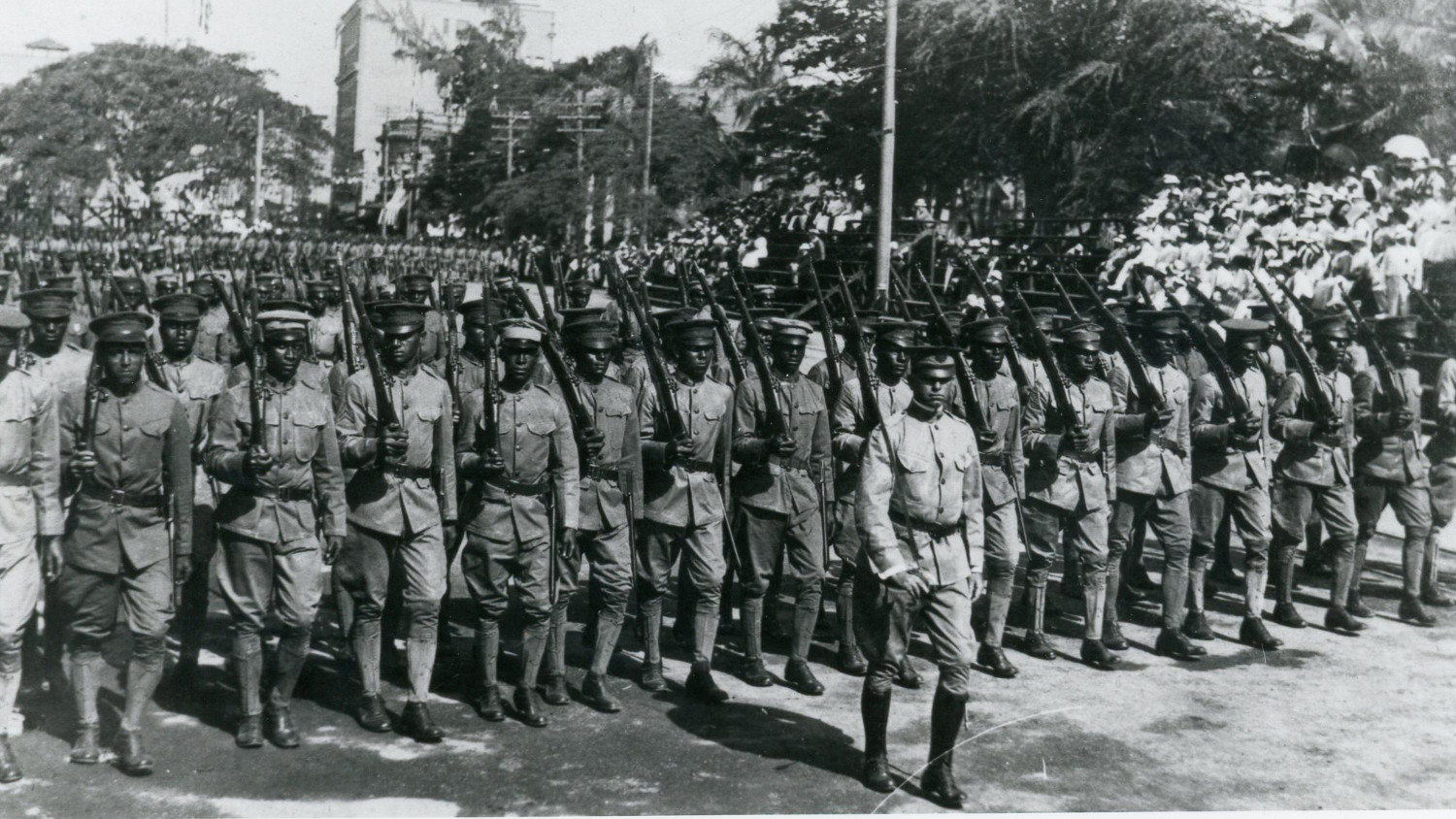 The Story Of The Buffalo Soldiers At Hawaiʻi Volcanoes 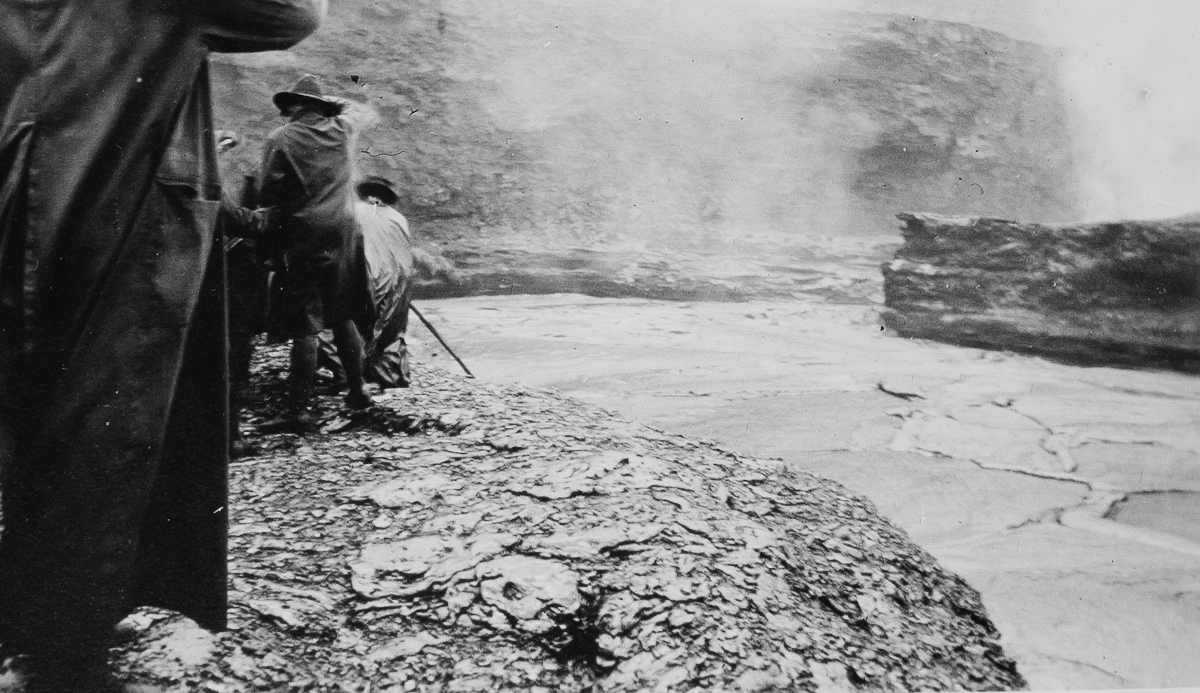 Members of Company H assisting Dr. Thomas A. Jaggar with measuring the depth of teh lava lake in Halema’uma’u with large iron pipe, 1917. Photo courtesy of USGS HVO.

(BIVN) – Coinciding with Black History Month, the National Park Service is sharing the following history on the Buffalo Soldiers, and their special connection to Mauna Loa and Kīlauea volcanoes.

Anyone who has hiked even a portion of Mauna Loa Trail in Hawaiʻi Volcanoes National Park knows what a grueling climb it is. Now imagine building the trail, rock by rock, with a 12-pound hammer and a gunny sack, in torrential rain, like the Black servicemen known as the Buffalo Soldiers did more than 100 years ago.

February is Black History Month, and the park is sharing a fascinating story about the Buffalo Soldiers who were stationed in Hawaiʻi between 1913 and 1918. A new Buffalo Soldiers page and podcast on the park website reveals how soldiers from the U.S. Army’s 25th Infantry contributed to the park. The men, who were stationed at Schofield Barracks on Oʻahu, measured lava within the summit of Kīlauea volcano and were among the first to stay at Kilauea Military Camp. But perhaps most notably, they built a high-elevation, 30-mile trail through unforgiving lava rock that connects the summits of Kīlauea and Mauna Loa volcanoes today.

“It’s a perfect time for us to tip our flat hats in honor of some amazing men, who literally helped shape the National Park Service, including Hawaiʻi Volcanoes National Park,” said Park Ranger Dean Gallagher. “Despite segregation and racial discrimination that continued after the Civil War, these men dedicated their lives to serving their country. What’s more, the Buffalo Soldiers who built the trail volunteered their time,” Gallagher said.

Ranger Dean and Park Archeologist Summer Roper Todd collaborated on the new 18-minute podcast that recaps the incredible contributions of the Buffalo Soldiers, and shares details from a new National Park Service archeological survey titled With 12-Pound Hammers and Gunny Sacks: Buffalo Soldiers and the 1915 Trail to the Mauna Loa Summit. 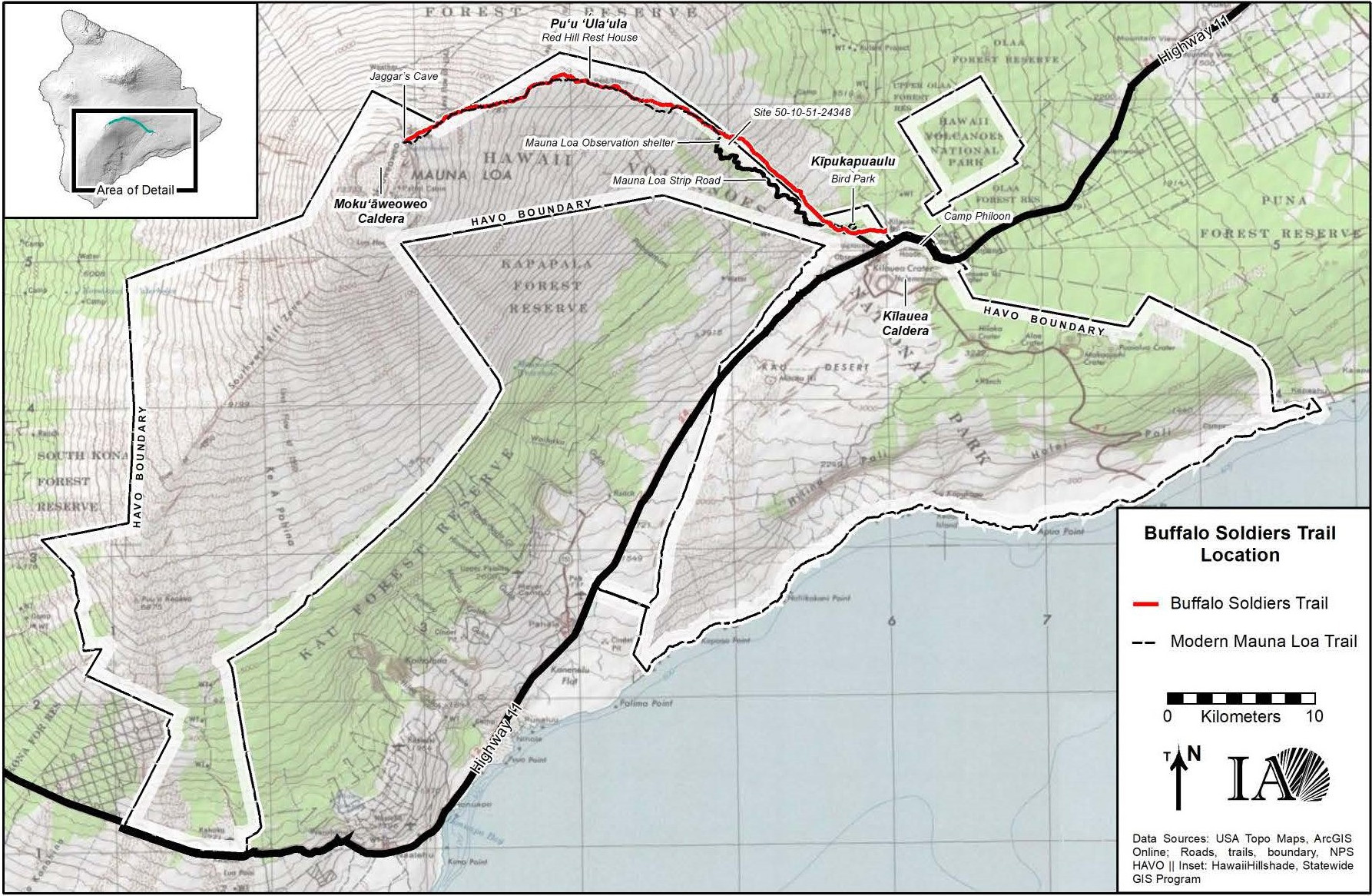 The founder of the Hawaiian Volcano Observatory, Dr. Thomas A. Jaggar, sought construction of the trail so geologists could more easily access eruptions at the summit of Mauna Loa. Honolulu businessman Lorrin Thurston, an advocate for creating the national park along with Jaggar, enthusiastically supported the trail as a way to boost tourism. By September 1915, the 25th Infantry’s Company E announced its men would take leave, travel by steamship to the island of Hawaiʻi, and build the trail.

Building the Buffalo Soldiers Trail (now called Mauna Loa Trail) from the 4,000-ft. summit of Kīlauea to the 13,677-ft. summit of Mauna Loa was no easy task. The soldiers had to break down rough sections of ‘aʻā and pāhoehoe lava flows with 12-pound hammers, pack the broken rock in gunny sacks, carry them up to a ¼ mile and line the trail. They did not use pack animals. Add in the high elevation, primitive camping conditions, and record rainfall and it doesn’t sound like much of a vacation. Yet morale was high.

The moniker “buffalo soldiers” was given to the men by Native Americans as a sign of respect. One account says it was because the men were strong and rugged like buffalos. Another account says it’s because the soldiers’ hair was similar to buffalo fur, and yet another references the hides they wore in winter. The Tenth Calvary of the Buffalo Soldiers even adopted the bison symbol (buffalo) into their regimental crest.

To learn more about the history of the Buffalo Soldiers in the National Park Service, their contributions to our country and more, visit this page.