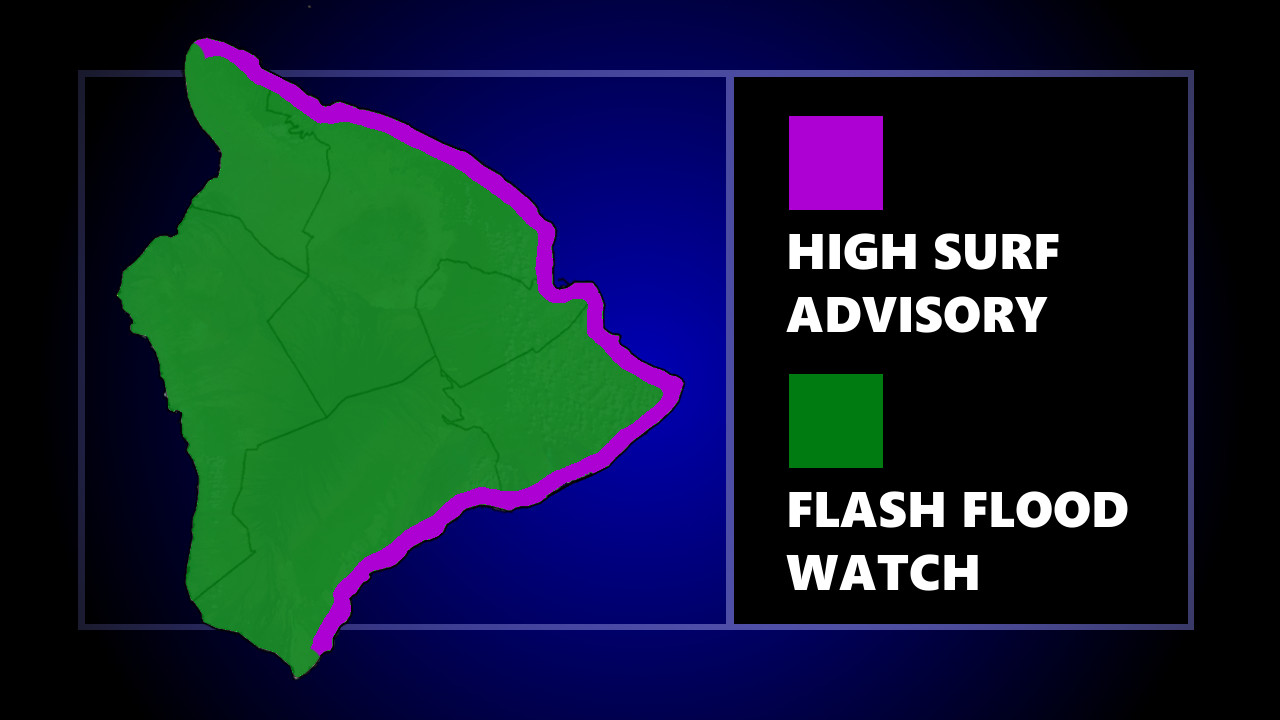 HAWAIʻI ISLAND - Kukila and East Kawailani Streets were closed on Sunday night, as a Flood Advisory was issued for East Hawaiʻi.

(BIVN) – A Flash Flood Watch is in effect for the entire island of Hawaiʻi through late Tuesday night, the National Weather Service in Honolulu reported on Sunday.

“Deep moisture will spread over the Big Island from the east and southeast tonight and Monday, then linger into at least Tuesday, bringing the potential for persistent heavy rain that could lead to flash flooding,” forecasters wrote. “Flood prone roads and other low lying areas may be closed due to elevated runoff and overflowing streams. Landslides may also occur in areas with steep terrain.”

As of Sunday night, a Flood Advisory was issued for an area of East Hawaiʻi, where rain was falling at a rate of 1 to 2 inches per hour. At 8:30 p.m. on Sunday night, the Hawaiʻi County Civil Defense reported the streets of Kukila and East Kawailani in Hilo were closed.

A Winter Weather Advisory is also in place for the summits of Maunakea and Mauna Loa. The National Weather Service said on Sunday that periods of snow and freezing rain were expected, with the potential for heavy snow as the week progresses.

A High Surf Advisory is also in effect for east facing shores of the Big Island until 6 a.m. HST. Surf heights of 8 to 10 feet are possible. Officials say beachgoers, swimmers, and surfers should heed all advice given by ocean safety officials and exercise caution.