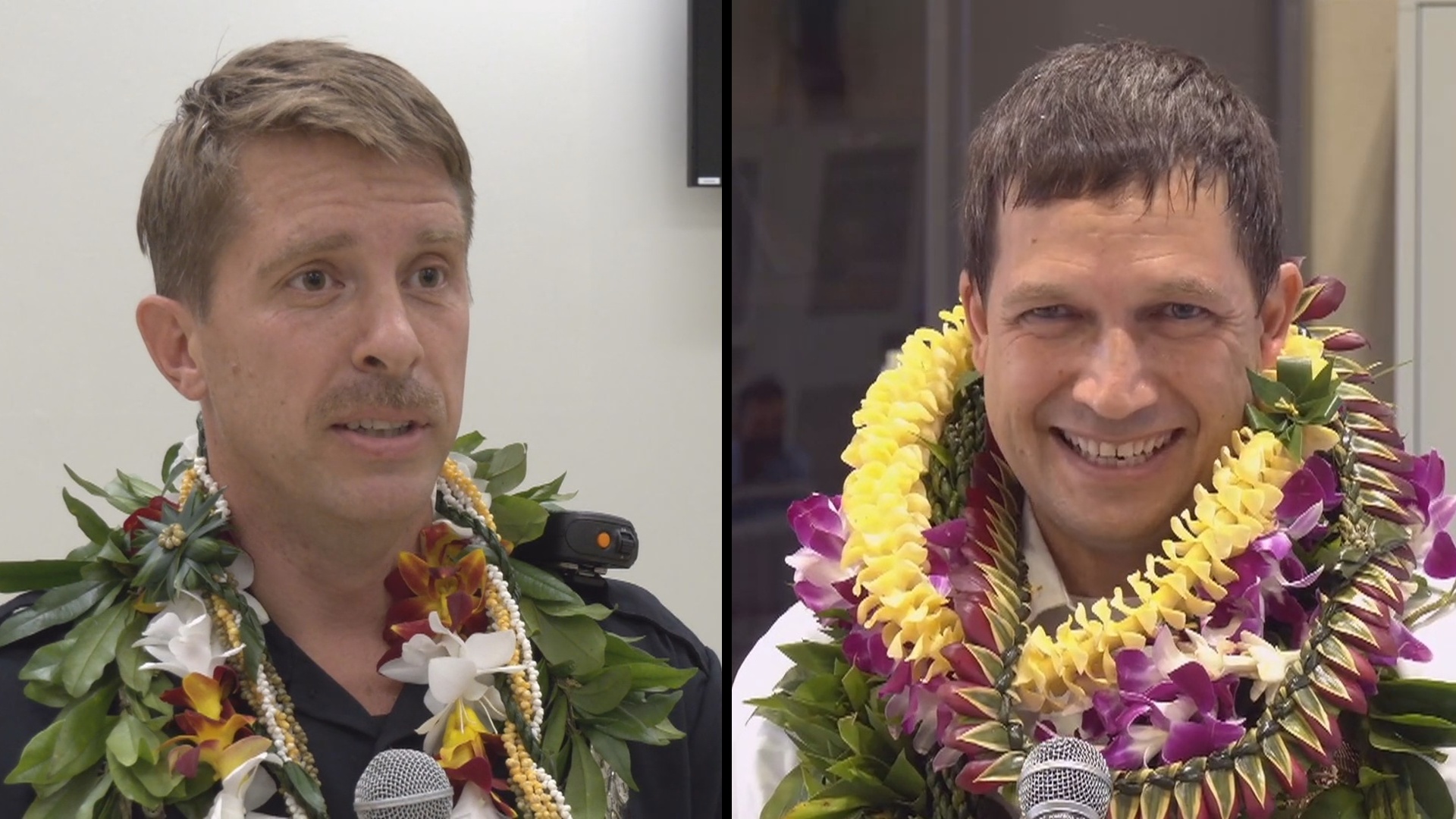 Typically, the Club holds a large formal luncheon honoring both awardees at the same time but due to Covid-19 safety protocols, separate ceremonies were held in Hilo with Brown recognized at a ceremony at Haihai fire station on March 22 and Willing honored at a March 29 ceremony at the Hawai‘i Police Department training room.

Officer Willing, who has been with the department for five years, was honored for his efforts during the rescue of two minors who became stranded on a rock outcropping in Wailuku River above Boiling Pots during a flash flood last April. While trying to prevent the parent of one of the children from jumping into the river after their child, Officer Willing was himself swept away and submerged under water. He and the parent were able to get back to safety and both children were rescued in good condition. For his heroism and courage, Officer Willing was previously named the Club’s Officer of the Month for April 2020.

During the award presentation, Police Chief Paul K. Ferreira thanked the Aloha Exchange Club for honoring Officer Willing, noting that Willing did an outstanding job and risked his life to look out for the safety of another person and their children.

Brown, who has been with HFD for 21 years and was promoted to Battalion Chief in February 2021, was recognized for his work launching and spearheading the fire department’s Covid-19 task force. He spent countless hours leading the task force, developing internal procedures, and implementing contact tracing protocols within the department. His work allowed the department to minimize the spread of the virus among personnel and their families, enabling them to focus on assisting the community.

At the fire department presentation, Acting Fire Chief Robert Perreira thanked Brown for his work, noting that his efforts “show that our department is made up of members that truly care about our community and our internal community too.”