A synthesized voice was utilized in the narration for this story. Video is from the Hawaiʻi DLNR and BIVN file footage. 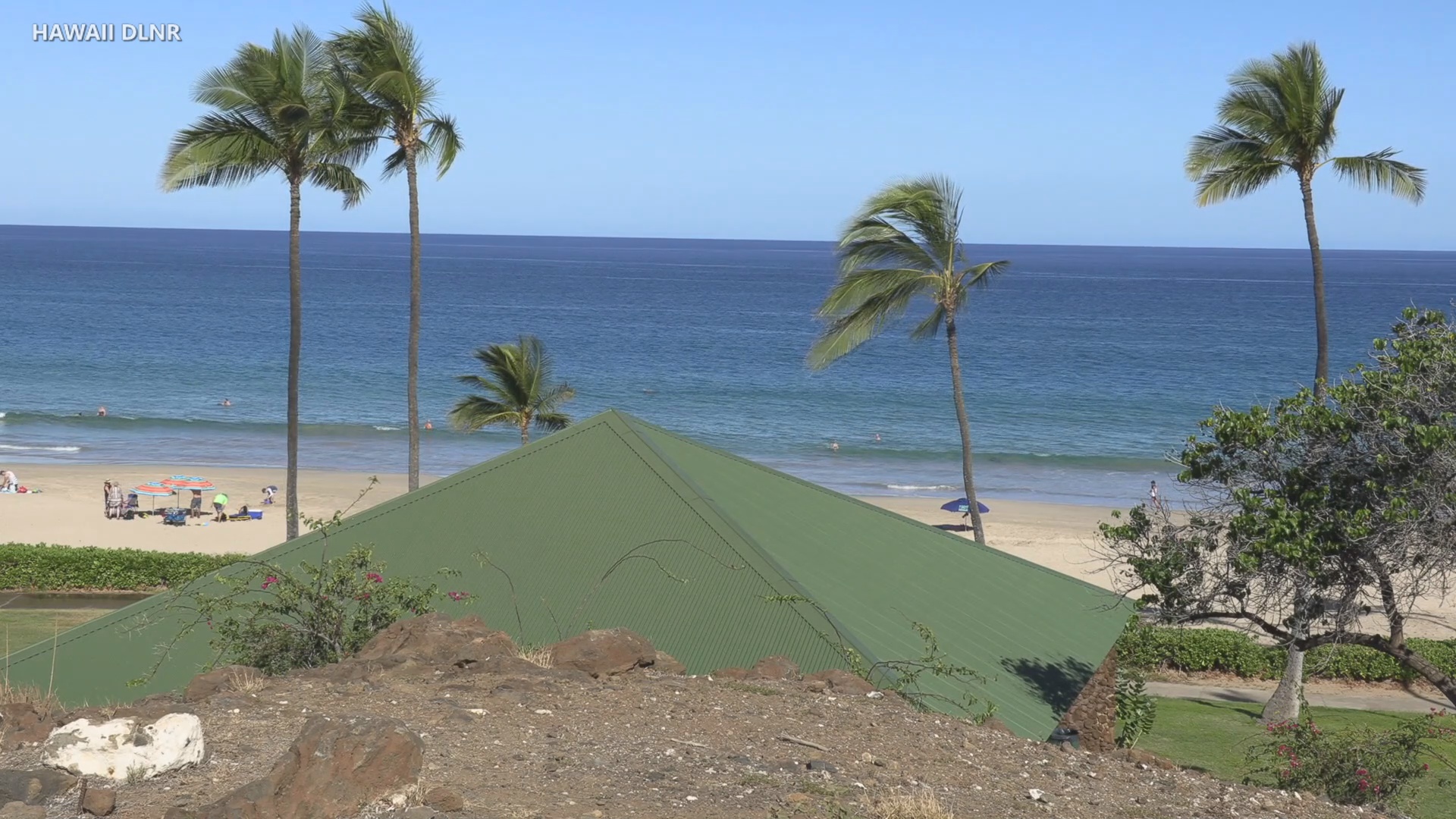 On the west side of Hawaii island, along the sunny South Kohala coast, is the Hāpuna State Recreation Area. It has long been a popular place for residents and visitors alike, and it was recently named America’s Best Beach by Dr. Stephen P. Leatherman, the professor at Florida International University who is known as “Dr. Beach”.

Dr. Beach ranks the Top 10 beaches every year, and this year, Hāpuna took the top spot.

Dr Beach was impressed by beautiful coral sand beach, which contrasts with the black lava rock that surrounds it. He said the crystal-clear water is a perfect place to swim, snorkel or scuba dive. He also noted that, fortunately, when the surf gets rough in the winter months, there are well-trained lifeguards keeping watch.

The need to increase the number of lifeguards at the popular beach park was discussed at the Hawaiʻi County Council in November 2018.

FIRE CHIEF DARREN ROSARIO: “In last fiscal year we had over 830,000 attendees to the beach park. Our water safety officers did 70,000 preventative actions, of which 65 were significant rescues. Meaning impending life or critical injuries. Hāpuna is one of the most known beaches for spinal injuries and so we’re trying to make sure that our visitors and residents can enjoy our island without getting hurt.”

The added recognition will likely increase interest in Hāpuna, which – according to state officials – highlights a continuing paradox: protecting the features that make the beach #1, while sharing them with an ever-increasing throng of visitors.

In fact, this past weekend, the Hawaiʻi Department of Land and Natural Resources enacted a partial closure of Hāpuna for a coral spawning. 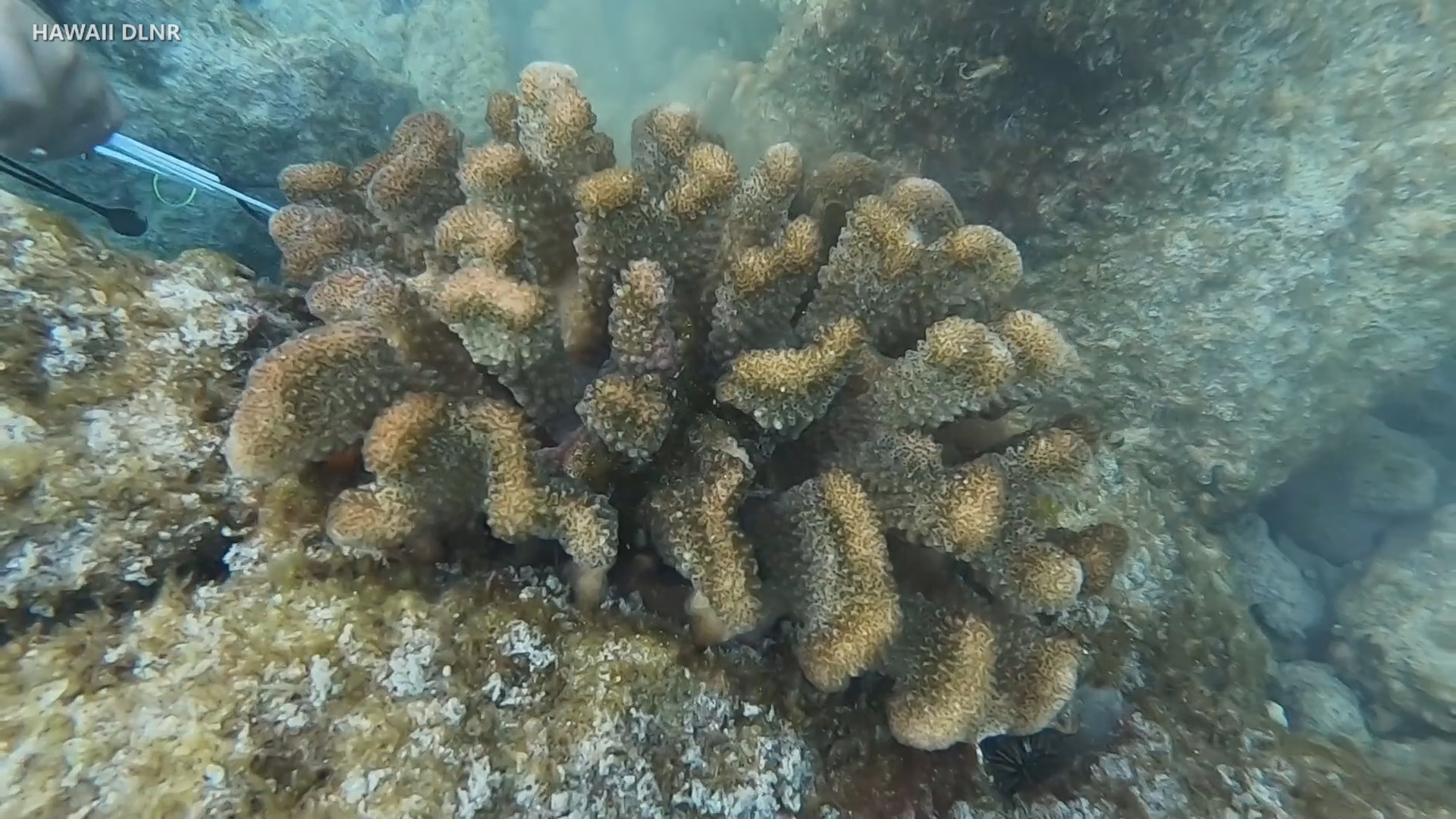 The Waialea Bay Marine Life Conservation District, known locally as Beach 69, was off limits for half the day on May 28 and May 29. Corals spawn during specific moon cycles in the spring.

KRAMER: “We’ve got a cluster here of about 40 colonies. Healthy colonies that will hopefully spawn this morning.”

State scientists were the only people in the water, monitoring the natural event.

KRAMER: “So, we saw just a little bit of gamete release from a portion of the colonies today, and it’s likely that the more extensive spawning will happen tomorrow, just based on what we saw today. There’s a lot of factors that come into play. Sometimes even a rain event can cause the colonies to wait until the next lunar cycle to spawn. So water temperature is important. Salinity is important. But especially the lunar cycle, really drives what happens. I think minimizing disturbance during these really sensitive times for the corals is definitely a good way to help protect the larvae, make sure they’re healthy. Personal care products, it’s best to keep that out of the water. That can form a surface slick that interacts with the coral larvae, so it’s great to just give them as much space as possible during these events.” 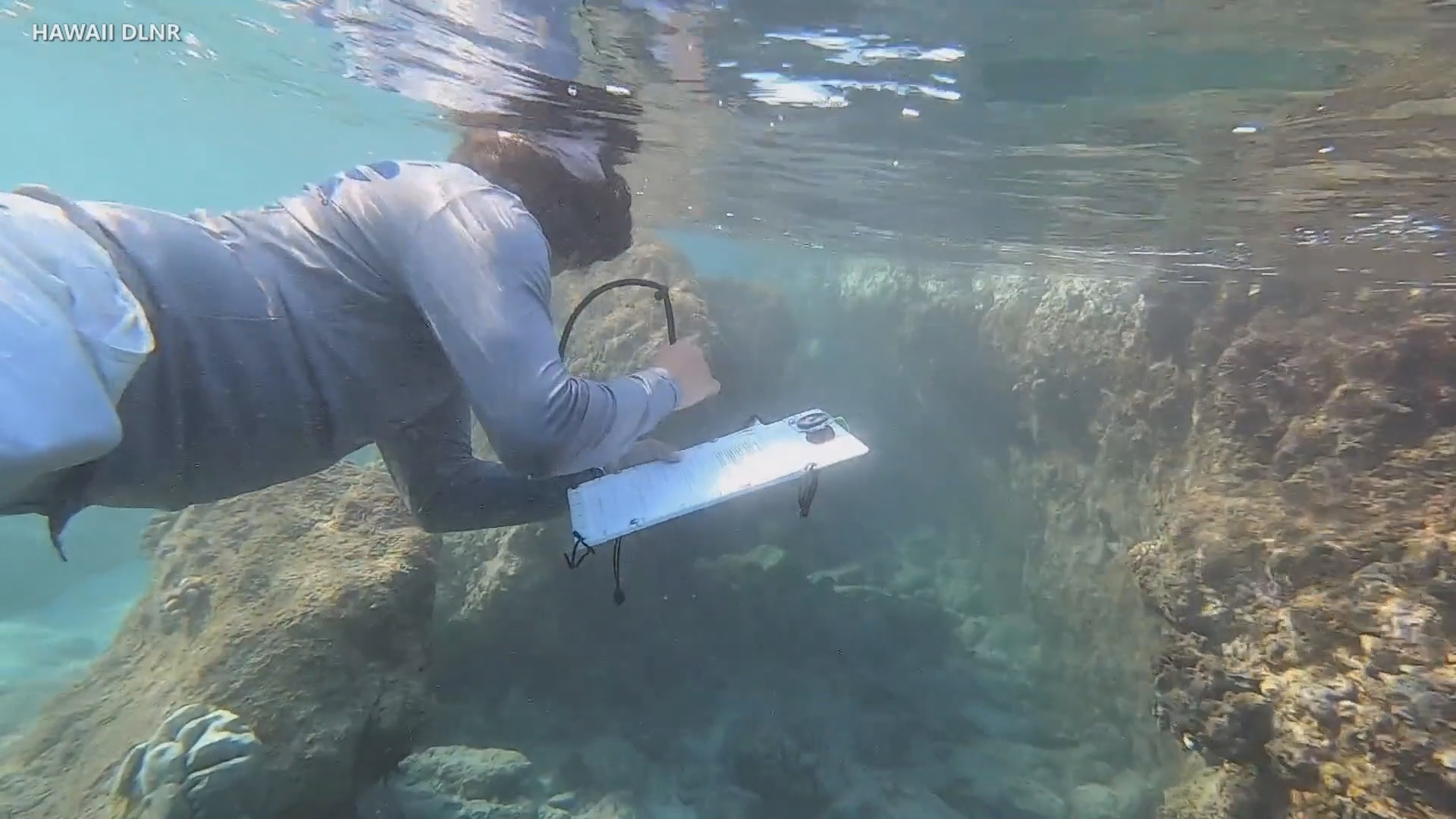 A recent survey conducted by the University of Hawaiʻi at Mānoa’s Public Policy Center shows respondents were most supportive of a visitor industry that improves – rather than depletes – natural and cultural resources.

The survey shows a majority of Hawaiʻi residents prefer limiting the number of visitors to the islands, and support charging entry fees for visitors at parks or other “hot spots” during peak times.

The State already charges non-resident visitors separate fees to park and enter Hāpuna Beach. There is no charge for Hawaiʻi residents with a State ID.