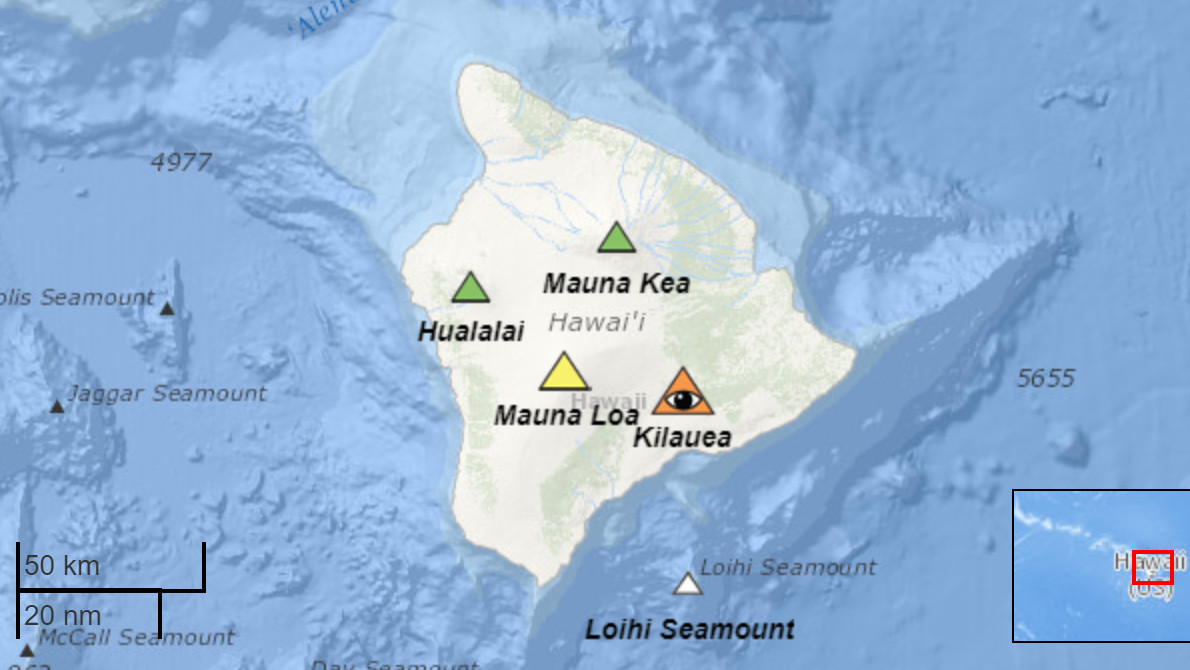 Image from USGS graphic showing the alert level for Kīlauea volcano at WATCH before it was lowered back to ADVISORY on Thursday.

Volcano Alert Level For Kilauea Lowering Back To ADVISORY

(BIVN) – The USGS Hawaiian Volcano Observatory is lowering the Volcano Alert Level for Kīlauea, reflecting a decrease in recent signs of activity.

Kīlauea volcano is not erupting. Two days ago, the alert level was raised from ADVISORY to WATCH, and the aviation code was raised from YELLOW to ORANGE, amid an ongoing swarm of earthquakes beneath the south part of the volcano caldera.

“Over the past 24 hours, earthquake activity and ground deformation levels have decreased in the area beneath the southern part of Kīlauea’s summit caldera within the closed area of Hawaiʻi Volcanoes National Park,” HVO scientists wrote in a Thursday update. “These observations indicate that the immediate potential for an eruption is diminished at this time.”

As a result, the Hawaiian Volcano Observatory said it is lowering the Volcano Alert Level / Aviation Color Code for Kīlauea from WATCH/ORANGE to ADVISORY/YELLOW, and said a “forthcoming Volcano Activity Notice will contain additional information.”