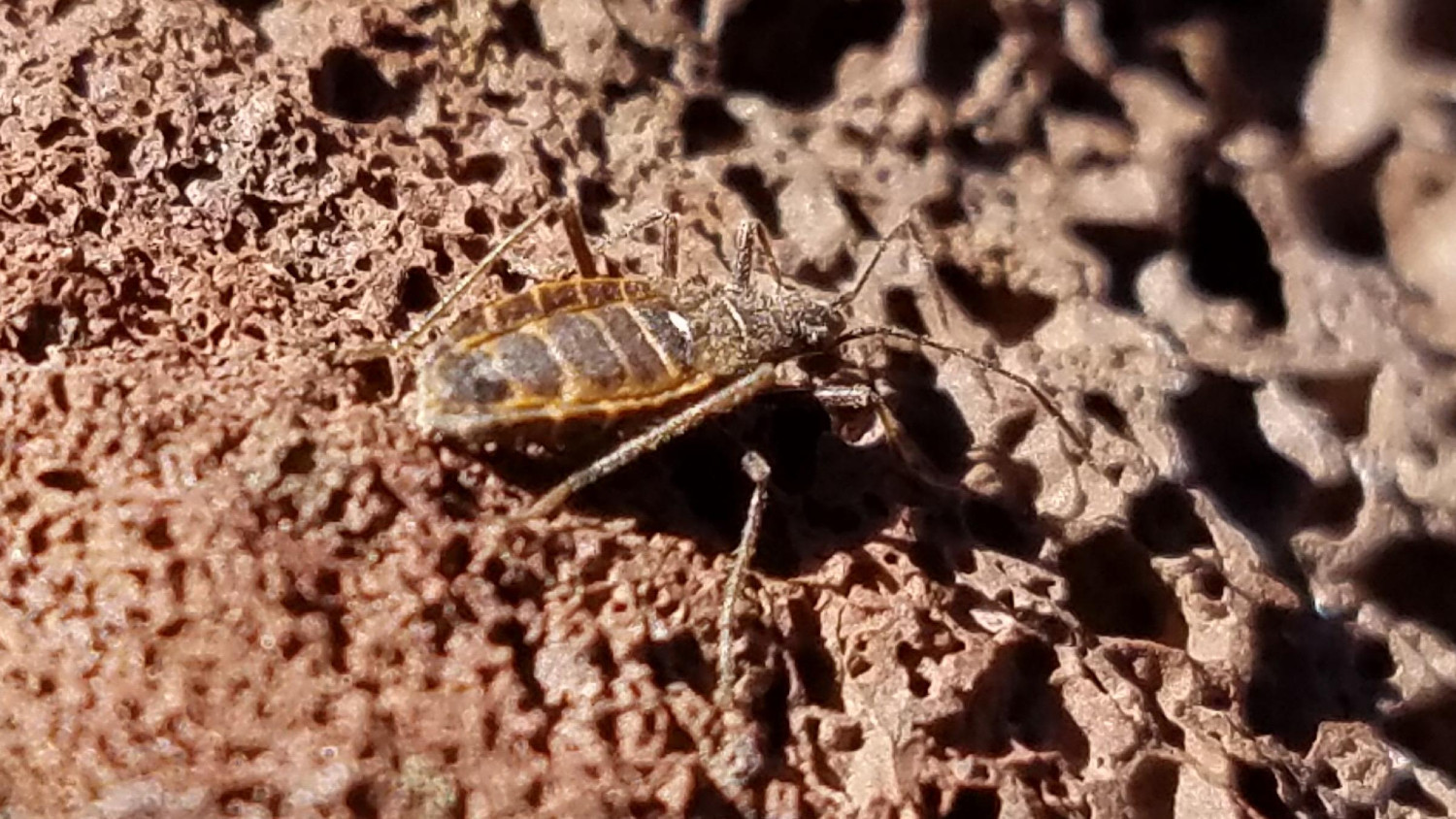 Photo of a wēkiu bug by UH-Hilo. The insects are well-adapted to the Maunakea's harsh mountain environment.

MAUNAKEA, Hawaiʻi - The University of Hawaiʻi at Hilo reports a seven-fold increase in the number of wēkiu bugs on Maunakea. 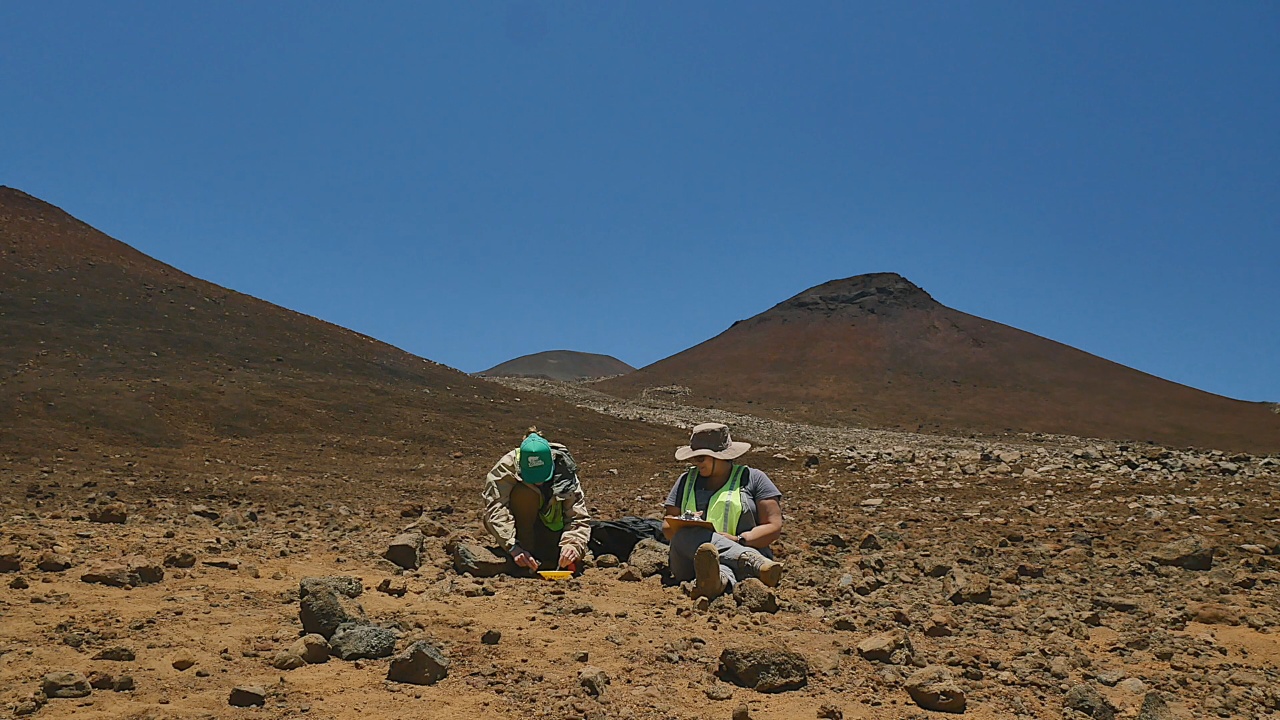 Photo of researchers on Maunakea, from video courtesy the University of Hawaiʻi

(BIVN) – The University of Hawaiʻi announced on Sunday that it has recorded a “seven-fold increase” in the number of wēkiu bugs on Maunakea.

From a UH-Hilo news release:

The population of the endemic wēkiu bug, which can only be found on puʻu (cinder cones) on the summit of Maunakea, remains healthy according to the insect captures recorded during the University of Hawaiʻi at Hilo Center for Maunakea Stewardship’s (CMS) annual arthropod monitoring surveys this year. The U.S. Fish and Wildlife Service removed the wēkiu from the candidate endangered species list in 2011 after CMS land stewards compiled years of research on the insect’s biology, genetics and habitat, assuring its conservation and protection.

This year, CMS land managers collected nearly 3,000 bugs from the live traps compared to about 400 bugs in the last two years. According to CMS, the increased abundance of captures this year could be a function of increased precipitation on the mountain this past year, as moisture is a limiting factor in the alpine ecosystem.

“Our commitment to monitoring native species on Maunakea goes beyond overseeing their condition and status,” said Greg Chun, CMS’ executive director. “We are deeply devoted to the protection and safeguarding of these precious species that live and breathe within this wahi pana.” 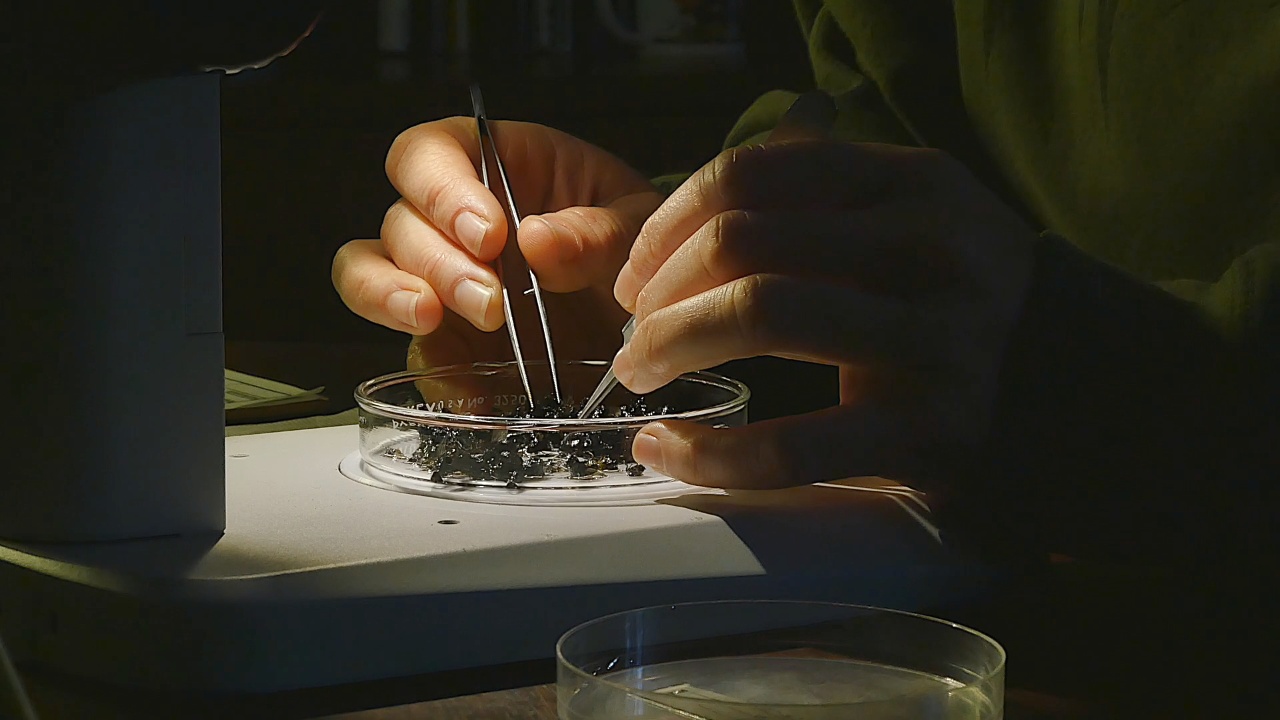 Photo from video courtesy the University of Hawaiʻi

Commitment to stewardship on Maunakea

Every year, CMS places a variety of traps at more than 100 sites on the mauna to assess native species population levels and detect possible threats. Some trap locations require researchers to climb cinder cones that are 200-feet high. Each bug, no bigger than a grain of rice, is counted by hand in the field before they are released. The CMS team also notates each bug’s life stage and gender. All life stages and sexes were captured during the 2021 survey which infers that populations are growing and reproducing.

In 2011, CMS’ studies determined that the wēkiu bug had a wider habitat range in the Alpine Stone Desert than previously known.

“We’re monitoring puʻu in the summit region for wēkiu bug abundance, distribution and demography to understand if these insects are reproducing and growing,” said Jessica Kirkpatrick, CMS’ natural resource specialist. “We’re also trying to get a sense of different invasive species threats that could potentially threaten the bug, things like ants are actually a number one threat to both the flora and fauna on the mountain.”

Kirkpatrick believes above average snow and rain events on Maunakea in 2020 and early 2021 could be a contributing factor to the increase in wēkiu bug abundance. Insect populations are extremely variable from year to year and the wēkiu bug shows this same trend.

“Nightly freezing temperatures are important for the insect, as the cold kills their prey,” Kirkpatrick explained. “The wēkiu bug is a carnivorous scavenger that feeds on dead and dying insects that get blown up to the summit via wind processes. Non-resident insects are not adapted to the cold temperatures and eventually die and become food for the wēkiu bug and other endemic residents such as the noctuid caterpillar/ moth (Agrotis kuamauna).The snow can act as a natural refrigerator keeping the wind blown insect prey fresh until it thaws and can be consumed by other native residents.”

Survival of the fittest

In the Hawaiian language, wēkiu means summit or peak. The bugs are well-adapted to the mountain’s harsh environment that experience extreme temperature fluctuations each day, high ultraviolet radiation and low relative humidity associated with high-altitude environments. CMS has monitored the wēkiu bug since 2004.