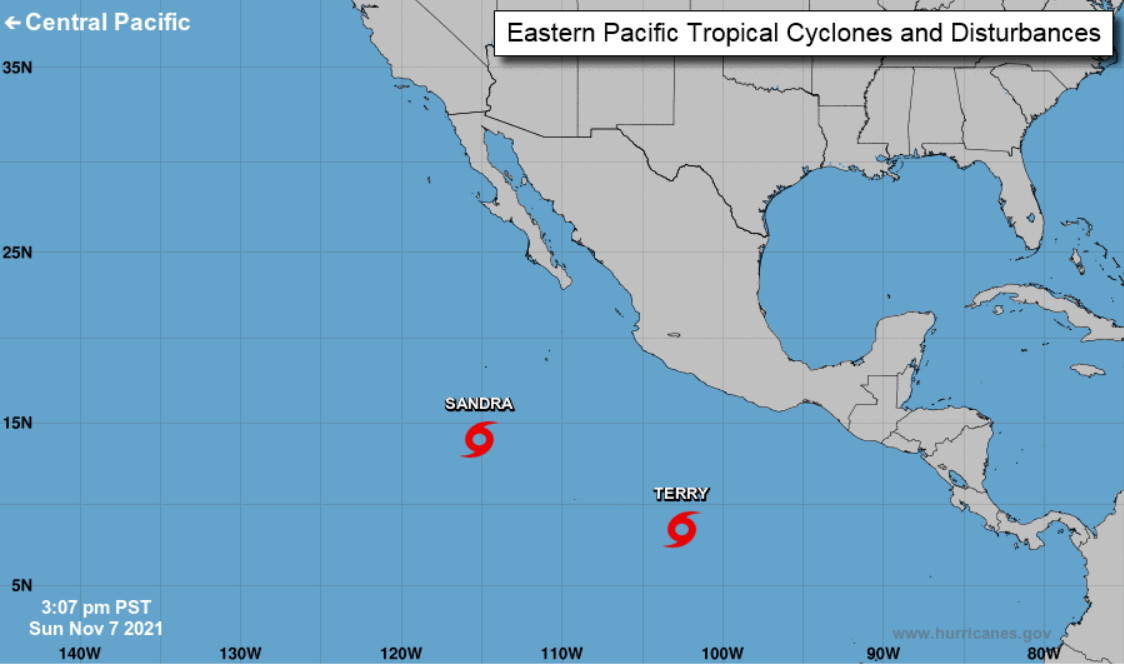 HONOLULU - Tropical Storms Terry and Sandra are far from Hawaiʻi, and should weaken well before nearing the Central Pacific.

(BIVN) – Two tropical storms in the Eastern Pacific are serving as reminders that the 2021 hurricane season is not over yet.

Tropical Storm Sandra and Tropical Storm Terry are both expected to dissipate in the next several days, and do not appear to pose a threat to Hawaiʻi.

Hurricane season in both the Eastern Pacific and the Central Pacific – where Hawaiʻi is located – ends on November 30th. Tropical cyclones can occur any time of the year, but are most likely to occur during the summer and fall. 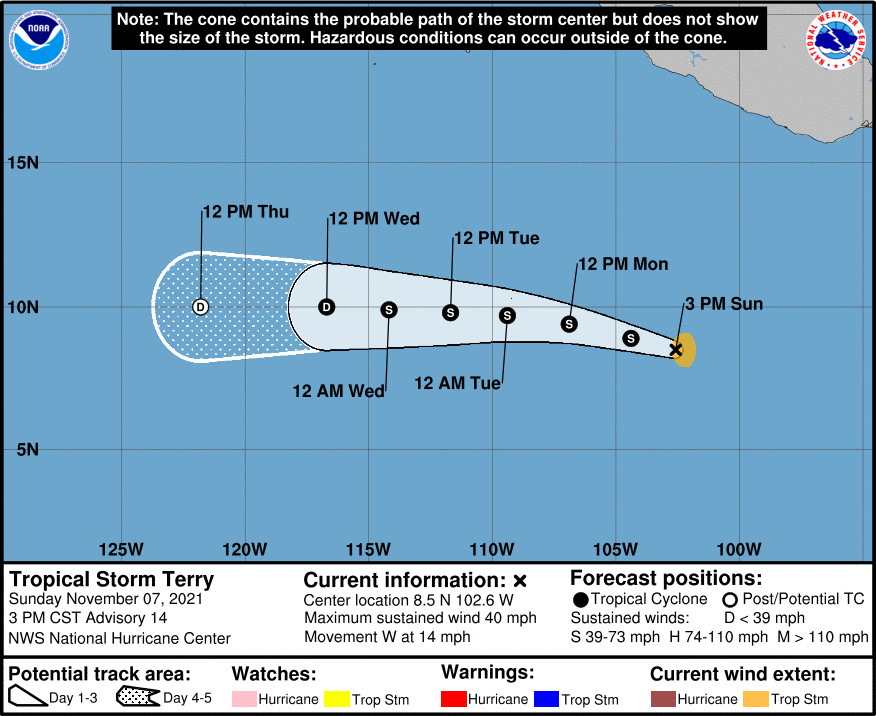 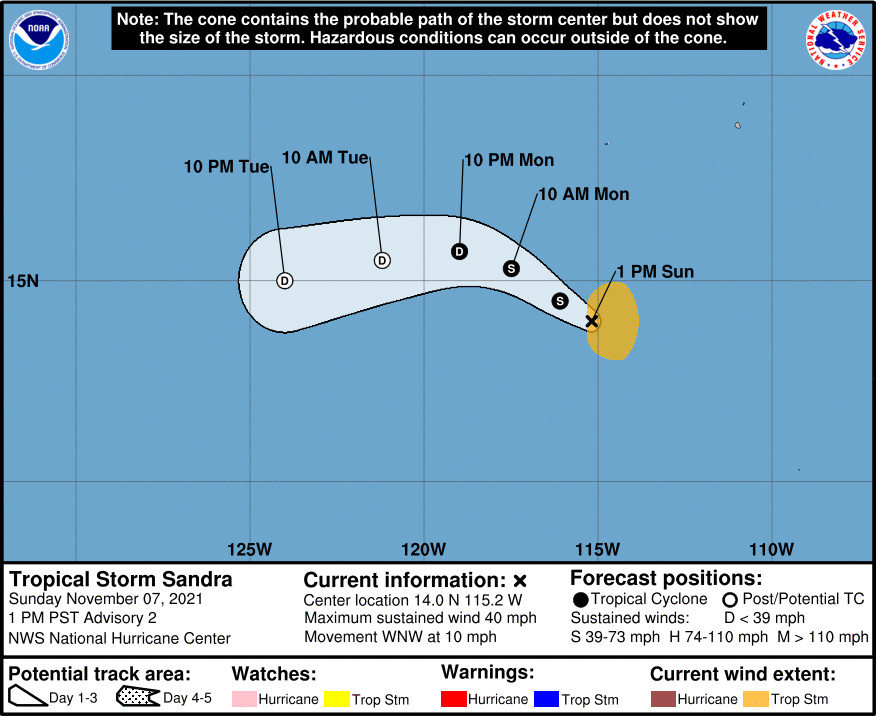