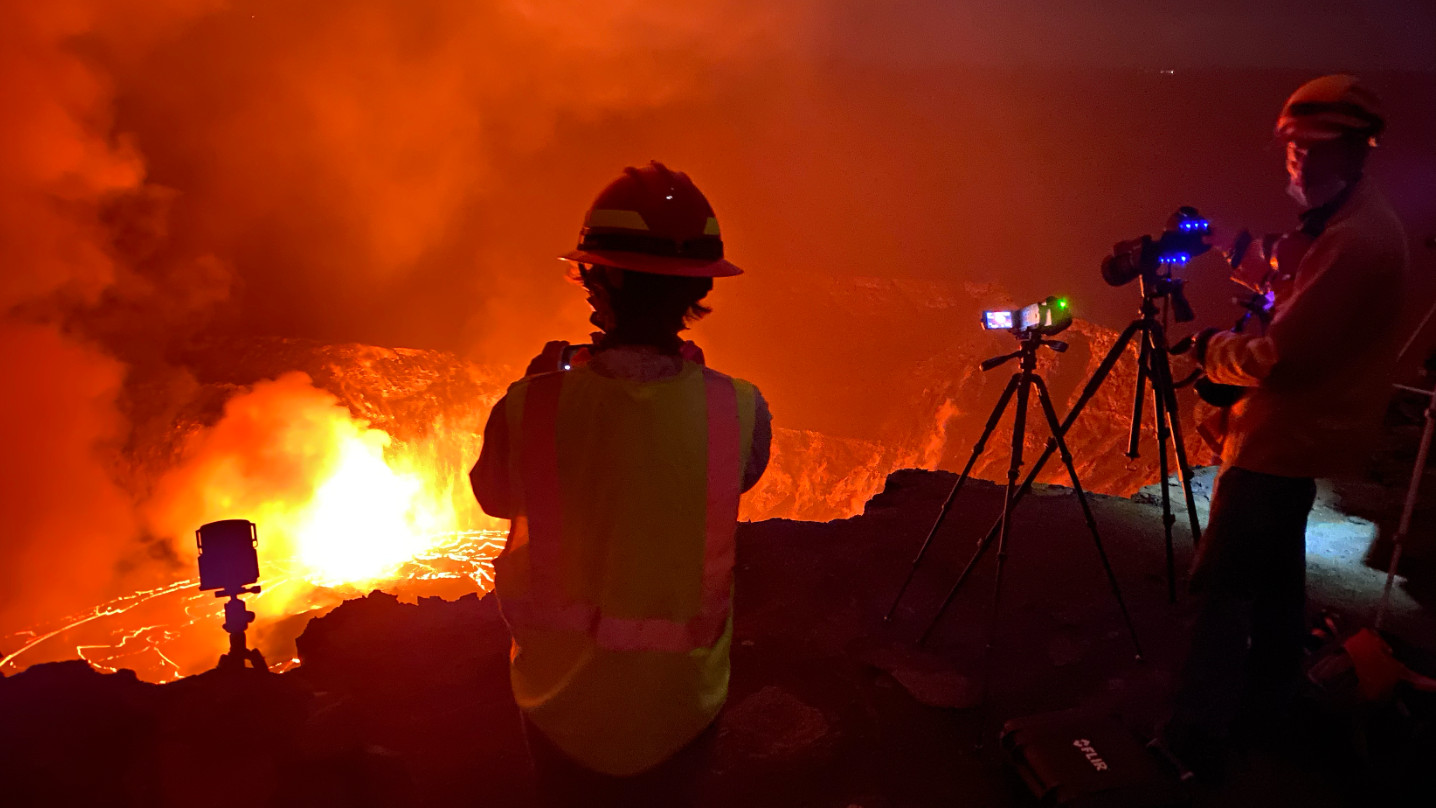 HAWAIʻI ISLAND - The USGS HVO gives an update on its recovery and rebuilding in the wake of Kīlauea’s 2018 lower East Rift Zone eruption and summit collapse.

(BIVN) – As Kīlauea volcano continues to erupt at its summit, with the USGS Volcano Alert level at WATCH, scientists are looking back at the effort to recover from the 2018 eruption.

Hawaii’s Congressional delegation worked hard to secure funding for both a field station within Hawai‘i Volcanoes National Park and a research center on the University of Hawai‘i at Hilo campus, which will replace the Reginald T. Okamura building. HVO will share both of these facilities with the USGS Pacific Islands Ecosystem Research Center.

Thanks to dedicated disaster relief funding, HVO is not just rebuilding, but is gaining new capabilities and scientific knowledge in order to continue its mission better than ever.

HVO is replacing much of its network with newer and better real-time monitoring instruments to improve early detection of magma movement, which supports more accurate and timely characterization of hazards to island communities. Improvements include new broadband seismometers to better locate and record earthquakes, higher resolution GPS/GNSS stations and tiltmeters to more accurately measure ground movements, and a new absolute gravimeter that can measure subsurface mass changes due to magma movement. Other field instruments include new gas sensors to detect sulfur dioxide, carbon dioxide, and other emissions, a laser rangefinder that has been used since last January to make continuous measurements of lava lake depth, and higher resolution visual and thermal cameras to monitor surface activity and provide situational awareness.

All instruments lost in the eruption have now been replaced, and the network telemetry across the island is being modernized and “hardened” to assure data can continue to flow during crises. New sites are also being installed in selected areas to improve coverage.

HVO is also acquiring new laboratory instruments for state-of-the-art geologic sample analysis. A recent “Volcano Watch” article highlighted the new tephra lab. Other lab instruments include optical and infrared microscopes capable of measuring gases dissolved in volcanic glass. Many Supplemental lab resources will be used in collaboration with the University of Hawaiʻi at Hilo, including upgrading the analytical capabilities of a scanning electron microscope.

High resolution topographic maps were made using airborne Light Detection and Ranging (LiDAR) using supplemental funding. LiDAR data was acquired by helicopter over 220 square miles of land affected by the 2018 eruption. These data have many uses including calculating the area and volume of lava flows and providing high resolution basemaps for future reference. For example, HVO’s online map depicting the ongoing Kīlauea summit eruption is based on a digital elevation model constructed with Supplemental LiDAR data.

HVO is also bolstering its ability to deploy Unoccupied Aircraft Systems (UAS or “drones”) to monitor the eruptions using visual and thermal imagery as well as making gas emission measurements. New UAS capabilities have been used by HVO to sample the water lake and collect imagery during the Kīlauea summit eruptions that began in December 2020 and September 2021. More recently, HVO deployed UAS equipped with a thermal camera to work with the Hawaiʻi Fire Department to thermally map the Honuʻapo underground fire near Whittington Beach Park.

All of these new capabilities improve HVO’s ability to identify and assess volcanic activity anywhere on the island and share this information with key partners including Hawai‘i County Civil Defense, Hawai‘i Volcanoes National Park, and Hawai‘i Emergency Management Agency.

Scientific investigations are needed to properly interpret monitoring data to characterize ongoing threats to island communities. New research will also improve our understanding of Kīlauea’s shallow magma reservoir status and evolution post-2018, of the history and likelihood of dangerous explosive eruptions from the summit region, and of eruptions from the rift zones where the greatest hazard exists. Seventeen research projects are supported by Supplemental funding.

HVO’s mission is to monitor, investigate, and assess hazards from active volcanoes and earthquakes in Hawaii, issue warnings, and advance scientific understanding in order to reduce impacts of volcanic eruptions. Supplemental disaster relief funding is helping to ensure that HVO is able to continue this mission now and in the future.