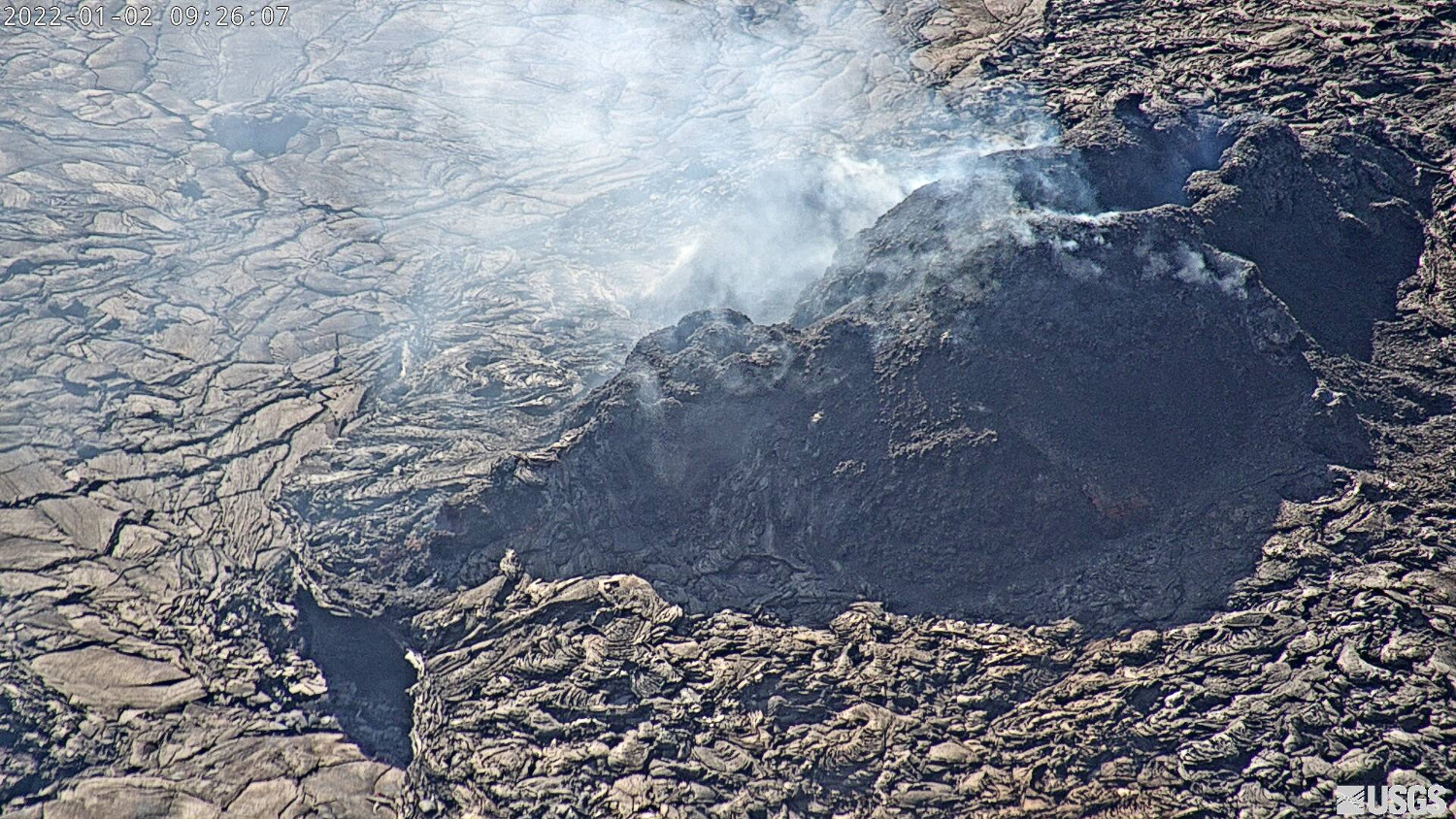 USGS webcam view of the west vent in Halemaʻumaʻu and the lava lake, from the northwest rim of the caldera, from January 2, 2022.

HAWAIʻI VOLCANOES NATIONAL PARK - As of Sunday morning, lava was still erupting at the summit, but at a greatly diminished rate, scientists said.

(BIVN) – Kīlauea is entering another pause, scientists say, as the off-and-on eruptive activity at the volcano summit continues into the new year.

As of Sunday morning, lava was still erupting, “but at a greatly diminished rate”, from a single vent near the western wall of Halemaʻumaʻu crater within Hawai‘i Volcanoes National Park, the USGS Hawaiian Volcano Observatory reported. There have been several eruption pauses and resumptions at the Kīlauea summit over the last month.

Summit tiltmeters have been tracking rapid deflation since 1 AM this morning. Volcanic tremor associated with the eruption—as recorded by nearby seismometers—decreased rapidly at about 2 AM and is continuing at low levels. Instrumental readings and lava lake activity indicate the eruption is entering a pause that is likely to last 2-3 days based on previous observations of pauses. Earthquake activity in the summit region remains below background level. A sulfur dioxide (SO2) emission rate of approximately 5,000 tonnes per day was measured on December 28, 2021 in the summit region while the lava lake was very active.

The active lava lake began crusting over at about 2 a.m. this morning, the USGS said, which was at the same time the tremor dropped. “No overflows from the active lake have been observed in the past 24 hours, but there was a large breakout along the northern margin of the crusted-over larger lava lake that was still active this morning,” the scientists noted.