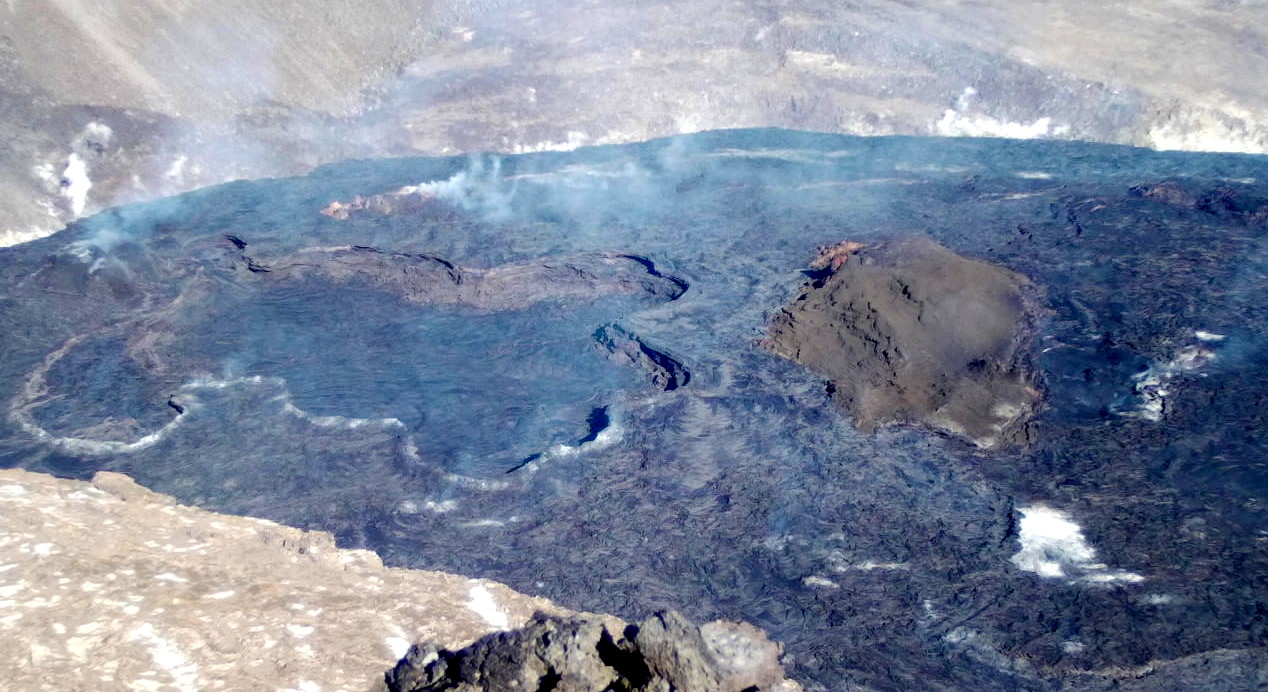 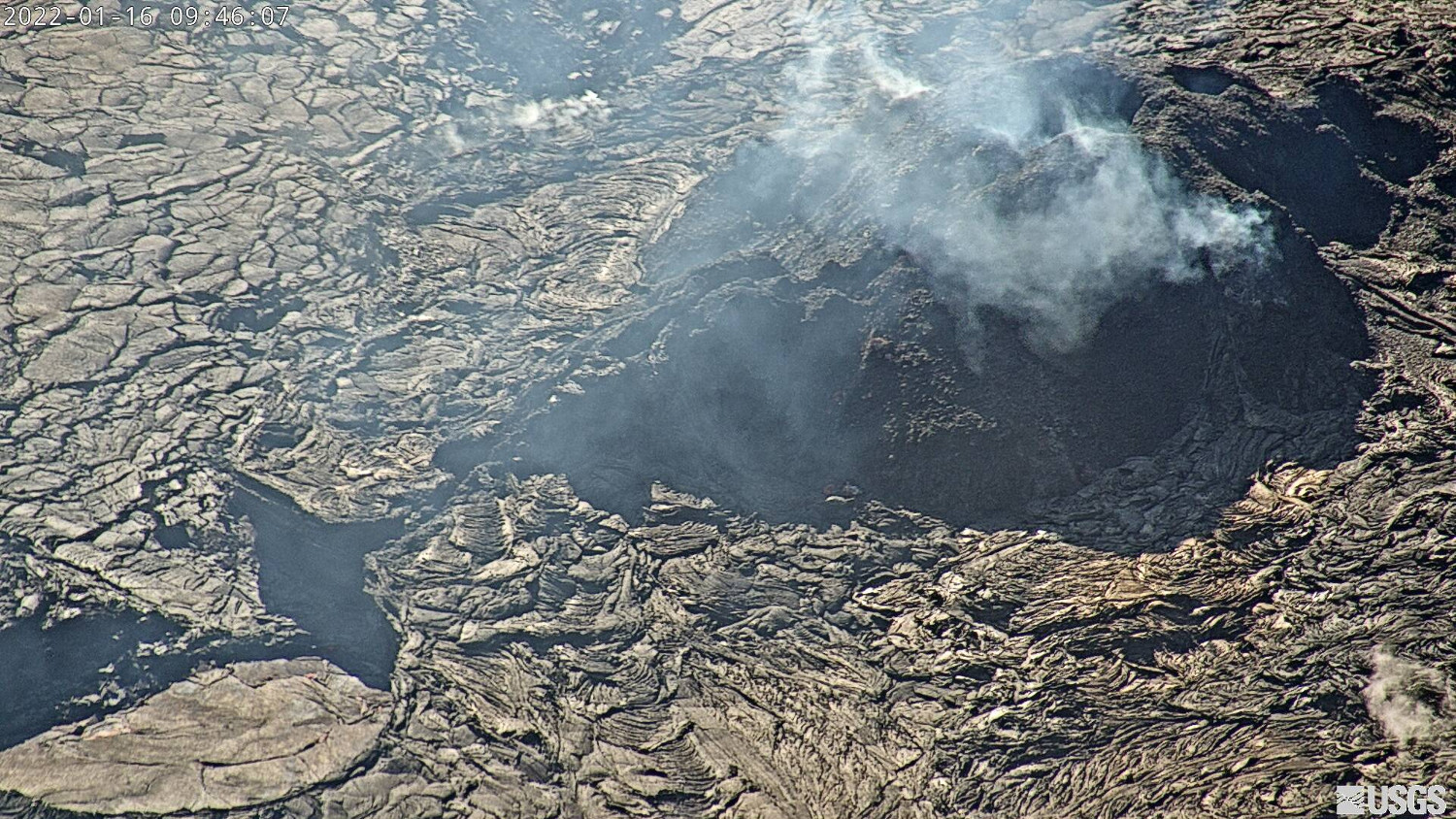 USGS webcam image of the west vent in Halemaʻumaʻu and the crater lava lake from January 16 at 9:46 a.m.

(BIVN) – The summit eruption of Kīlauea Volcano has paused, once again.

“Lava has ceased erupting from the western vent within Halemaʻumaʻu crater,” wrote scientists with the USGS Hawaiian Volcano observatory in a Sunday update. “The lava lake surface level has dropped about 10 meters (33 feet) since the pause began yesterday afternoon.”

From the Sunday update:

Summit tiltmeters began recording a strong deflationary trend at about 2:15 p.m. yesterday, January 15, accompanied by drops in tremor and lava lake surface level. Similar pauses in recent weeks have ranged in duration from 1 to 3 days. A flurry of small-magnitude earthquakes recorded at the summit during recent days, at depths ranging from about 10–14 km (6–9 miles) below sea level, continues.