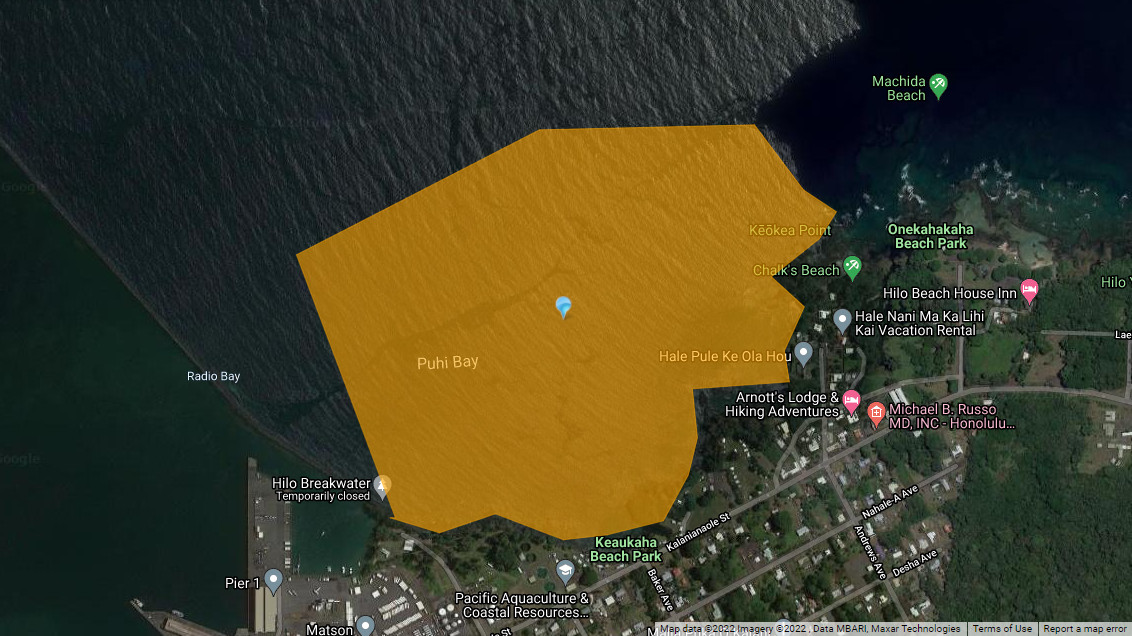 HILO, Hawaiʻi - The public is advised to avoid the waters near the area of Keaukaha Beach Park until warning signs have been removed.

(BIVN) – A brief power outage resulted in a wastewater discharge at Puhi Bay in the Keaukaha area of Hilo on Friday.

“The public is advised to avoid the waters near Puhi Bay in Hilo near the Hawaii County’s Hilo waste water treatment plant outfall due to a treatment bypass,” reported the Hawaiʻi Department of Health Clean Water Branch. “Warning signs will be posted. The public is advised to remain out of the affected waters until warning signs have been removed.”

About 8,600 gallons were released into Puhi Bay on Thursday after a loss of electrical power. The discharge was later stopped.