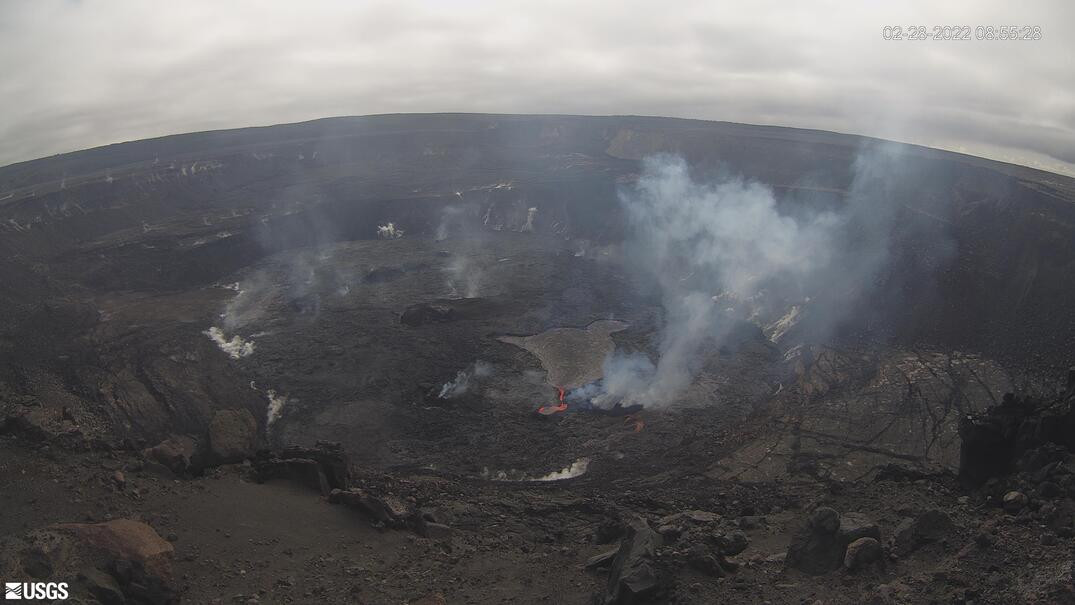 USGS webcam showing the eruption in Halemaʻumaʻu on Monday from the west rim of the summit caldera.

HAWAIʻI ISLAND - Lava effusion resumed at the summit eruption of Kīlauea Volcano on Sunday morning and continues this morning. 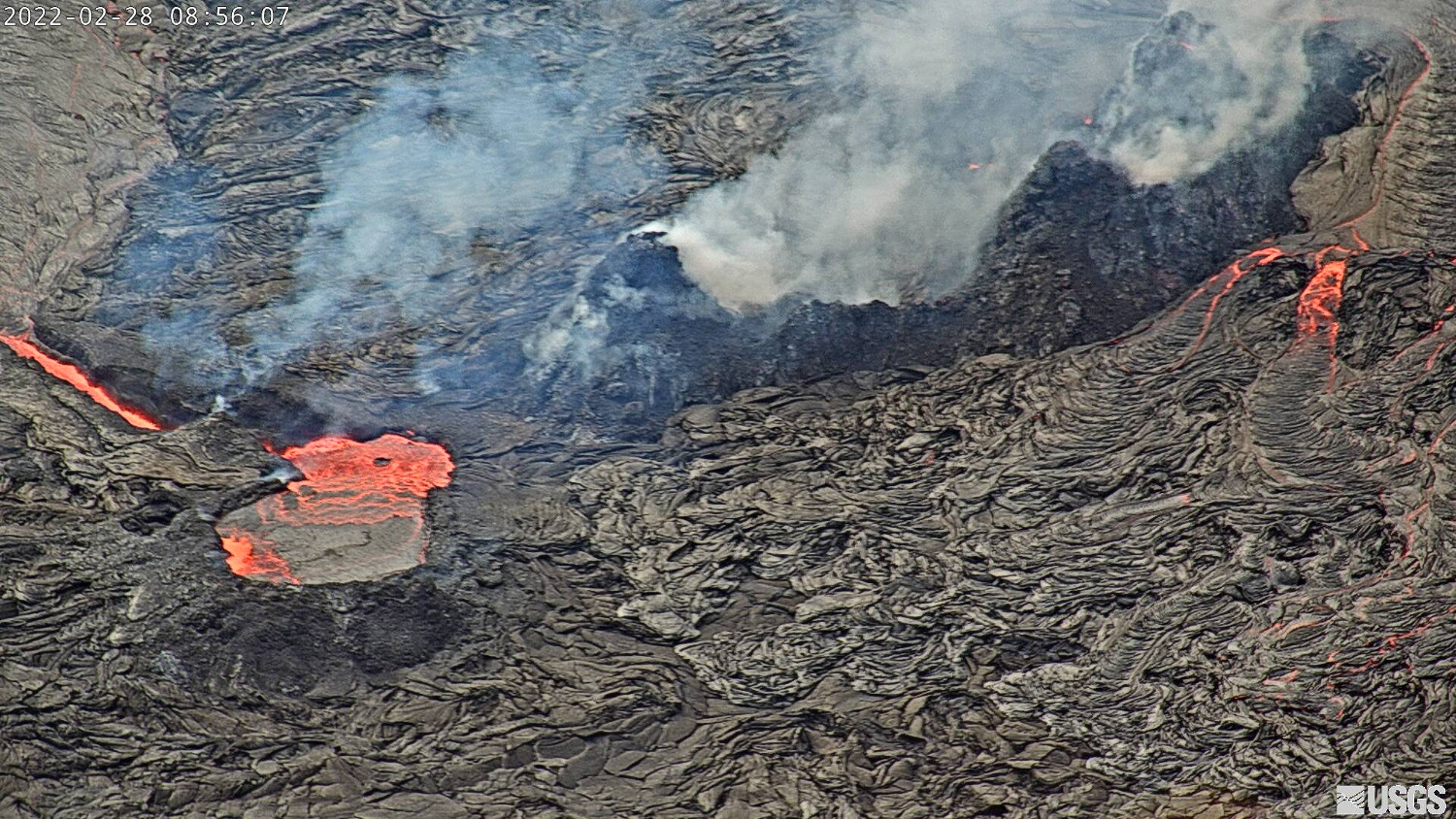 USGS webcam showing the eruption of lava from the west vent in Halemaʻumaʻu and the lava lake, as seen from the northwest rim of the caldera.

(BIVN) – The eruption of Kīlauea volcano continues, as lava effusion resumed at the summit within Halemaʻumaʻu at approximately 10 a.m. HST on Sunday.

The summit tremor that increased at approximately 9:30 a.m. HST on Sunday and remains elevated and steady, while the steep inflation at the summit that began yesterday at 5 a.m. HST has slowed.

All activity remains confined to the summit within Hawaiʻi Volcanoes National Park and no unusual activity has been noted along the East Rift Zone or Southwest Rift Zone.

From the USGS Hawaiian Volcano Observatory update on Monday:

Halemaʻumaʻu Lava Lake Observations: Eruption of lava from the western vent into the active lava lake within Halemaʻumaʻu crater resumed at approximately 10:00 am HST yesterday. Continuous flows of active lava are erupting from the west vent and flowing to the south, west, and into the western active lava lake. There were few to no ooze outs along the margins of the crater floor over the past 24 hours. The active lava lake surface of Halemaʻumaʻu crater has risen approximately 10 meters (33 feet) over the last 24 hours. This resumption of effusive activity corresponds with an increase in summit tilt and an increase in tremor at the summit The highest point on the Halemaʻumaʻu crater floor has risen approximately 96 meters (315 feet) since the eruption began on September 29, 2021. The erupted volume is 45 million cubic meters (59 million cubic yards) of lava as measured on January 25, 2021.