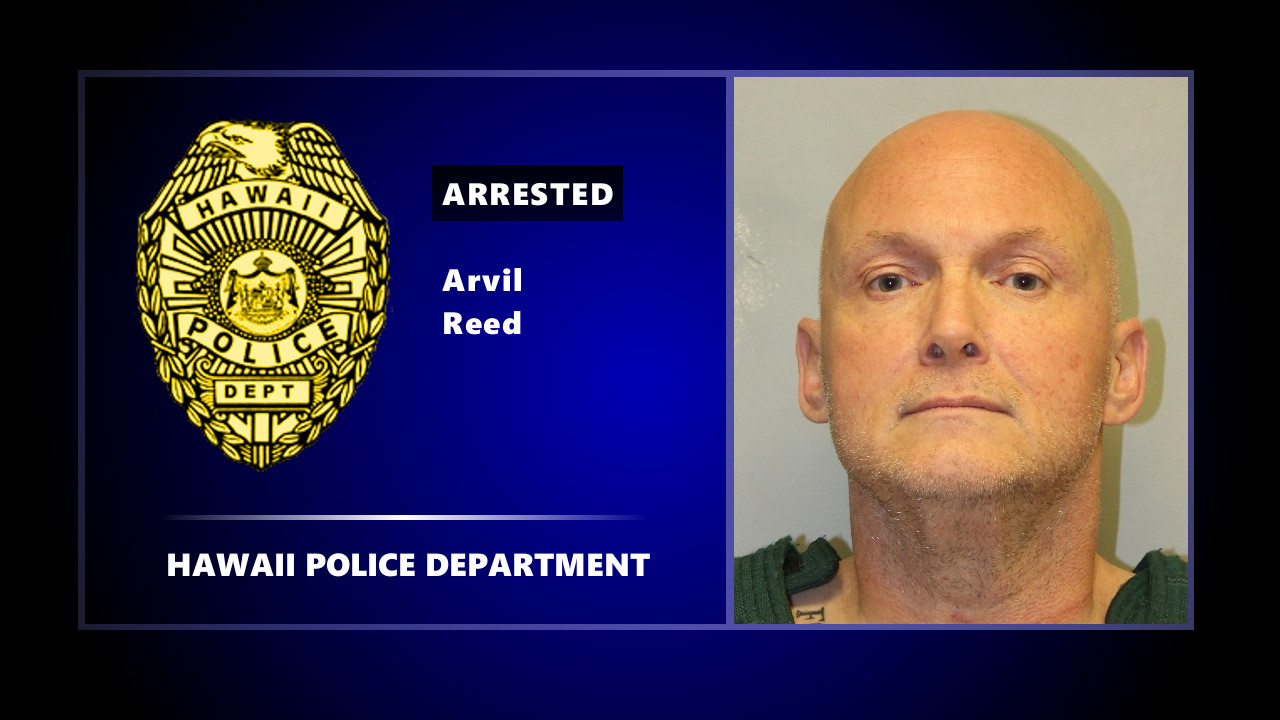 HILO, Hawaiʻi - 54-year-old Arvil Reed was arrested and charged for second-degree attempted murder after a incident on Friday, March 4.

(BIVN) – A California man was arrested and charged for second-degree attempted murder after a “domestic type incident” took place at a hotel on Banyan Drive in Hilo on Friday, March 4, 2022.

According to Hawaiʻi Police:

South Hilo Patrol officers responded to the hotel shortly before 6:00 p.m. on Friday after a 45-year-old female friend of Reed reported that he had struck her with a firearm and threatened to kill her while in their shared room. Arriving officers located Reed in front of the hotel and he was arrested without incident. The woman was treated at the scene by fire rescue but refused to be transported to the Hilo Medical Center for further treatment.

From the office of the Prosecuting Attorney:

Reed is scheduled to make his initial appearance on Monday in Hilo District Court. He remains in custody in lieu of $680,000.00 bail.