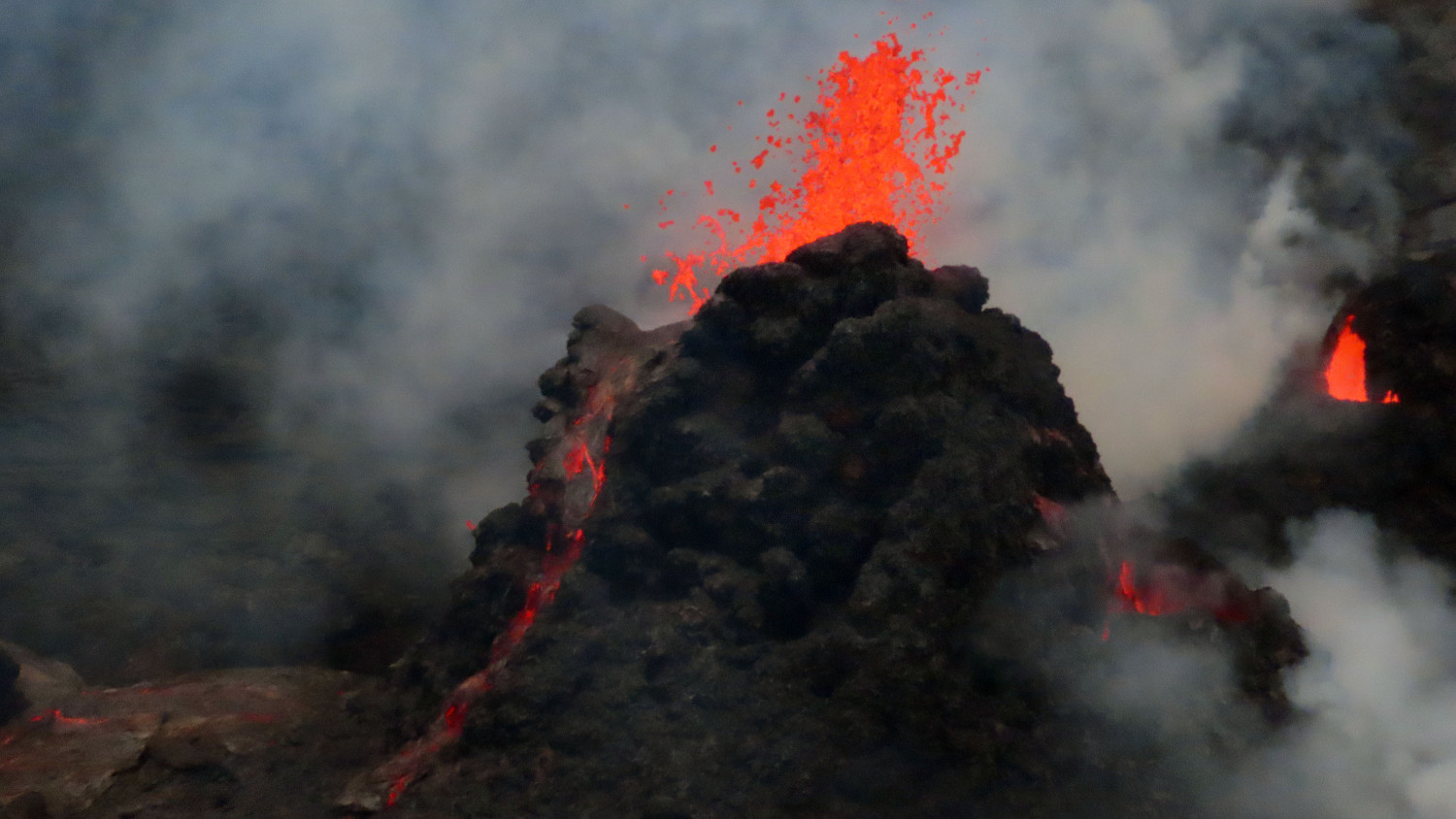 USGS: "The ongoing eruption in Halema‘uma‘u, at Kīlauea summit, is occurring from a number of vents in a complex located in the western half of the crater. The tallest cone in this complex measures about 19 meters (60 feet) in height and is shown in this photograph." (USGS photo by L. Gallant dated March 4, 2022)

(BIVN) – The summit eruption of Kīlauea Volcano continued within Halemaʻumaʻu crater over the past 24 hours.

The USGS Hawaiian Volcano Observatory says all recent activity has been confined to the smaller active lake within the crater, and there are no indications of activity migrating elsewhere on Kīlauea. From the Thursday morning update:

Halemaʻumaʻu Lava Lake Observations: Eruption of lava from the western vent into the active lava lake surface (approximately 2.5% of Halemaʻumaʻu crater floor) continued through yesterday. The active western lava lake surface of Halema‘uma‘u crater has remained at a steady elevation over the past 24 hours, corresponding with slightly deflationary tilt yesterday. The highest point on the Halemaʻumaʻu crater floor has risen approximately 97 meters (318 feet) since the eruption began on September 29, 2021. The erupted volume is 45 million cubic meters (59 million cubic yards) of lava as measured on January 25, 2021.

Summit Observations: Summit tilt yesterday was flat, becoming slightly deflationary overnight. Slight deflationary tilt continues at this time. Seismic data shows that the volcanic tremor is still elevated this morning and earthquake activity at the summit remains below background levels. A sulfur dioxide (SO2) emission rate of approximately 2200 tonnes per day (t/d) was measured on March 8.

The USGS HVO will issue a brief eruption “Status Report” around 3 p.m. HST, intended to give Hawaiʻi Volcanoes National Park staff and visitors an idea of likely lava activity for the coming evening.