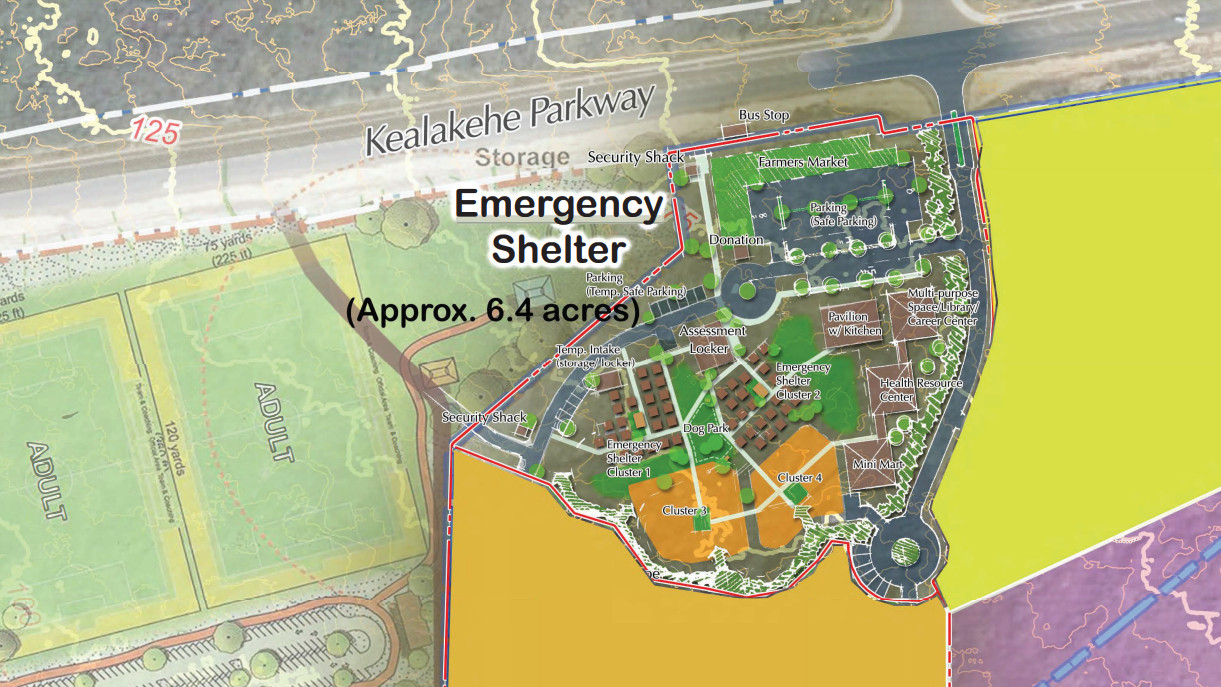 Inset of the preliminary conceptual plan from the Final Environmental Assessment for Kūkuiola and Village 9 Affordable Rental Community.

The $10 million was part of the $240 million secured by U.S. Senator Brian Schatz (D-Hawai‘i) for the state in this year’s appropriations bill.

“This new earmark funding will help build new shelters and affordable permanent housing for people in need. It will also provide them with services and other resources to help them get back on their feet,” said Sen. Schatz, Chairman of the Senate Appropriations Subcommittee on Housing and Urban Development.

“We are incredibly grateful for the good works of Senator Brian Schatz for his efforts in securing a $10 million earmark for Kūkuiola,” said Hawai‘i County Mayor Mitch Roth. “Our administration remains committed to providing vital services and temporary housing to our vulnerable, houseless populations, and with the support of our congressional delegation, our services on the Westside of Hawai‘i Island will be significantly uplifted.”

According to the Schatz news release:

In addition to the 16 emergency shelter units and the 48 permanent housing units, this funding will also be used to construct community showers, a community kitchen, and other service facilities. The new congressionally directed funding in this year’s appropriations bill marks the first year members of Congress were able to make earmark requests since they were banned in 2011.

The bill passed the Senate last night and now heads to the president’s desk to be signed into law.