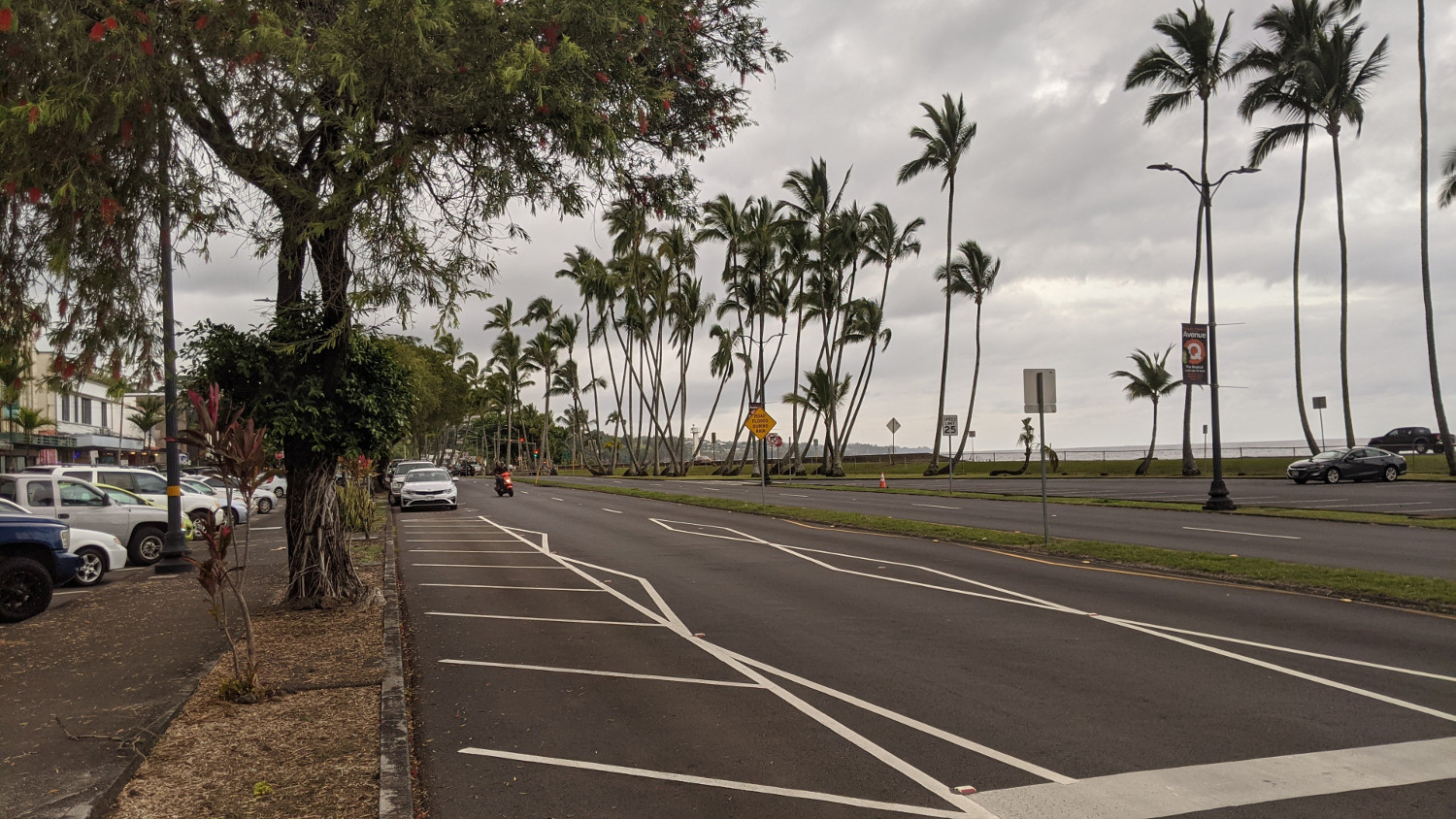 the view looking towards the area of Bayfront Highway and Waianuenue Avenue intersection in Hilo.

HILO, Hawaiʻi - A Thursday-morning collision on Bayfront Highway, between a bicycle and a motor vehicle, has left one woman dead.

(BIVN) – Hawai‘i Island police say one woman is dead following an early morning collision between a bicycle and a vehicle collision in Hilo.

Police are still investigating the fatal crash, which they say occurred on Thursday, March 17, about 2:50 a.m., on Bayfront Highway, just south of Waianuenue Avenue. From a police news release:

Police investigating the traffic collision determined that a Toyota SUV traveling east on Bayfront Highway struck a bicyclist that was traveling westward in the east bound lane. At the time of the collision the roadway was dark and the area was dry.

The 65-year-old female driver of the SUV was not injured as a result of the collision.

The female bicyclist, identified as 61-year-old Danielle Sinor, was transported to Hilo Medical Center with traumatic injuries where she was later pronounced dead at 12:57 p.m. An autopsy has been ordered to determine the exact cause of death.

Further investigation will be conducted relative to any contributing factors. The East Hawaii Traffic Enforcement Unit has initiated a negligent homicide investigation, which is pending.

Police ask that anyone who may have witnessed the collision or who has information to contact Officer Jared Cabatu at (808) 961-2339 or via email Jared.Cabatu@HawaiiCounty.gov. Tipsters who prefer to remain anonymous may call Crime Stoppers at (808) 961-8300.