Video courtesy USGS Hawaiian Volcano Observatory and National Park Service. A synthesized voice was utilized in the narration for this story.

HAWAIʻI VOLCANOES NATIONAL PARK - Several weeks ago, the behavior of the volcano changed, and now the eruption is no longer undergoing complete pauses. 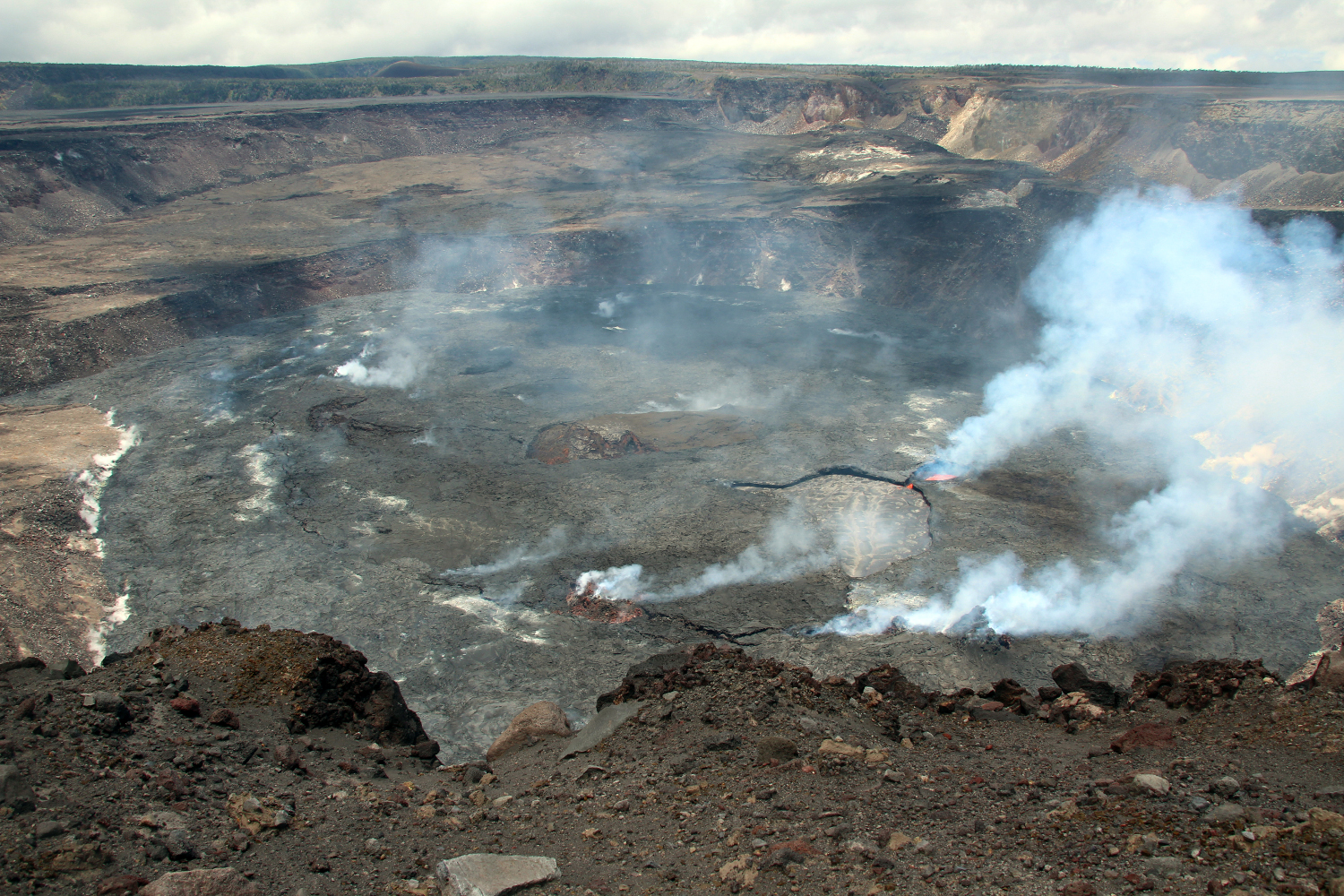 USGS: “The eruption continues within Halema‘uma‘u at the summit of KILUAEA on April 26, 2022. The active lava lake is visible within the middle right of the photo and has a silvery surface appearance. Within the active lava lake, lava flows from an inlet on the west (bottom) margin towards the east. Some of this lava then cascades into an embayment southeast of the main active lava lake, which on April 26 had red hot roiling lava at the surface. As the level within the southeast embayment is not rising, it appears that lava is plunging underneath the cooled crater floor area, contributing to gradual overall crater floor rise.” (USGS photo taken by N. Deligne.)

(BIVN) – The eruption of Kilauea volcano continues at the summit inside Hawaiʻi Volcanoes National park, and the activity is now continuous.

Lava from the western vent is pouring into an active lava lake and onto the crater floor. Recent USGS Hawaiian Volcano Observatory video shows the lava as it plunges down a cascade into a smaller pit, where the lava is highly agitated. 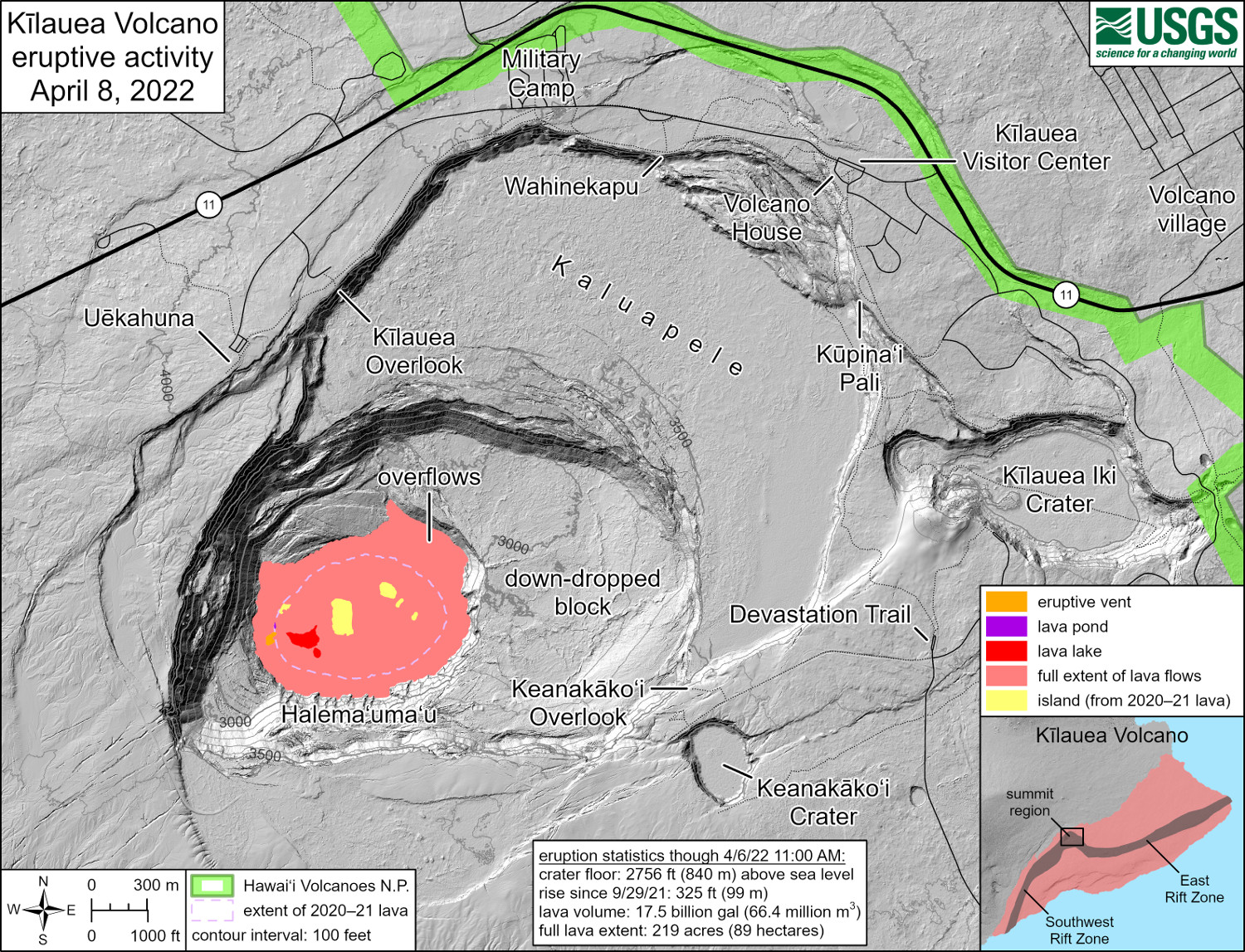 USGS: “This reference map depicts the ongoing Kīlauea summit eruption on April 8, 2022. One eruptive vent (orange) is active within Halema‘uma‘u, on the western side of the crater floor. An adjacent pond (purple) is feeding lava to a larger lake (red); though at times the lava level has dropped and circulation has diminished, the pond and lake have consistently hosted active lava in recent weeks. The eruption statistics provided here are current as of the last HVO overflight on March 30, 2022. In a change from previous eruption reference maps, this map provides a median elevation for the crater floor—2,756 feet (840 meters) above sea level—and its rise since September 29, 2021.”

In a USGS reference map published earlier this month, the eruptive vent is shown in orange on the western side of the crater floor. An adjacent pond, colored purple, is feeding lava to the larger lake in red.

As the month of April began, scientists noted that the on-again, off-again nature of the lava effusion was being replaced by more persistent activity.

On April 22nd, the USGS issued its final evening status report, saying that several weeks ago, the behavior of the volcano had changed. The eruption is no longer undergoing complete pauses, although the intensity of the surface-activity fluctuates. Scientists are still describing the eruption in their Daily Updates.

As has been the case since the eruption began on September 29th, all activity remains confined to the summit crater. And there is no indication that the eruption might be migrating elsewhere on the volcano.