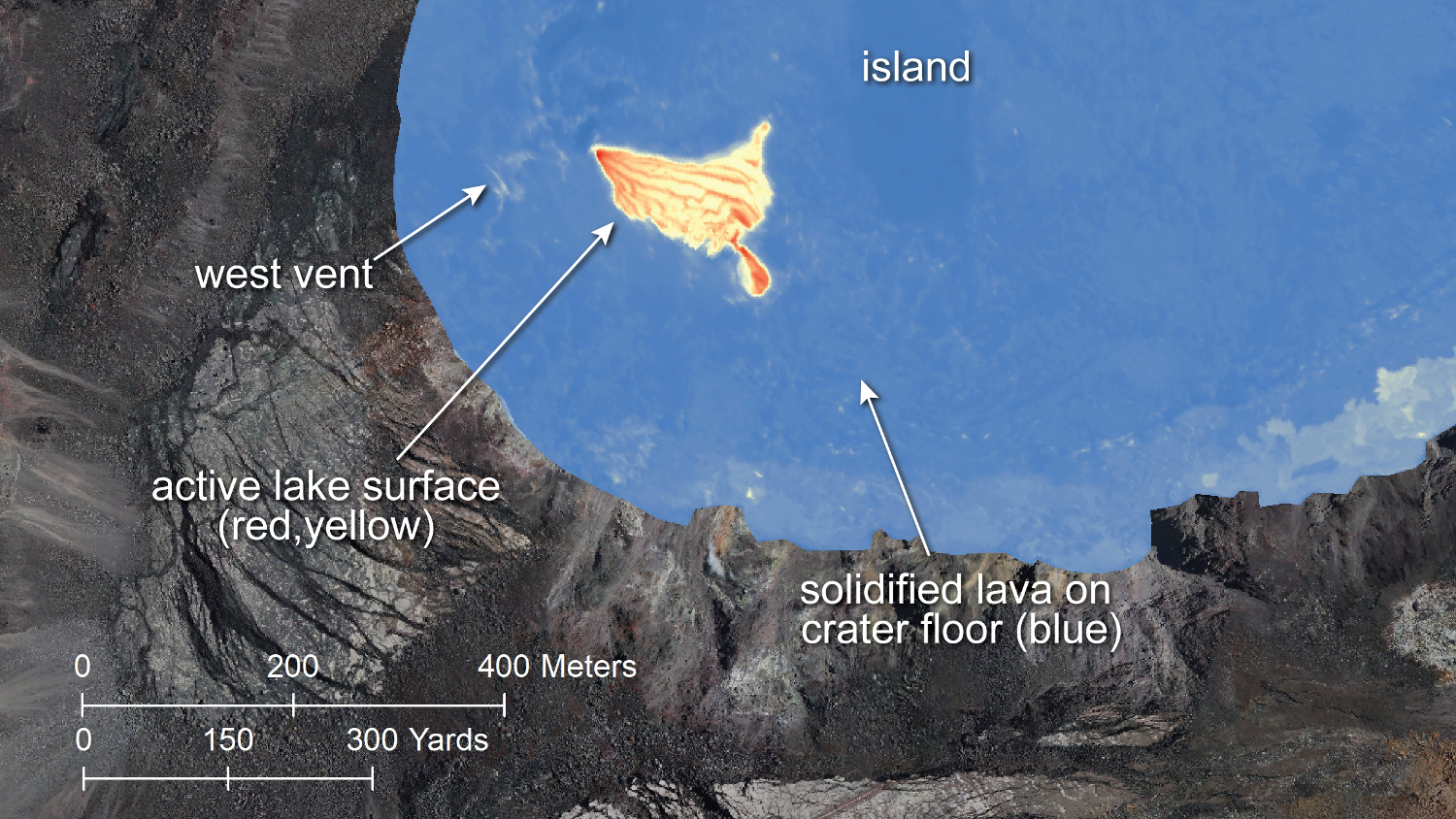 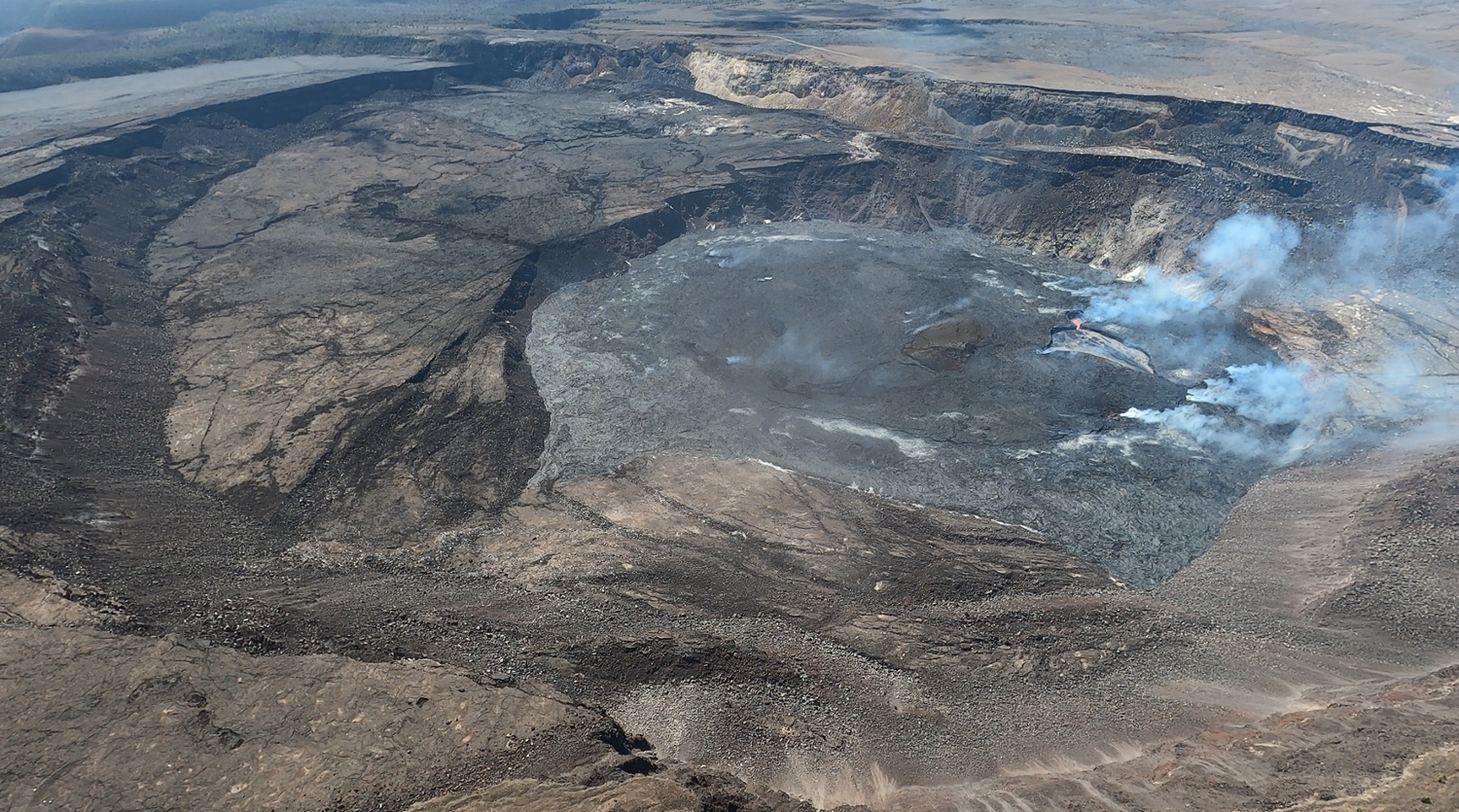 USGS: “An overflight at approximately 10 a.m. on May 10, 2022, provided aerial views of the eruption within Halema‘uma‘u crater. Lava continues to erupt from the west vent area, supplying an active lava pond in the western portion of Halema‘uma‘u within Kīlauea summit caldera.” (USGS photograph by K. Mulliken)

(BIVN) – The summit eruption of Kīlauea Volcano has continued over the past 24 hours, with all activity confined to Halemaʻumaʻu crater within Hawaiʻi Volcanoes National Park. Scientists say current data “indicate that this scenario is likely to continue”, with “no significant changes have been noted in the summit or East Rift Zone.”

A recent helicopter overflight allowed scientists with the USGS Hawaiian Volcano Observatory to capture the visual and thermal imagery needed to create a new map, showing the current layout of the activity at the summit. 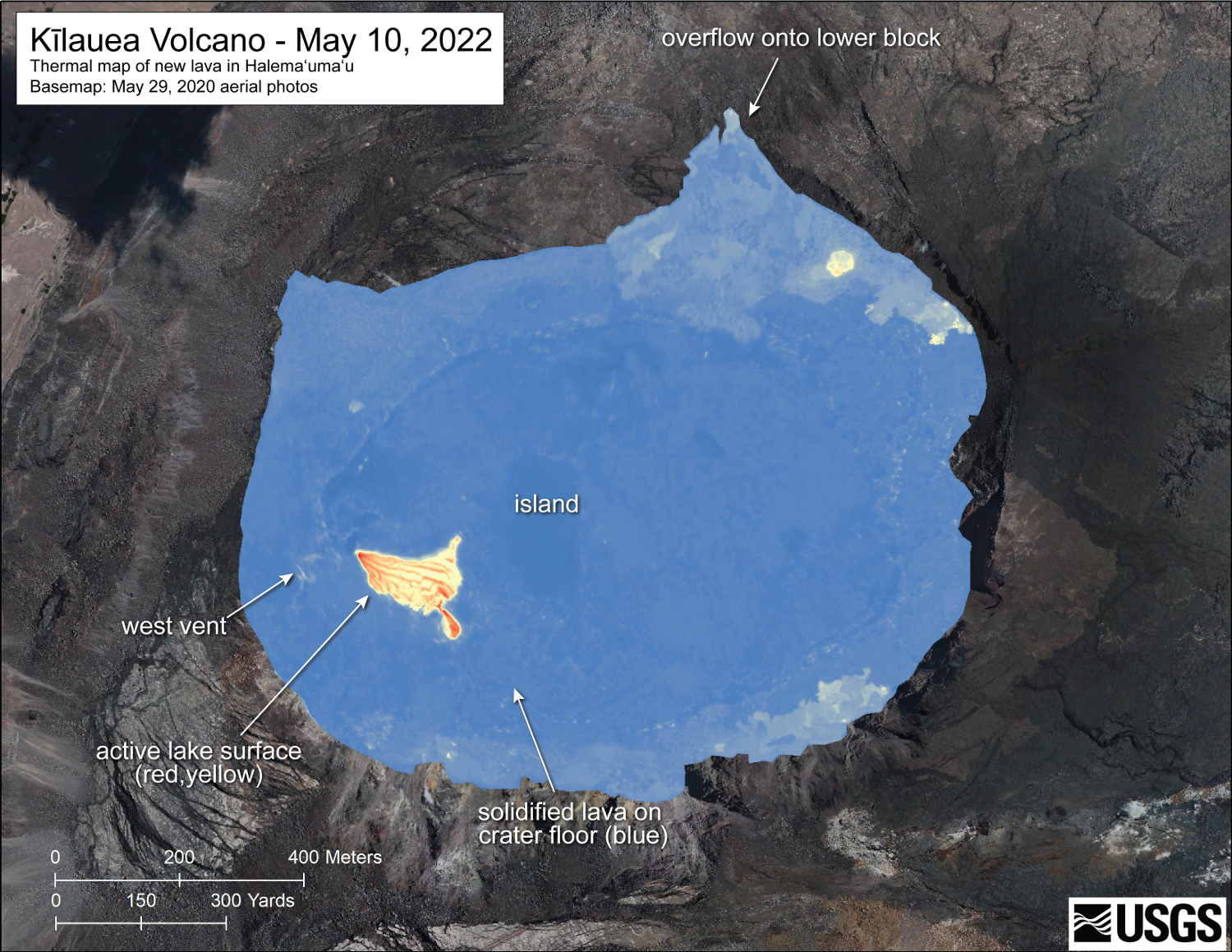 USGS: “A helicopter overflight on May 10, 2022, allowed for aerial visual and thermal imagery to be collected of Halema‘uma‘u crater at the summit of Kīlauea. The active lake surface is limited to the western portion of the crater. The scale of the thermal map ranges from blue to red, with blue colors indicative of cooler temperatures and red colors indicative of warmer temperatures.”

From the Monday update by the USGS Hawaiian Volcano Observatory:

Eruption of lava from the Halemaʻumaʻu western vent into the active lava lake and onto the crater floor has continued over the past 24 hours. The active lava lake has shown continuous surface activity, with lake level remaining relatively high, with some minor fluctuations in level. Lava ooze-outs were active over the course of the day, though slightly diminished compared with earlier last week and mostly on the eastern margin of the crater. Overflight measurements on May 10, 2022 indicated that the crater floor had seen a total rise of about 106 meters (348 feet) and that 77 million cubic meters (20 billion gallons) of lava had been effused since the beginning of this eruption on September 29, 2021.​​​​​​​