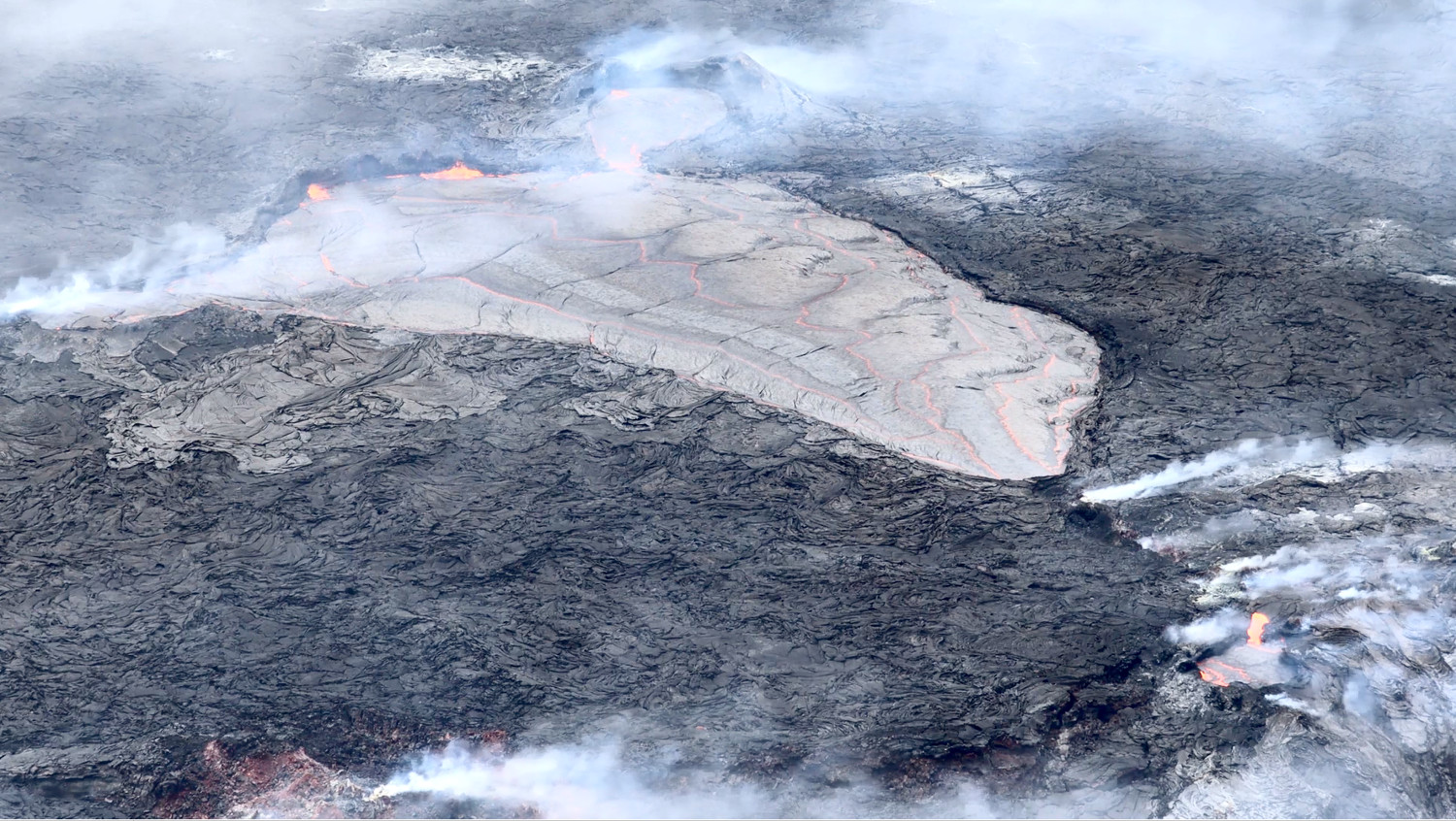 USGS: "Lava lake activity continues in Halema‘uma‘u, at the summit of Kīlauea Volcano. A small stream of lava was pouring into a small pond northwest of the main lava lake, near the west vent." (USGS photo by M. Patrick)

HAWAIʻI VOLCANOES NATIONAL PARK - Kilauea volcano begins the month of June with the continuation of the eruption in Halemaʻumaʻu crater at the summit. 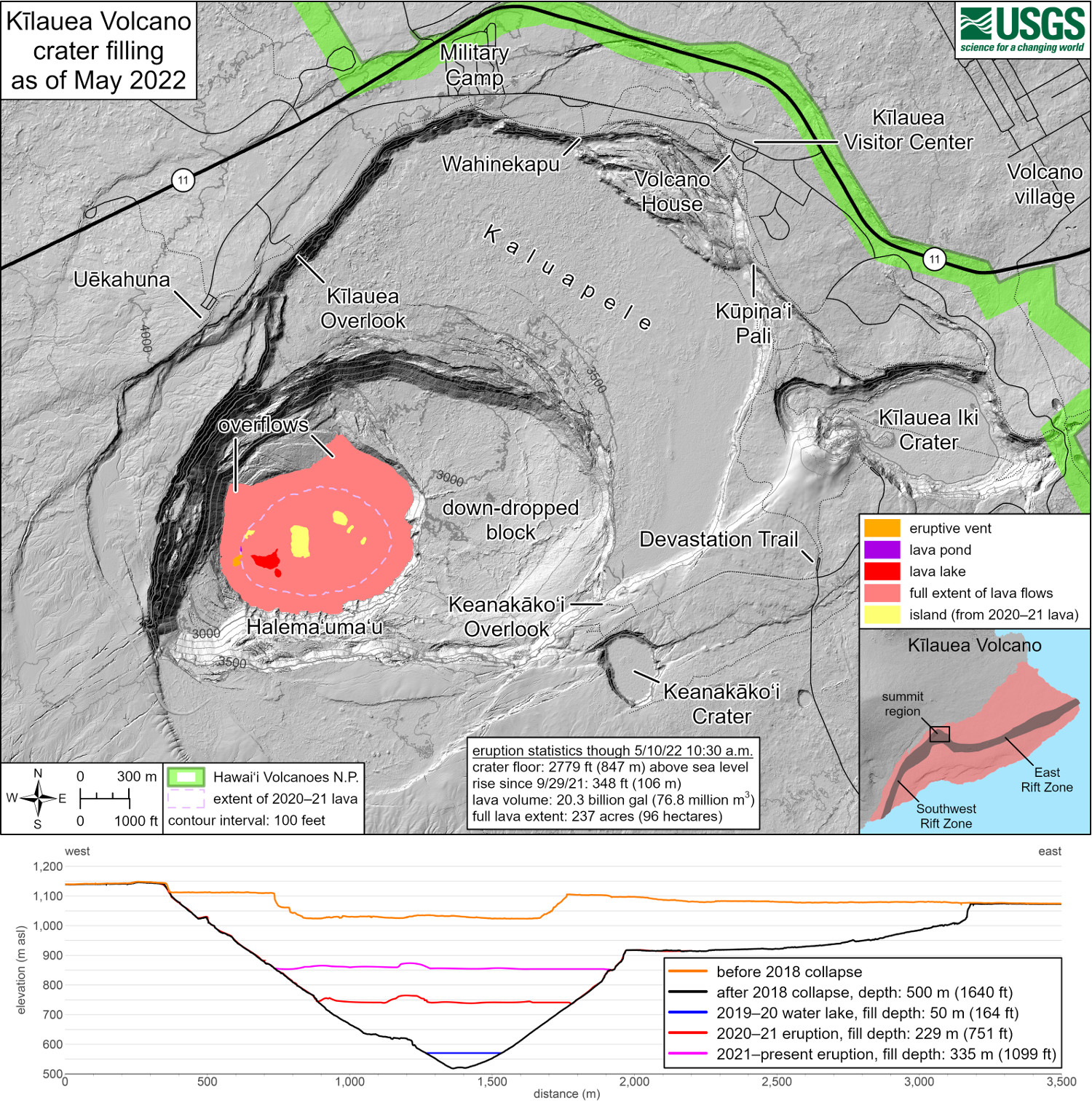 USGS: “This map of the Kīlauea summit is mostly identical to the May 16, 2022, eruption reference map, but also included here are west to east topographic profiles across the caldera. Profiles are provided for the periods before the 2018 caldera collapse (orange), shortly after the 2018 collapse (black), from mid-2021 depicting the December 2020–May 2021 eruption (red), and from this month depicting the September 2021–present eruption (pink). Also shown is the maximum depth of the 2019–20 Halema‘uma‘u water lake (blue). Elevations are expressed in meters above sea level (m asl).”

(BIVN) – The eruption at the summit of Kīlauea Volcano continues, with all lava activity confined to Halemaʻumaʻu crater inside Hawaiʻi Volcanoes National Park.

Scientists say this eruptive scenario is likely to continue, and there have been no significant changes at the Kīlauea summit or East Rift Zone.

From the Tuesday update from the USGS Hawaian Volcano Observatory:

Eruption of lava from the Halemaʻumaʻu western vent into the active lava lake and ooze-outs onto the crater floor has continued over the past 24 hours. The active lava lake has shown continuous surface activity, with lake level remaining relatively high, with some minor fluctuations in level. Lava ooze-out activity occurred along the eastern, northeastern, northwestern, and western edge of the crater floor. Overflight measurements on May 10, 2022 indicated that the crater floor had seen a total rise of about 106 meters (348 feet) and that 77 million cubic meters (20 billion gallons) of lava had been effused since the beginning of this eruption on September 29, 2021.

Summit tiltmeters recorded minor inflation and deflation within the past 24 hours, and scientists say a sulfur dioxide (SO2) emission rate of approximately 3,900 tonnes per day (t/d) was measured on May 31, 2022.