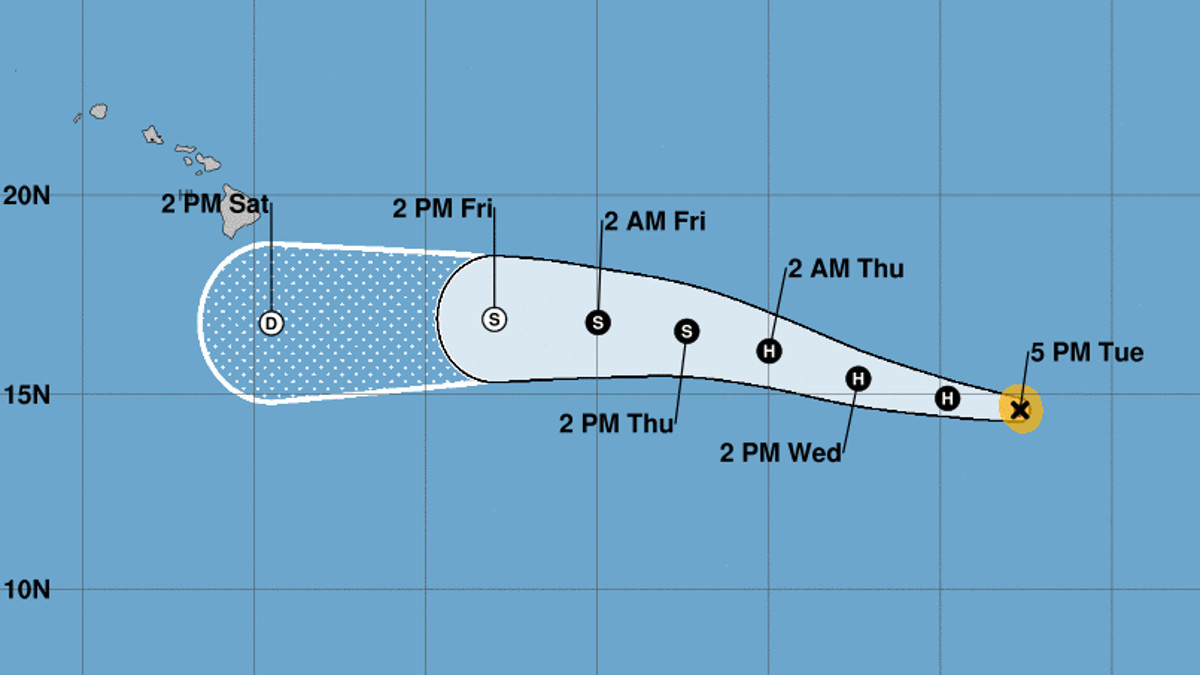 Inset of Coastal Watches/Warnings and Forecast Cone for Hurricane Darby as of 5 p.m. HST on Tuesday

HONOLULU, Hawaiʻi - The National Hurricane Center in Miami and the National Weather Service in Honolulu continue to keep an eye on Hurricane Darby. 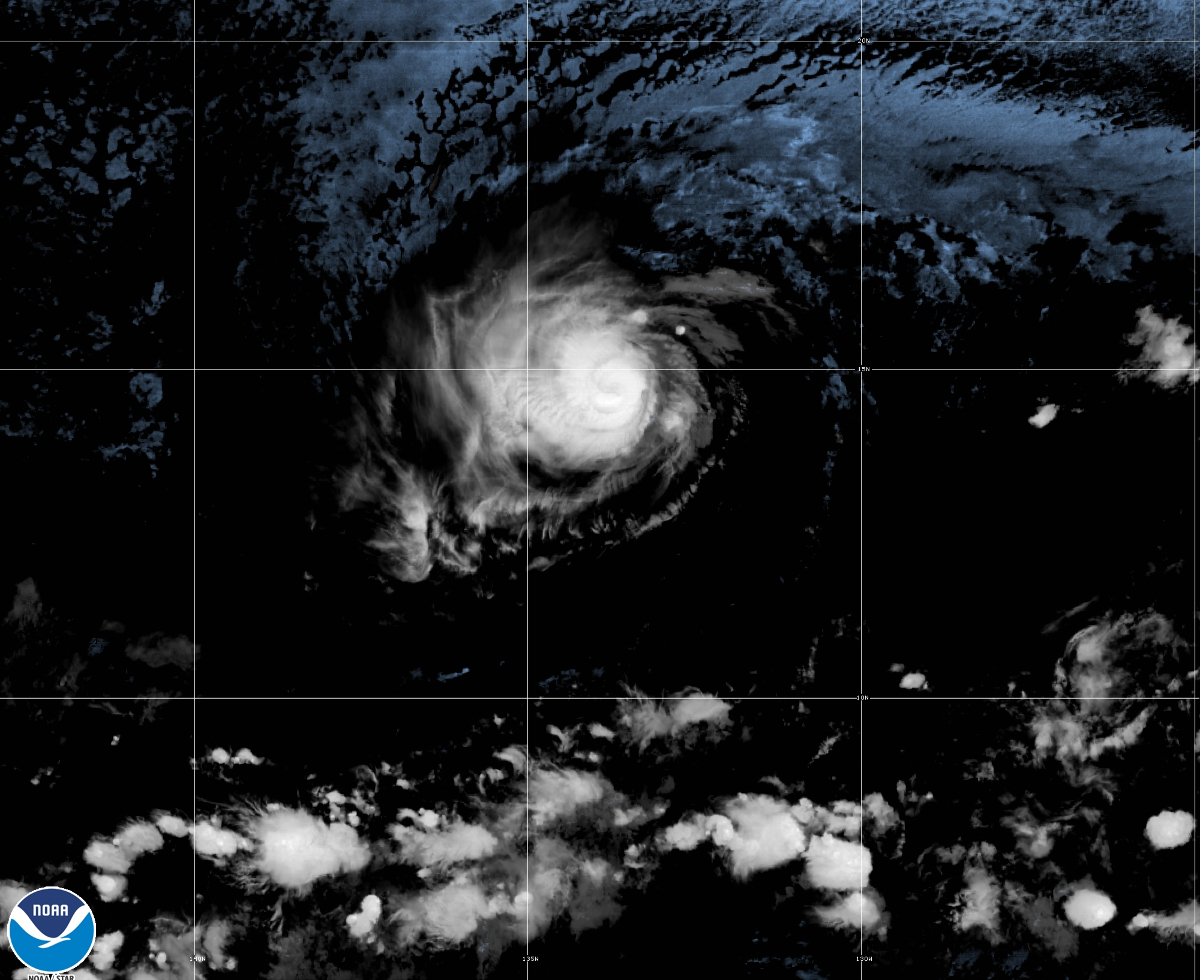 (BIVN) – As of Tuesday evening, Darby remains a small hurricane, moving west in the Eastern Pacific at 17 mph.

“Additional weakening is forecast, but Darby is expected to remain a hurricane through Wednesday night and a tropical storm through Thursday night,” the National Hurricane Center in Miami stated. “The system is forecast to become a post-tropical cyclone by late Friday.”

The hurricane was about 1,500 miles east of Hilo on Tuesday evening.

The remnants of Darby are expected to pass by Hawaiʻi to the south this weekend. Hawaiʻi is already dealing with moisture generated by the “barely discernible remnants” of former Tropical Cyclone Bonnie, forecasters say.

From the National Weather Service in Honolulu on Tuesday at 8:38 p.m. HST:

Satellite-derived precipitable water showed a surge in moisture associated with the remnants of former Tropical Cyclone Bonnie beginning to move through this evening. A combination of breezy trades, increasing moisture, and the trade wind inversion lifting to or around 10,000 ft will support better rainfall chances tonight through midweek. Some of these showers will make it into our dry leeward areas with the breezy trades and elevated inversion.

Once the remnant moisture associated with Bonnie shifts away from the area Thursday through Friday, the focus will turn to Hurricane Darby, which is currently located about 1500 miles east- southeast of Hilo. As Darby enters the central Pacific basin Wednesday night, a combination of cooler waters, mid-level dry air, and increasing shear will translate to a weakening trend as it approaches the state. The latest forecast from the National Hurricane Center reflects this and has Darby degenerating into a trough by the end of the weekend as it passes by to the south. Despite the weakening trend, strong trades along with plenty of moisture accompanying this feature moving through will translate to a wet and windy pattern for the islands — beginning as early as Friday night for the eastern end of the state.