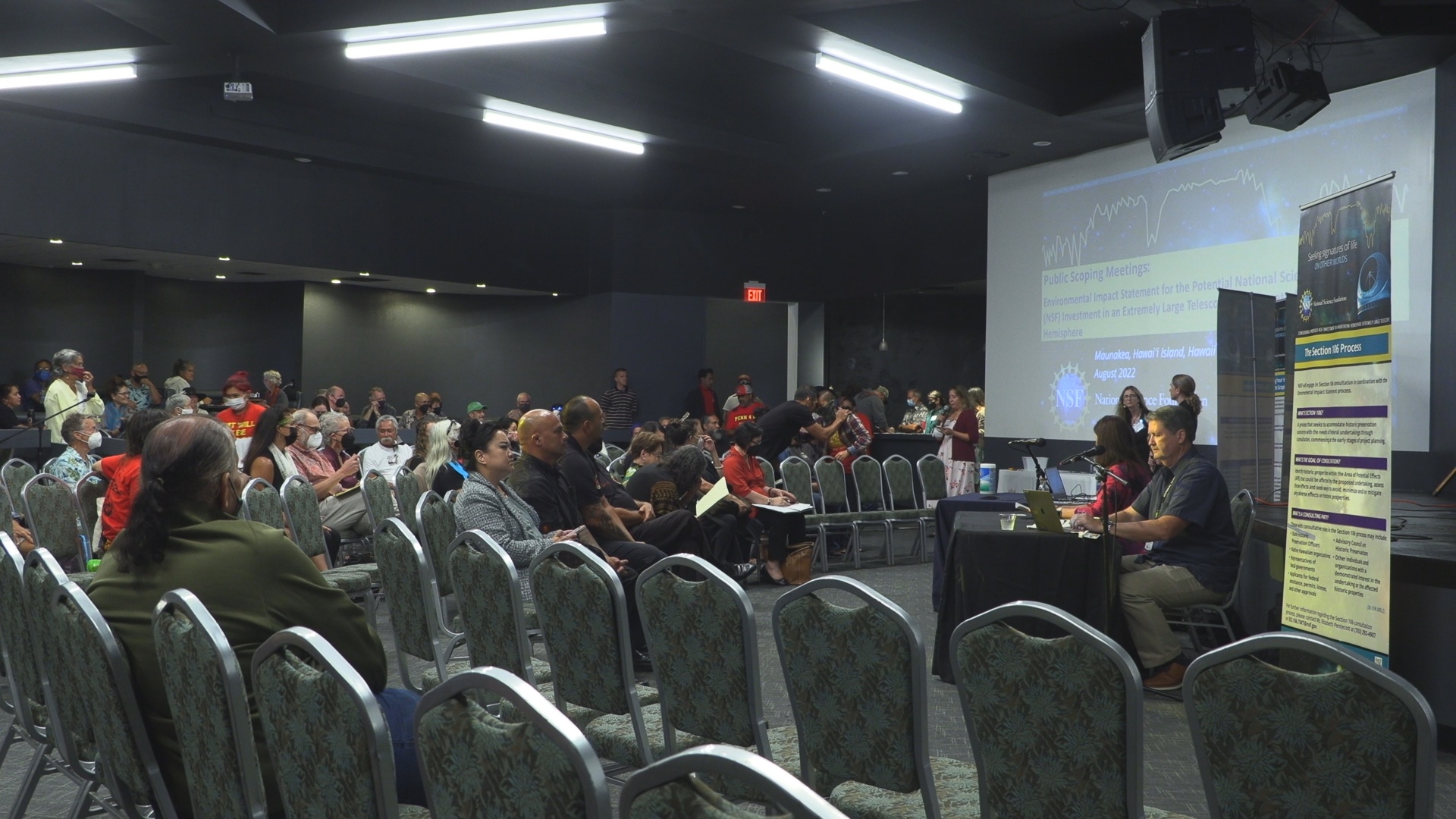 Mililani Trask, Hawaiʻi Island Trustee for the Office of Hawaiian Affairs, speaks during a public scoping meeting in Hilo.

(BIVN) – The National Science Foundation kicked off its first of four in-person public scoping meetings planned for Hawaiʻi island on Tuesday evening, inside a crowded Crown Room at the Grand Naniloa Hotel in Hilo.

The NSF is gathering input as it looks to prepare an Environmental Impact Statement and initiate a Section 106 Consultation for its potential investment in the Thirty Meter Telescope project on Maunakea.

Officials gave an overview of the process, and discussed its Draft Community Engagement Plan, which “outlines the specific ways NSF seeks to promote effective and meaningful public engagement during its review.” 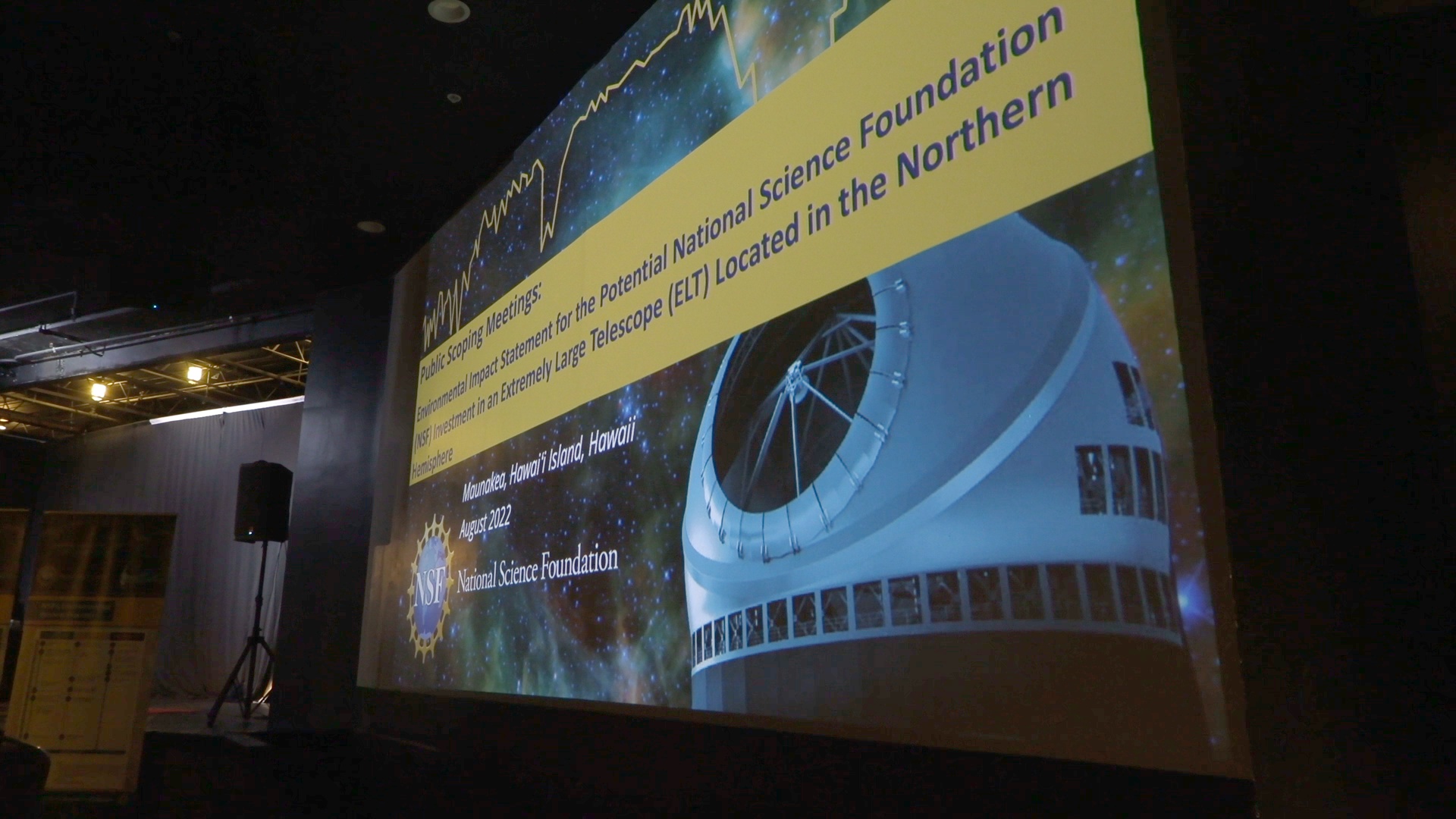 Many of those who stood on Maunakea in opposition to the TMT in prior years were in attendance, and voiced thier disapproval of the entire proposal.

Meetings will continue at the following locations:

In addition to the public meetings, comments on NSF’s Draft CEP may be submitted “in writing via the environmental review website, or via postal mail through September 17, 2022” at: beta.nsf.gov/tmt.