Video provided by the Hawaiʻi DLNR on Friday evening (Aug. 12), edited by BIVN. A synthesized voice was utilized in the narration for this story.

WAIKOLOA, Hawaiʻi - After burning through invasive fountain grass, the 16,400-acre fire has now moved into some dryland forest. 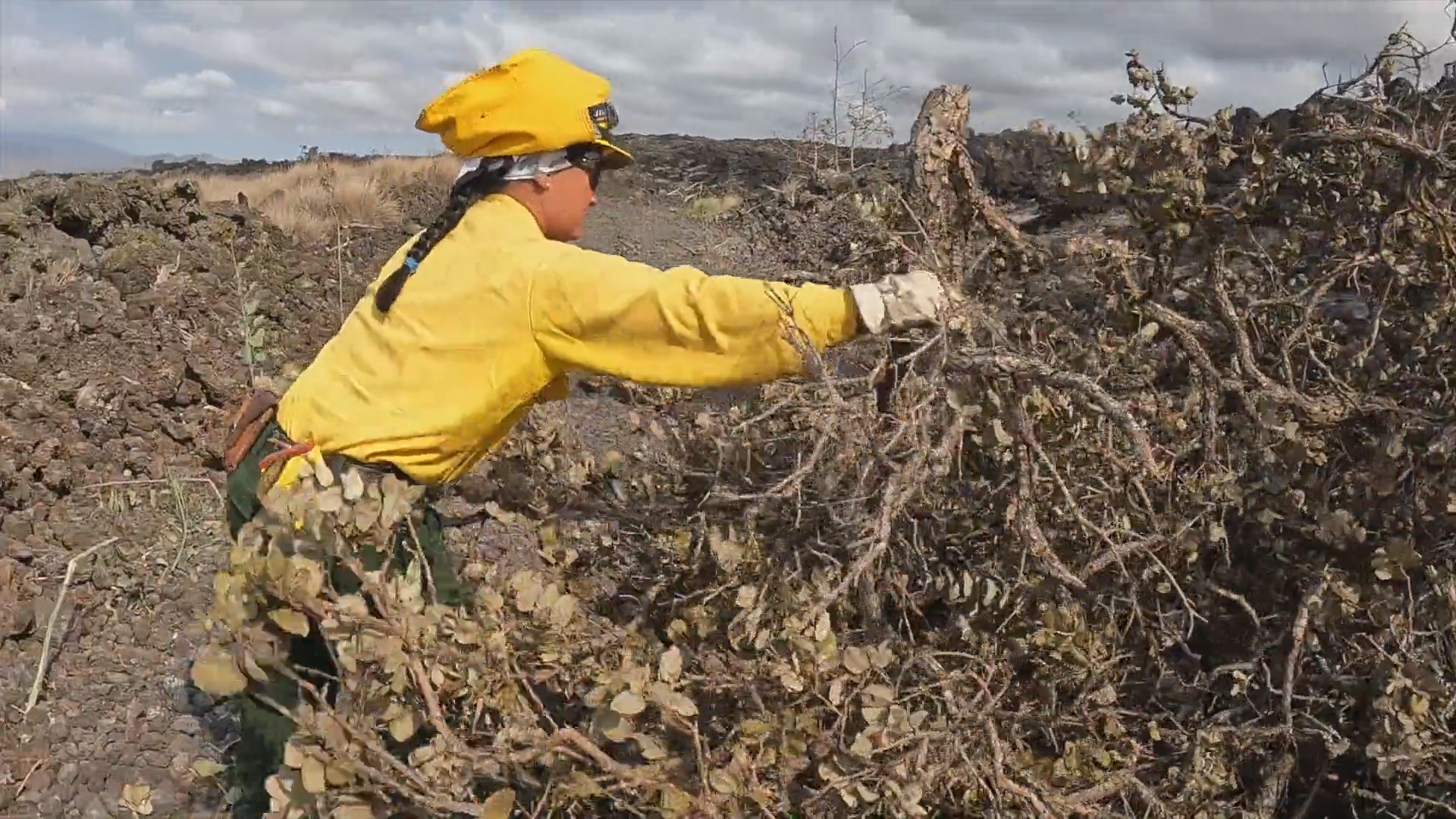 (BIVN) – The large wildfire on Hawaiʻi island continues to burn and officials say it is only 30% contained. As of 3 p.m. on Friday, no homes or structures are endangered, and the fire is 2.1-miles from Highway 190.

Smoke from the blaze has reduced visibility on the highway and in the surrounding area.

State officials say the fire, which they have named the Leilani fire, has grown to 16,400 acres today. That number is an increase from the 10,000 reported yesterday, but a reduction in the 25,000-acres that the State estimated this morning.

Today, firefighters from federal, state,and county fire departments, supported by heavy equipment and water-dropping helicopters, continued building fire line and setting backfires to send the fire back into blackened areas where it is unlikely to spread.

Steve Bergfeld, the Hawai‘i Island Branch Manager for the DLNR Division of Wildlife (DOFAW), and one of three incident commanders on the fire, said, “The last two days the fire was mostly burning in invasive fountain grass. It’s the first plant that comes in after fire disturbance. Unfortunately, the fire has moved into some dryland forest which has native ōhiʻa lehua and we are trying to keep flames away from this sensitive area.” 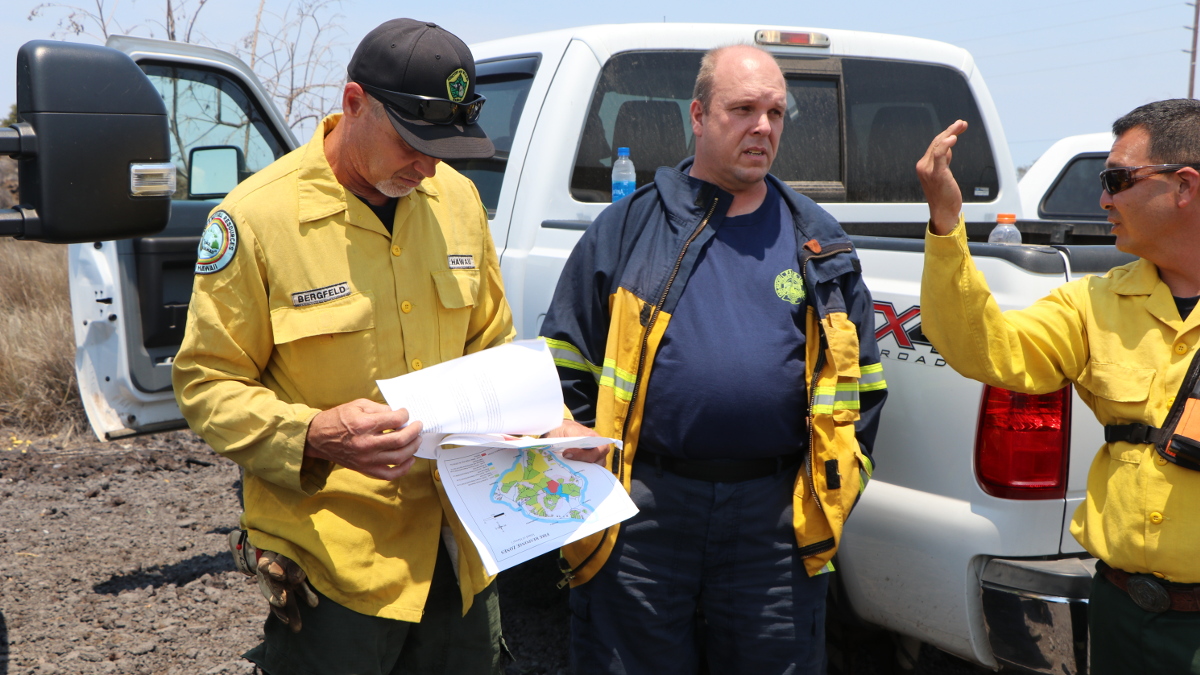 No homes or structures are endangered, and the fire is 2.1-miles from busy Highway 190, where earlier today, heavy smoke reduced visibility. At the intersection leading into Waikōloa Village, Hawai‘i County Police officers were helping establish new temporary traffic patterns to accommodate the large water tankers that are replenishing brush trucks and “dip” tanks closer to the fire’s active front.

It was also announced that the Pu‘u Wa‘awa‘a Forest Reserve archery Makai hunt, and the youth and disabled hunt will be open this weekend. “DOFAW staff will be at the hunter check station from 5:00 a.m. – 3:30 p.m., both Saturday and Sunday to sell tags and answer questions,” the State says. “The forest reserve is nearby and hunters may experience smokey conditions.”

Officials said the fire “actually started several weeks ago on the Pohakuloa Training Area,” but no smoke was visible, “as the fire apparently lay dormant until this week’s high winds whipped it into a frenzy.”