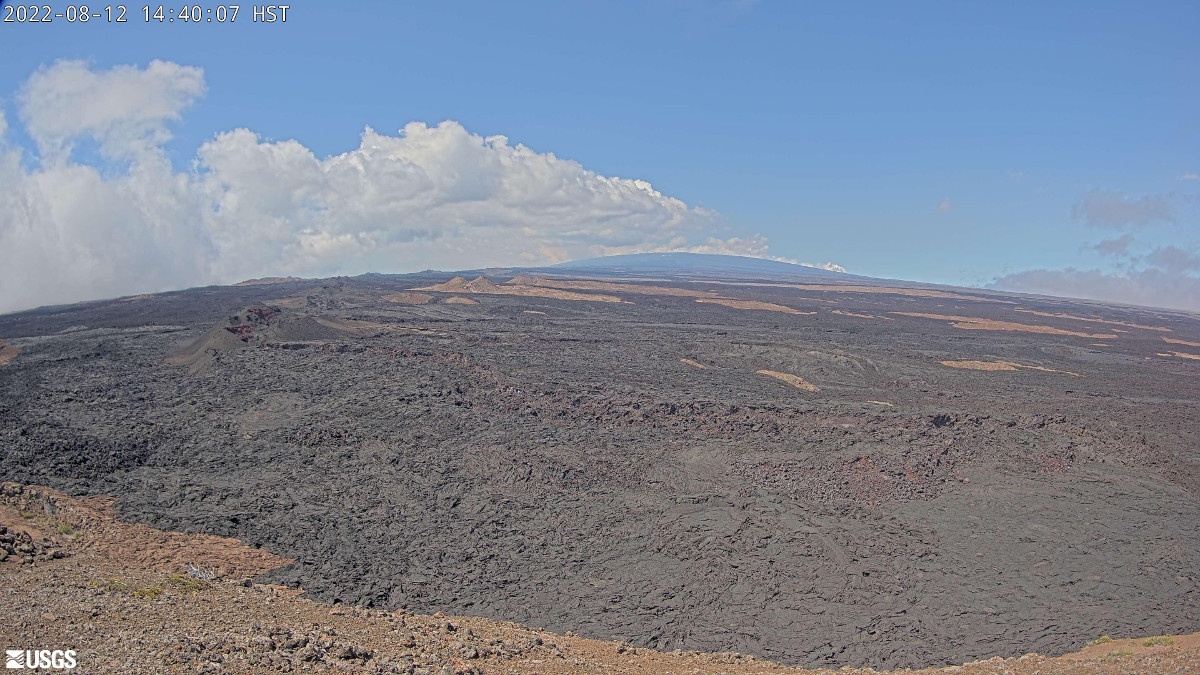 USGS: This image is from a research camera positioned on a cone in Mauna Loa's Southwest Rift Zone in Hawaiʻi Volcanoes National Park. The camera looks northeast (upslope), focusing on the middle part of the Southwest Rift Zone. The volcano's summit is at upper right.

HAWAIʻI ISLAND - The USGS Hawaiian Volcano Observatory reported Thursday that Mauna Loa Volcano is not erupting and remains at an ADVISORY alert level. 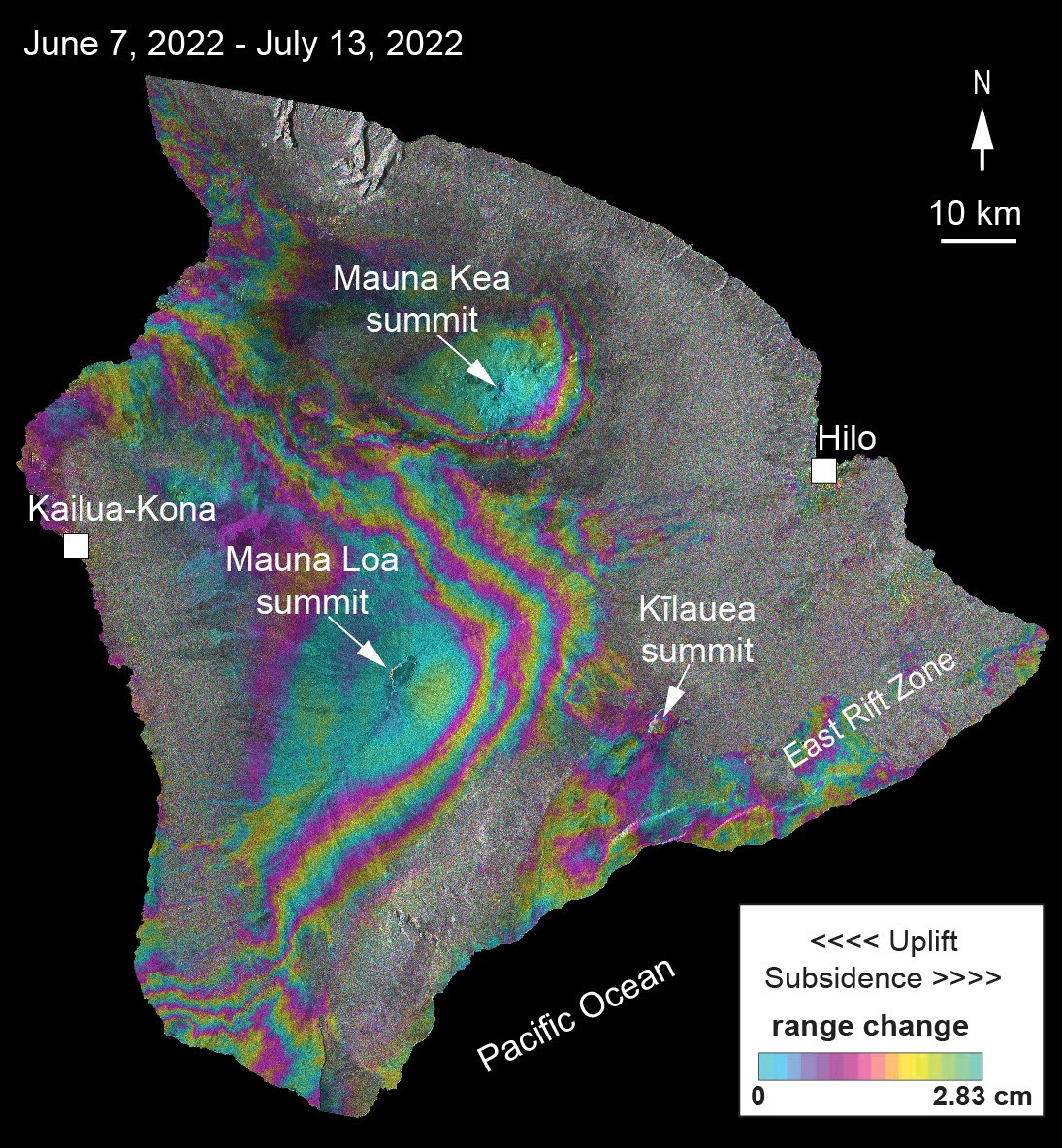 USGS: “Recent Sentinel-1 interferogram for the period from June 7 to July 13, 2022 covering the Island of Hawai‘i. Each color fringe represents 2.83 centimeters (1.11 inches) of ground displacement. There is evidence for a few millimeters of inflation at Mauna Loa, and no noteworthy deformation at Kīlauea during this time span. In addition to ground deformation, this interferogram captures significant atmospheric noise. Copernicus Sentinel data was provided by the European Space Agency.”

A short-lived earthquake swarm was detected under Mauna Loa volcano last week, as rates of seismicity temporarily increased above long-term background levels on the evening of August 2, however returned to background levels by the morning of August 3. About 90 earthquakes were located beneath Moku‘āweoweo, Mauna Loa’s summit caldera, at a depth of around 2 miles below the surface. During the earthquake swarm, “a minor tilt increase of 1.5 microradians was observed on one tiltmeter (MOK) at the summit, though a small part of this signal includes normal diurnal effects.”

The USGS noted that the swarm was a “relatively small increase in volcanic unrest and remains within the range of fluctuations observed over the past several years.”

During the past week, HVO seismometers recorded approximately 69 small-magnitude earthquakes below the summit and upper-elevation flanks of Mauna Loa.

Low rates of deformation in the volcano’s summit region continued through the past week, and the USGS says webcam views have shown no changes to the volcanic landscape. “Concentrations of sulfur dioxide (SO2), hydrogen sulfide (H2S), and carbon dioxide (CO2), as well as fumarole temperatures, remain stable at both the summit and at Sulphur Cone on the upper Southwest Rift Zone,” the HVO reported.