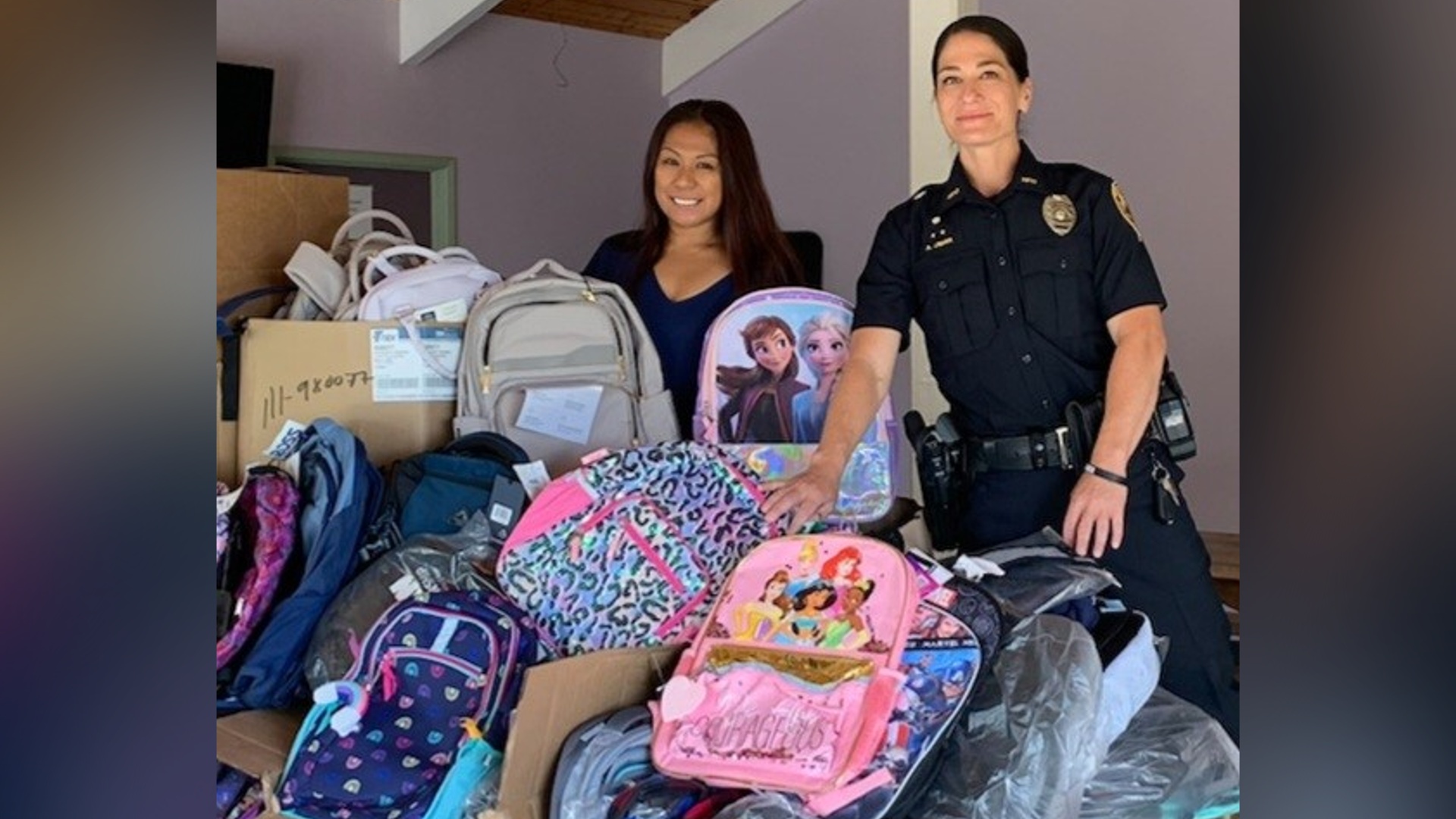 Over 700 Backpacks Collected For Island Keiki In Need

HAWAIʻI ISLAND - Hawai‘i Island police and Hope Services Hawaiʻi held a backpack drive for Big Island keiki in need during the months of June and July.

The Hawai‘i Police Department would like to thank the Big Island community for their tremendous contributions to the recent backpack drive. After a hiatus due to the pandemic, Hawai‘i Island police, in conjunction with Hope Services Hawaiʻi, held a backpack drive for island keiki in need during the months of June and July. The drive was a resounding success, with a record number of backpacks donated. In all, more than 700 backpacks were collected throughout the island’s police stations and given to Hope Services Hawaiʻi for distribution to needy keiki at shelters and transitional housing facilities for the new school year.

The backpack drive culminated with the State of Hawaii Organization of Police Officers (SHOPO) making a generous donation to Hope Services Hawai‘i to be used for additional services for keiki at their shelters.

Since 2008, Hawaiʻi Island Police in partnership with Hope Services Hawaiʻi, have been collecting school backpacks for children who cannot afford them. Backpacks are the most requested non-food item by charities in Hawaiʻi.