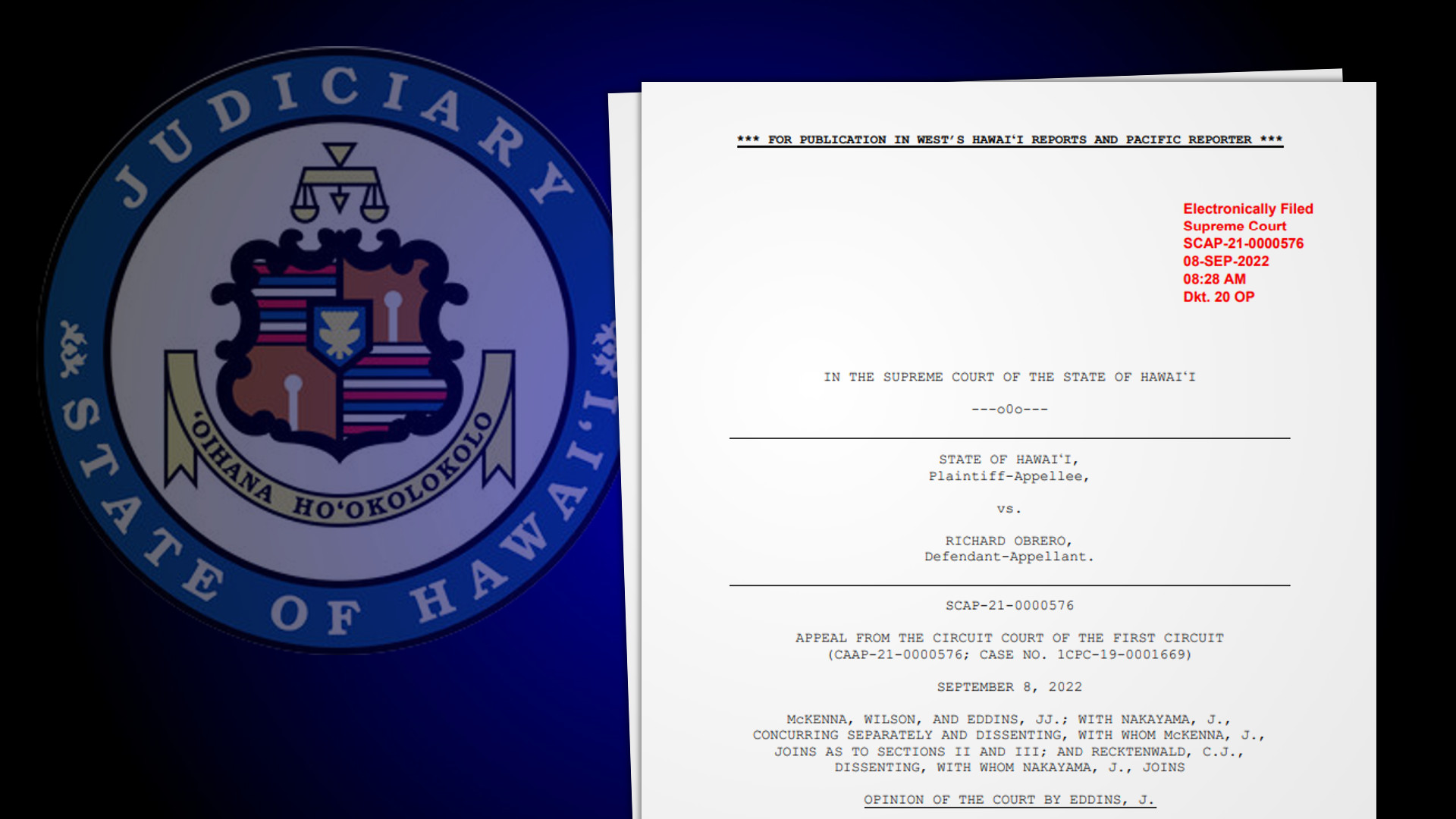 HONOLULU, Hawaiʻi - The Hawaiʻi Supreme Court decision in State v. Obrero makes clear that criminal defendants cannot be “subject to be tried and sentenced to be punished in any court” without an indictment.

From Prosecuting Attorney Waltjen in response to the Hawaiʻi Supreme Court decision:

“Today, the Hawai‘i Supreme Court released its opinion in State v. Richard Obrero, which determined that Hawaii Revised Statutes Section 801-1 precludes the State from initiating felony prosecutions by way of complaint and preliminary hearing. Our Office is extremely disappointed in the Court’s decision in Obrero. This decision contradicts established criminal law practices and procedures which have been in place in Hawai‘i for the past forty years. It also disregards the intent of voters, interferes with law enforcement, and jeopardizes public safety. The decision impedes the commencement of criminal proceedings in arrest and charge situations for serious cases, including but not limited to murder, kidnapping, robbery, domestic violence, drug trafficking, and sexual assault. As a result, offenders may be released until prosecutors are able to proceed via information charging or schedule a grand jury presentation. To make matters worse, not all criminal charges are eligible to be initiated via information charging and opportunities for grand jury presentation are limited. Here on Hawai‘i Island, we are only afforded grand jury opportunities three times a month—twice per month in Hilo and once per month in Kona.

Our Office agrees with the dissenting opinion of Chief Justice Rectenwald, which provides in relevant part that ‘[t]he fact remains that the Majority today reaches a result that neither the legislature nor the electorate ever intended.’

I have reached out to our Hawai‘i State lawmakers and the Governor for their assistance to expedite the amendment of Section 801-1 to limit the adverse effects of Obrero. This decision will not deter our Office from seeking justice for victims and working toward making Hawai‘i Island a safer place.”